China is a global technological leader in renewable energy and is the world’s largest consumer of solar power. Both of these accomplishments came after Chinese policy leaders realized that coal-fired power generation stood in the way of cleaner skies and lower cost power.

As China knows, “clean” coal simply does not exist

Yet in October, Chinese Premier Li Keqiang renewed focus on what the global public relations’ arm of the mining industry calls “clean” coal with comments on China’s potential for the development of new coal and coalbed methane technologies.

As China knows, “clean” coal simply does not exist. “Clean” coal describes a hope that new emissions abatement or carbon capture and sequestration (CCS) technology might one day solve the coal problem. To date both technologies have proven uneconomic and unsuccessful in reducing emissions.

This apparent conflict between China’s track record of leadership in clean energy technologies and its troubled relationship with coal will leave China watchers parsing Li’s comments for insight into China’s plans for the 14th Five Year Plan which will cover 2021 to 2025. They may have to dig a little deeper to unpack this saga, however.

While it is tempting to believe that China’s leadership may be harbouring some special plans for “clean” coal, the more likely scenario is that they are using the “clean” coal narrative to distract from a more uncomfortable problem.

SIMPLY STATED, CHINA HAS FAR TOO MUCH UNDER-UTILIZED COAL-FIRED POWER CAPACITY. In commercially driven power systems, this would be unsustainable. Beijing however is not yet ready to make the tough decisions necessary to acknowledge the problem or to fund the type of regional stabilisation programs that may be needed to down-size coal production and power.

These decisions are tough for three reasons. The first is that China’s coal-power fleet is young—reflecting a legacy of planning mistakes and over-building due to local government incentives. Tragically, much of this over-building took place over the past five years even as Chinese renewable energy technologies were winning market share.

The second reason is cost. To deal with growing health problems associated with nitrogen oxides (NOx), sulphur oxides (SOx) and particulate emissions, the leading Chinese coal-fired power companies have spent the past five years extensively retro-fitting their domestic fleet with new pollution abatement equipment. For a sector with high debt levels and very thin margins, this was a major capital expenditure burden that the companies hope to be able to recover through longer asset lives and improved dispatch—neither of which are a sure thing.

The economics of coal do not work

The third reason relates to the fundamental nature of coal itself. In a word, coal is dirty and any effort to make it “clean” raises costs and reduces operational efficiency. Indonesia’s Adaro Energy produces “Envirocoal” which purportedly has less SOx and NOx per kilogram than grades of coal commonly found in China. Unfortunately, it also has lower energy value. IEEFA estimates that a coal-power plant would have to burn 26% more “Envirocoal” to generate roughly the same amount of power that can be produced using domestically sourced Shanxi coal before considering the added handling, storage, or transport costs for increased coal requirements.

THIS IS WHERE THE MOST AWKWARD FLAW IN CHINA’S “CLEAN” COAL NARRATIVE should be acknowledged. The economics of coal do not work. It reinforces the case for accelerated decommissioning of older and sub-scale coal units. And it also tips the planning balance in the direction of investments that can accelerate China’s grid build out to increase the dispatch of renewables. A grid that can integrate clean deflationary renewables provides a hedge against coal price volatility and reduces the need to pass pollution remediation costs on to price-sensitive consumers.

There is one final flaw in China’s “clean” coal narrative. It equates “clean” with pollution and air brushes carbon emissions out of the equation. Investors have seen evidence of this disconnect for years. China’s leading coal-fired power companies are enthusiastic in reporting to investors about the dramatic improvements they have achieved with their new ultra-low emission coal-fired generating units. For example, China Shenhua reports reductions in per kilowatt hour (kWh) emissions of “soot”, SOx, and NOx of 5.5%, 9.3%, and 17.9% respectively over the past five years.

“Clean” coal just draws attention to mistakes of the past.

These pollution intensity improvements must be put in context. China Shenhua increased their installed capacity of coal units by 46.8% during the same period and generation by 25.1%. That means that any gains are offset by more coal-fired generation, adding to the company’s conventional pollution emissions and its still unreported carbon emissions.

While Western and Asian power equipment companies have poured money into failed investments in technologies like CCS, China instead has a legitimate claim on global technological leadership in renewable energy.

“Clean” coal just draws attention to mistakes of the past.

This article first appeared in the South China Morning Post. 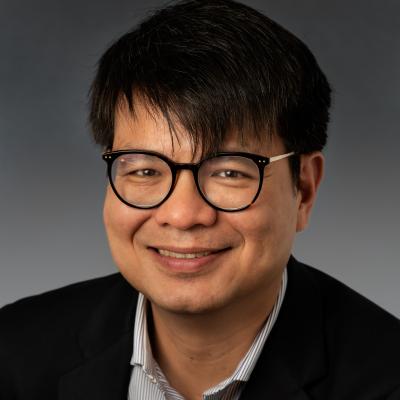