Based on current government reports, however, through the first four months of 2019, the Argentine plan is off to a slow start. 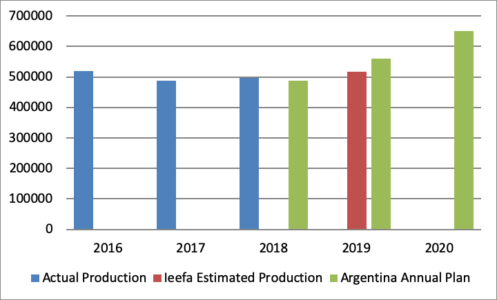 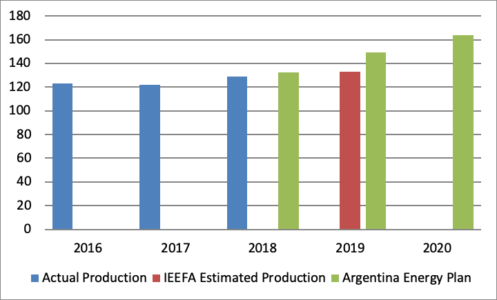 THE FAILURE TO MEET PLANNED GOALS IN 2019 EILL REQUIRE ARGENTINE OIL AND GAS PRODUCERS TO REDOUBLE their efforts in 2020 to avoid further erosion of the plan. For example, if Argentina is to catch up to its goals in 2020, gas production would need to increase by 23% from 2019 levels.

In a tacit acknowledgement of Argentina’s weak performance, President Mauricio Macri recently expressed concern that the world was moving away from fossil fuels and that many of the oil and gas companies doing business in Argentina were “laid back” about progress in Argentina.