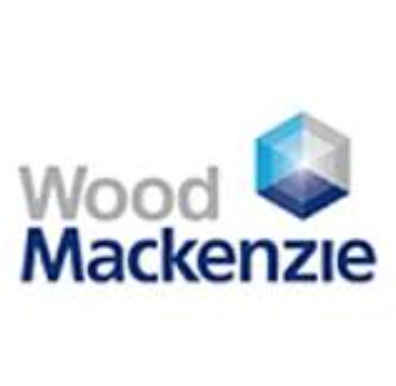 Wood Mackenzie in the lead-up to the collapse in the coal industry was the principal major business consultancy driving bullishness on the global coal trade.

Granted, Wood Mackenzie is a firm with a great brand name—much of it deserved. Its coal-export analysis in recent years is not among the sagas that have earned it its strong reputation, however.

Wood Mackenzie’s work on this point, best characterized by the broadly publicized view that over 500 million tons per year would be exported from the U.S. by 2030, was cited in countless coal-industry presentations and disclosures to investors. Those included annual 10K filings and 8K filings (required for material changes in corporate developments) to the Securities and Exchange Commission. WoodMackenzie’s famous—or now infamous—outlook—was quoted in industry IPO disclosures and in regulatory and judicial proceedings and the like. That 500-million-ton figure, as time goes by, looks increasingly absurd. U.S. coal exports this year will be in the 60-million-ton range.

IEEFA is on the record as having been consistently critical of WoodMackenzie’s optimism, never so persuasively, perhaps, as when we partnered almost two years ago with Carbon Tracker to a release a report documenting how global coal markets were in deep structural decline and not likely to recover.

About the same time that that report came out, analysts at Citi, Bernstein, JPMorgan Chase, Goldman Sachs also became more bearish, repeatedly responding to the key turning points evident in the global coal trade sector (this trend is stark today in both the record 11 percent year-on-year decline in China’s April 2016 coal production and the 33 percent year-to-May 2016 year-on-year decline in U.S. coal production).

Wood Mackenzie was the outlier, persisting in its coal-export optimism, influencing investors and public-policy decision makers like those who were tasked with weighing whether to build expensive, greenfield coal-export terminals on the West Coast of the U.S.  It was misinformation, in a word, old and outdated.

Today comes a mea culpa, of sorts—even if it’s not cast explicitly as such—in a WoodMackenzie blog post by Andy Roberts, the firm’s research director for global thermal coal markets.

Some passages of note:

Roberts’ blog entry follows several others this year in which the firm has back-pedaled on its former bullishness. We initially noted the change in tune in February, when we posted a commentary of our own with a conclusion we stand by today:

“Independent analysts, it seems, have been either better informed or more willing to state the truth than analysts paid by the coal industry and the banks and investment houses that abet misguided coal-production expansion schemes.”