IEEFA Update: Elections Have Consequences, but Perhaps Few That Can Save Coal 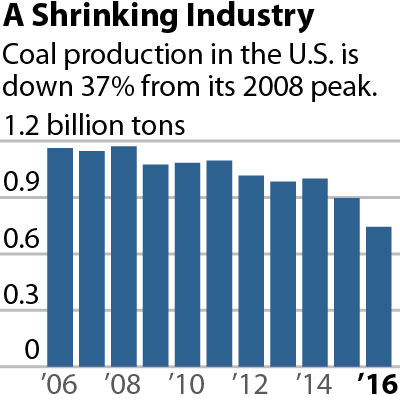 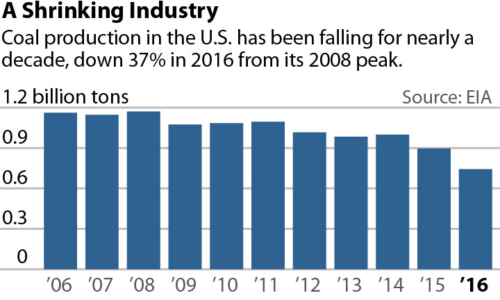 We didn’t make it this year to the Coaltrans USA conference last week in Miami, but we heard tell of some smart talk at the event by two of the industry’s CEOs, Bob Murray of Murray Energy and Kevin Crutchfield of Contura Energy, né Alpha Natural Resources.

The conference, where executives and analysts gather for an annual collective assessment of the U.S. coal industry, comes at a time when American electricity-generation markets are continuing their shift toward natural gas and renewables.

Crutchfield conceded that the global crackdown on emissions is not to be underestimated, that it will continue to affect the coal industry and that it will do so independent of whatever happens in the U.S. He seems to get that global sentiment has congealed around the climate-change issue, and that the momentum is toward a clean energy economy.

To his credit, he thinks it shortsighted for the coal industry to ignore this momentum, its international scope, and the fact that pressure for change is permanent.

Murray sounded what was perhaps a more optimistic note, seeing in the new administration less to worry about than in the previous one, but—to his credit—acknowledging that there’s not a lot to cheer about. He skewered Mitch McConnell for having done so little for the coal industry, in his estimation, and Murray said he was glad the Senate has recently taken action to block stream-protection rules, but that the move isn’t much of a victory for the industry.

ONE POINT OF CONTENTION ACROSS THE INDUSTRY revolves around the viability of carbon capture and sequestration, the largely experimental notion that “clean coal” will save the day.

Crutchfield said no utility executive in his or her right mind would build a coal plant in the U.S. today, but argued for an era of innovation to pave the way for CCS. Murray says CCS is a waste of time, fully aware that the industry has a weak track record on innovation and probably lacks the DNA to change.

Both men were around during the second Bush administration when it canceled federal funding for a major CCS project because it was simply too expensive. And both know that the same administration canceled a 70-year-old federally subsidized coal plant program through the Department of Agriculture. They know, too, that the industry itself has spent precious few dollars on CCS, leaving the risks to ratepayers and shareholders of large utilities like Duke Energy and Southern Company.

ANOTHER ACKNOWLEDGEMENT, ONE THAT DOUBLES AS A WARNING, has to do with what Crutchfield (and others) say is the industry’s lack of access to capital, although Crutchfield takes this problem in a peculiar direction.

“We are protected from ourselves somewhat,” he said, coming at it from the perspective of a CEO who held onto his job through a bankruptcy and who knows full well that any new investment in the U.S. coal only encourages a lousy industry to continue pursuing a whole host of poor practices. But to Crutchfield, the capital markets’ avoidance of coal may push the industry to break its long lack of financial discipline. This is one hell of a statement, coming especially by a CEO of a company that just emerged from bankruptcy and that now presumably knows more about financial discipline than he used to.

Bowie Resources also weighed in via a representative who said bankruptcies have neither made the industry more efficient nor created “going concerns.” The argument put forward on this point is that the industry should have fewer companies mining less coal for a much smaller customer base than it has had historically.

Such discussions within the industry itself come as Peabody Energy pursues a plan to borrow $1 billion and as new coal IPOs are in motion. (Note to investors: Beware.)

While everyone in the coal industry of course knows its side won the presidential election and that regulatory relief supposedly is on the way, they know too that market forces drive coal fortunes. And all of them know the market trends are not positive.

Elections have consequences. One of them now for the coal industry may be greater influence over the federal government, but that may mean next to nothing at the end of the day. We imagine how the new administration will move from a chaotic chronic stumble to a more workable day-to-day operation. It will become crystal clear then that the it can’t prevent the coal industry from further shrinkage.

Keep in mind that Secretary of State Rex Tillerson during his long tenure at ExxonMobil was never much of a coal advocate.

Secretary of Energy Rick Perry was in the pockets of oil and gas when he was governor of Texas.

Interior Secretary Ryan Zinke and Environmental Protection Agency Director Scott Pruitt will give some gifts to coal, perhaps, but none that can keep on giving.

IEEFA Op-Ed: Investors Should Steer Clear of the Keystone Pipeline