IEEFA Australia: Preparing the grid for a future without coal, blackouts or emissions 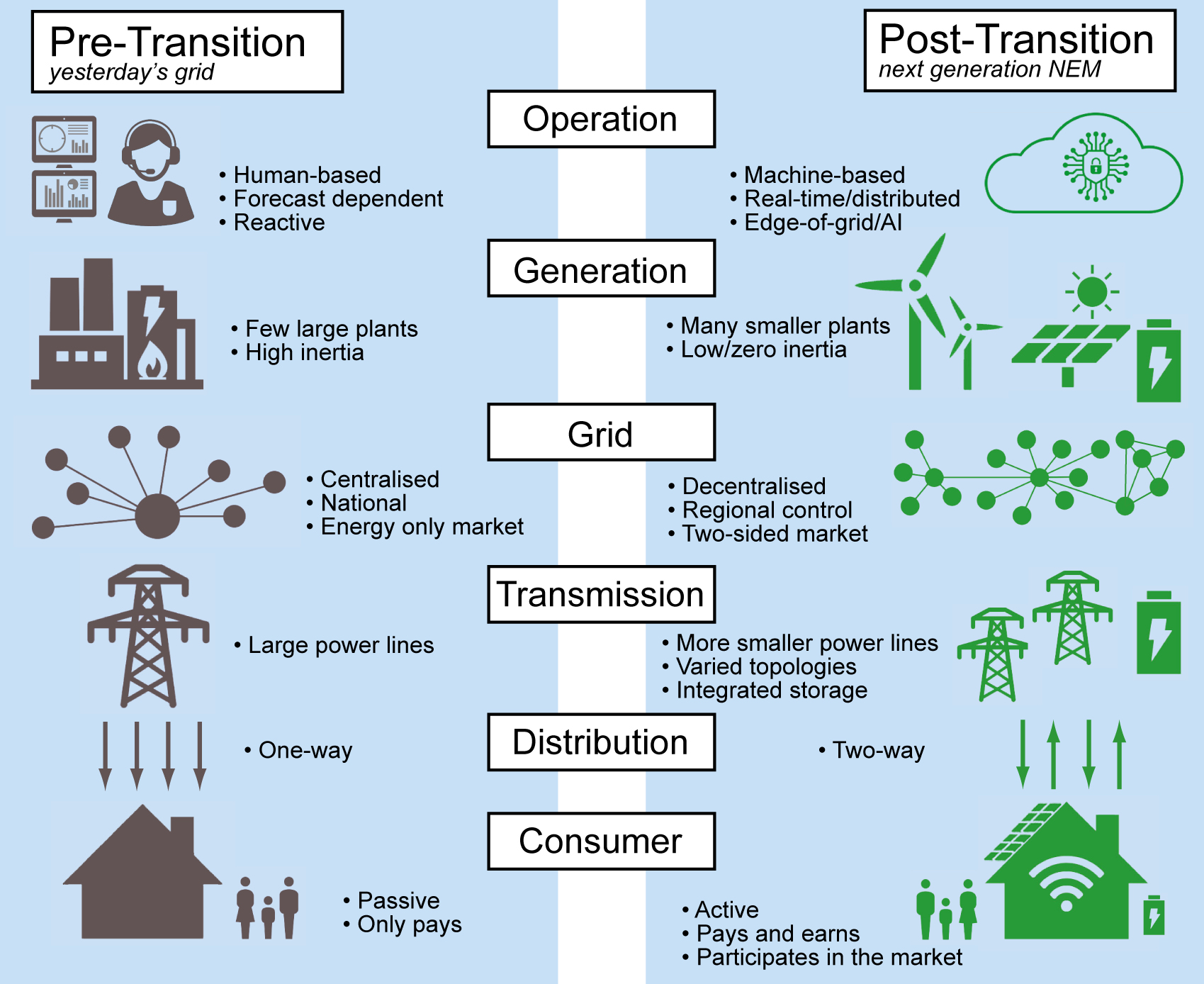 19 March 2021 (IEEFA Australia): Australia’s electricity grid has always relied on coal-fired power for stability, but with more renewables coming into the mix, that needs to change, finds a new report by the Institute for Energy Economics and Financial Analysis (IEEFA).

We expect other power stations will close sooner than expected

Liddell power station in NSW is closing in 2023, Yallourn in Victoria will close in 2028, and with the way things are going we expect others will close sooner than previously expected.

Author of the report Australia’s Opportunity To Plan Ahead for a Secure Zero-Emissions Electricity Grid, Tim Finnigan says energy planners and agencies have an immense opportunity to rethink the electricity system of the future before plans are set in stone.

“Energy planners are currently grappling with the flood of renewable energy that is coming in and mixing with legacy coal-fired generation, reducing stability and raising the risk of blackouts,” says Finnigan. “Planners are looking for ways to preserve the role of synchronous inertia from coal plants and other sources to help smooth out grid faults and disturbances.

Finnigan says that if planned well, there will be no need for synchronous inertia in the longer term as the grid shifts towards zero-inertia renewables.

“The future will require an entirely new approach to maintaining grid stability.”

The Energy Security Board (ESB), the Australian Energy Market Operator, state and federal governments, and industry stakeholders are all currently working on future proofing the electricity system.

“At the moment, energy planners are looking forward 10 to 20 years, but it’s not exactly clear what the national electricity market is transitioning towards,” says Finnigan.

“As renewable energy increases towards 100%, the grid will require substantially different physical and operational designs that do not rely on the synchronous inertia model of the past.

“A grid with very low or zero inertia could be more flexible, and easier to control.

“In the same way that a motorbike is easier to control than a semi-trailer, the future grid could be more controllable and actually perform even better than the one we have today.

“The future grid will be as much a digital communication system as it is an energy management system, with electronics and software providing grid security and stability.

“Planners need to put in place the right framework now so that we can move beyond an inertia-based grid in the future and to avoid significant investment becoming stranded along the way.”

Read the report: Australia’s Opportunity To Plan Ahead for a Secure Zero-Emissions Electricity Grid – Towards Ending the Reliance on Inertia for Grid Stability

Tim Finnigan is a guest contributor at IEEFA.