Experts agree that the transition to renewable energy will continue to be driven by financial considerations independent of systemic shocks, such as the coronavirus pandemic or international price wars, according to analysis presented during the first week of IEEFA’s 2020 Energy Finance Conference.

The annual convening of international energy, finance, and policy experts is being offered online this year because of travel and other COVID-related restrictions. Presenters focused on the outlook for the U.S. electricity grid; how the global capital shift away from fossil fuels is accelerating; and prospects for the oil and gas industry.

“You can’t stop the transition,” said Jim Hempstead, a managing director for Moody’s

“You can’t stop the transition,” said Jim Hempstead, a managing director for Moody’s Global Project & Infrastructure Finance Group, during the session on projections for the U.S. electricity mix. “It’s well under way, and the economics speak for themselves.”

Hempstead described the trend of retiring fossil-burning assets, such as coal-fired plants, as a “triple-win” for the sector that benefits shareholders, environmentalists, and regulators. Although the sector is resilient with a default rate that’s roughly 4½ times lower than non-financial corporate bond issuers, both he and Julien Dumoulin-Smith, a Bank of America securities research analyst, agreed that utilities will need to take care to avoid taking on too much debt as they shift capital investment to renewable sources.

The inevitability of a transition to renewables has been reinforced by deflation, especially in the battery and electric vehicle sector, said Tim Buckley, IEEFA’s Director of Energy Finance Studies for Australia and South Asia.

“Deflation to me is the absolute driving factor on why this energy system disruption is inevitable,” he told a panel exploring the global capital shift from fossil fuels. “It’s accelerating, and it’s catching everyone by surprise.”

The cost of solar in India is likely to fall another 99 percent, according to Tim Buckley

The cost of solar in India has fallen 99 percent over the last four decades, Buckley said, adding that it’s likely to fall another 99 percent over the next 40 years, “such that variable renewable energy will be effectively free. To me, that is the absolute game changer…the point where financial markets are realizing this is an end game that’s technically achievable.”

HEFFA SCHÜCKING, FOUNDER AND DIRECTOR OF URGEWALD, A GERMANY-BASED ENVIRONMENT AND HUMAN RIGHTS NONPROFIT, outlined a five-step plan for accelerating the shift away from fossil fuel projects. First, she said, the finance industry needs to be viewed as a herd, rather than a collection of individuals; if the correct individuals shift, the herd follows. Second, information is power, and investors often have no idea how much of the energy in a given project is derived from coal. Third, civil society campaigns are necessary to push for change.

Schücking also warned against half-measures, comparing a strong coal divestment policy by Natixis with the HSBC policy, which won’t provide services to new customers that generate over 50 percent of their revenues from coal mining. “That is what I call a bullshit policy,” she said. “It won’t shift capital, it won’t get the job done.” Finally, she said, “the time for patient engagement is over.” Providing investments for fossil fuel projects while admonishing companies for developing fossil fuel projects is a self-defeating exercise and needs to stop, she said.

The oil industry has been in decline for much of the last decade, said Kathy Hipple.

THE CORONOAVIRUS PANDEMIC MAY INDEED BE A “BLACK SWAN EVENT” FOR THE OIL GAS INDUSTRY, but Kathy Hipple, an IEEFA financial analyst, reminded a panel looking at the industry’s prospects that it’s been in a steady decline for much of the last decade. Hipple cited a number of compelling statistics:

“The weak stock market returns that we’ve seen for the past decade are likely to continue,” she said.

MARIANA FERNÁNDEZ, AN ECONOMIST WITH OBSERVATORIO PETROLERO SUR IN ARGENTINA, SAID THE PANDEMIC could be “the straw that breaks the camel’s back” when it comes to the profitability of megaprojects, such as the Vaca Muerta shale play in Patagonia. Fernández said that Vaca Muerta’s viability has been damaged by many factors including its over-reliance on subsidies, its irrelevance to major global actors, uncertain markets, and Argentina’s lack of infrastructure.

Although exploitation of the region’s massive shale reserves has been presented as a solution to the country’s intractable monetary problems, reductions in dollars spent for energy exports are being offset by the need to import supplies, arrange loans between companies, and take on the added risks of speculative overseas ventures.

On Wednesday, July 22, the session will focus on Headwinds for LNG: Cooling Markets, Warming Planet, with IEEFA energy finance analysts Bruce Robertson and Clark Williams-Derry. The panel will be moderated by IEEFA policy analyst Suzanne Mattei.

The week’s activity wraps up with a Thursday, July 23, panel on Petrochemicals: The Final Frontier for Fossil Fuel Survival? featuring Tom Sanzillo, IEEFA Director of Finance, and Sharon Lavigne, Founder and President of RISE St. James. The session will be moderated by Lisa Anne Hamilton, Adaptation Programs Director for the Georgetown Climate Center.

Registration for the online conference is free.

Link to recorded sessions from Week One: bit.ly/2OMAxtP 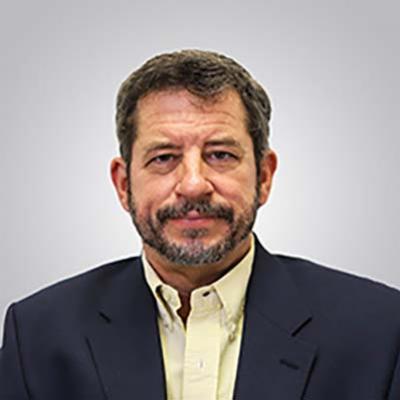