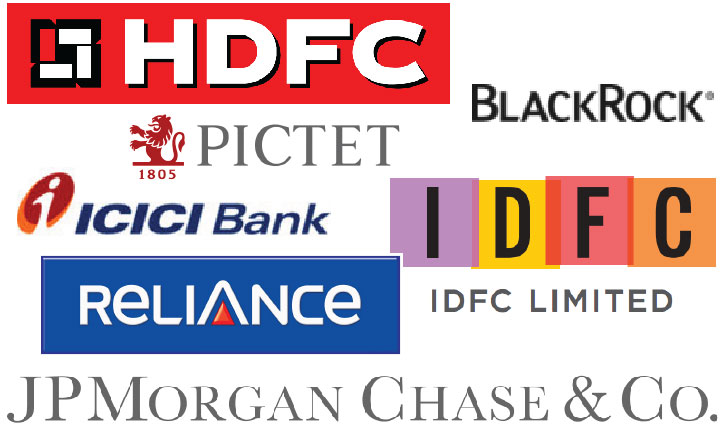 In a continuation of our pictures-worth-a-thousand-words motif we started earlier this week, with the first one on the vast opportunity in BRICS renewables-investment markets, here’s one that offers a revealing look at which institutions exactly are at risk in the exceptionally high-risk Rampal coal-fired project in India.

First, the EXIM Bank of India has a lot on the line here. It has committed a loan of US $1.6 billion for the questionable construction of the plant (here’s a report we published in June explaining how the project is ill-conceived and most likely destined to go bad.)

The Rampal project, if it is commissioned, would face a number of major financial and operational risks. The proposed loan to the Rampal project amounts to what in effect would be equal to 9.2 percent of the total March 2016, balance sheet. By comparison, the top 10 borrowers of the EXIM Bank constituted about 11.1 percent of the bank’s entire balance sheet that month.

But of course the EXIM Bank isn’t alone in sticking its neck out on Rampal. The EXIM Bank of India over the past five years has raised 46.2 percent of its capital from foreign sources that include some of the world’s biggest and most influential pools of money, and its bondholders are being placed in the line of fire, too.

The EXIM Bank has many such backers, a lot of them household-name asset managers who should know better. We’ve just published a detailed memo  that names them and breaks down their exposure, in hard dollars.

The table ranks the banks bondholders by size. Among the biggest and best-known names: BlackRock, JPMorgan Chase, Reliance Group, Sun Life Financial, Franklin Resources, Royal Bank of Canada, AIG, Prudential, Axis Bank, Credit Agricole, HSBC, Bank of New York Mellon, UBS, and Credit Suisse. All of those backers are putting capital at heedless risk by supporting Rampal, which, by the way, carries growing headline risk beyond the financially shaky construct being proposed for the project. 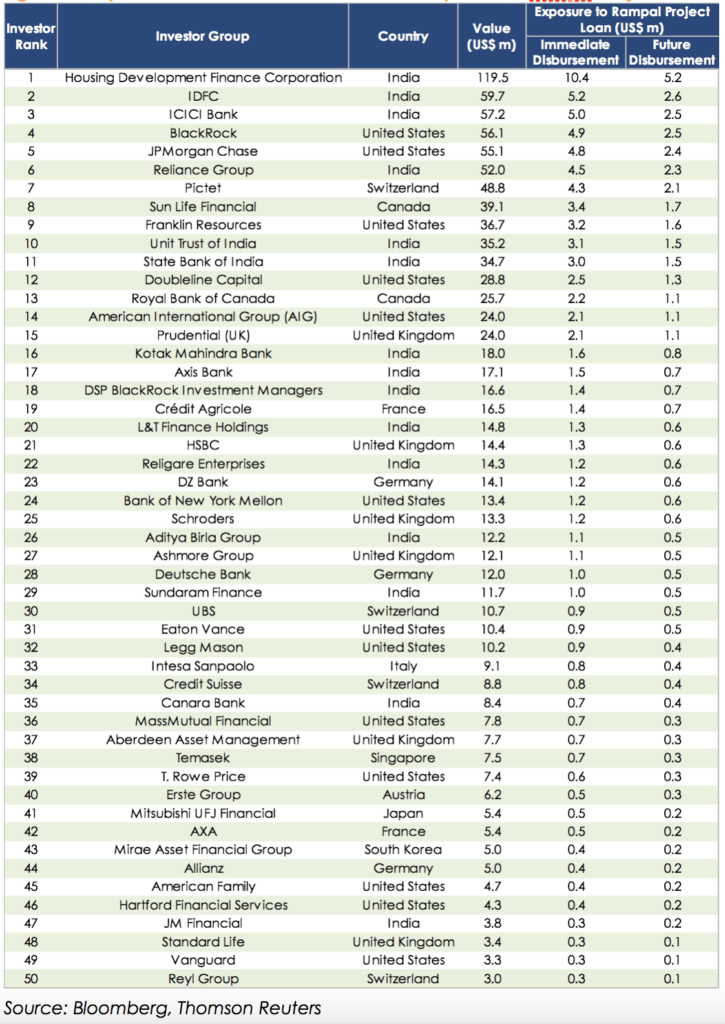 The United Nations, through UNESCO, this week admonished the Bangladesh government to drop the project as a matter of environmental protection. The plant would be built at the edge of and in the watershed of the the world heritage-listed Sundarbans mangrove forest, which provides some of the last remaining habitat for Bengal tigers.

Rampal brings risks almost too innumerable to count. Backers of the India EXIM Bank should take a second look.

Jai Sharda is an IEEFA energy-markets consultant and managing partner of Equitorials.