High coal prices - the other side of the coin

Although much of the focus has been on oil and gas, the big gains for coal miners have led some to call for a “rethink” on coal’s future only months after many nations dialled up the pressure on coal at the COP26 climate conference.

What isn’t considered in analyses by coal boosters is the extremely negative impact such coal prices are having in the developing nations that constitute much of the coal exporters’ customer base.

The energy crisis throughout South Asia clearly demonstrates this impact.

In Australia, coal miners such as Whitehaven Coal have seen significant share price gains since the Russian invasion of Ukraine pushed global coal prices to record levels. Meanwhile, the leadership of Whitehaven has taken the opportunity to try to convince the world that coal has a key part to play in the energy transition.

In lock-step with industry bodies, the World Coal Association among them, the suggestion is that carbon capture technologies will allow “sustainable coal”  to be a key part of the solution to decarbonisation and increased energy security concerns.

The truth is that expensive carbon capture in the power generation sector has a poor track record and is unlikely to play much of a role in power decarbonisation, particularly given the low and declining cost of renewable energy alternatives.

Meanwhile, in South Africa the Russian invasion has helped Thungela Resources become “the world’s best-performing major coal stock” with much coverage focusing on how well investors have done by holding on to Thungela shares following its spin-off from Anglo American.

What hasn’t received much focus is the impact of recent record coal prices in the nations that import such coal and how this will affect coal’s long-term future.

India – South Africa’s largest coal export destination by far and an increasingly important one for Australia since China banned the import of its coal – is suffering a power crisis due to a lack of domestic coal at power plants.

Exacerbated by an extreme heat wave, the resulting power cuts are due more to insufficient power demand forecasting and logistics issues than a lack of domestic coal.

The Indian Government wants to cover the shortfall with more coal imports by blending domestic coal with imported coal but record high international coal prices put such a strategy out of reach of state power utilities that are already dealing with cash shortfalls. The utilities have been warned of a reduction in domestic coal supply if they do not import coal for blending by June 15th, further increasing the risk of power cuts in the states.

The state of Telangana has made clear that imported coal has become unaffordable while the state of Andhra Pradesh has cancelled coal import tenders due to “exorbitant prices”.

Clearly, coal imports are not in a position to improve energy affordability and security

Clearly, coal imports are not in a position to improve energy affordability and security in the midst of this crisis.

Meanwhile, Pakistan can no longer afford to import coal for its power plants. South Africa’s second biggest coal export destination has been cutting power to households with up to a fifth of total power generation offline due to the unaffordability of imported coal and LNG. Paired with unsustainable fuel and power subsidies, the financial burden of such expensive power generation has become almost impossible for the government to bear, as the country teeters on the edge of an economic crisis.

Bangladesh’s own power crisis has been driven more by domestic gas supply issues and the unaffordability of LNG imports but coal-fired power was already worsening the financial status of the nation’s power system.

The new Payra coal power plant – one of a fleet to be built in Bangladesh – was the biggest single contributor to a 58% increase in independent power producer (IPP) costs in FY2020-21. With the cost of imported fossil fuels rising, the Bangladesh Power Development Board proposed a huge bulk power tariff increase of up to 64% to cover growing cash shortfalls a month before the invasion of Ukraine.

The rising cost of fossil fuel imports contributed to the economic crisis in Sri Lanka, which is now suffering from rolling blackouts and street protests. Not only are coal imports unaffordable for Sri Lanka but the country also doesn’t even have the foreign exchange available to buy spare parts for its coal power plants. Reduced reliability of coal power will be the obvious outcome.

The current experience of South Asia makes clear that reliance on imported coal is laden with risk. Seaborne coal is contributing to the region’s energy crisis, not alleviating it.

Moody’s and JP Morgan have recently highlighted that an extended period of high coal prices is only likely to accelerate the transition towards renewable energy, lowering long-term coal demand.

India may be further incentivised to increase focus on its renewables roll-out and domestic coal developments to squeeze out imports, as China appears to be doing in an effort to boost its energy security.

Pakistan is already focusing attention away from coal imports

Pakistan is already focusing attention away from coal imports and towards hydro power and domestic coal. In 2021, Bangladesh cancelled plans for 10 plants that would have been fuelled by imported coal.

The coal industry is trying to project an aura of renewed confidence and relevance as it enjoys the high prices that followed the invasion of Ukraine. The reality is that coal exporters’ sudden profitability is likely to be undermining their longer-term future. 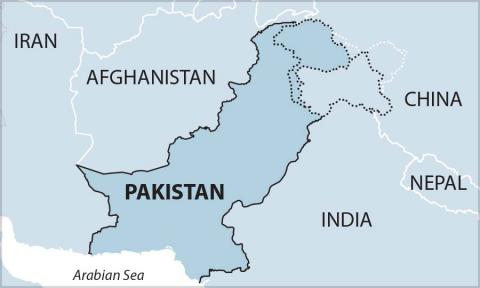