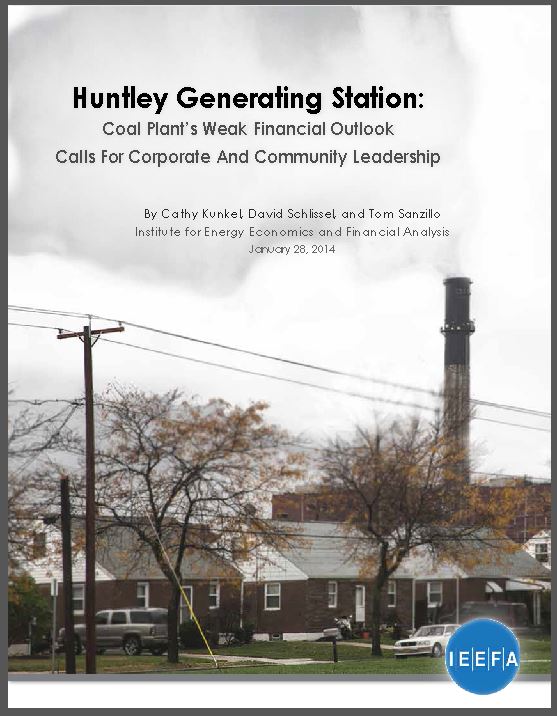 BUFFALO, NY- NRG’s Huntley coal-fired power plant in Tonawanda, New York, just outside of Buffalo, is experiencing average annual pre-tax earnings of a negative $1 million and “does not appear to be financially viable,” according to a new Institute for Energy Economics and Financial Analysis (IEEFA) report requested by the Clean Air Coalition of Western New York.

Available online at www.ieefa.org, the IEEFA financial analysis outlines how the local community can start planning now to handle the projected 70 lost jobs at the Huntley coal plan, as well as the projected 5.9 percent of the region’s Ken-Ton School District budget that will be lost when Huntley disappears from the tax rolls.

The Huntley Generating Station, located in Tonawanda, is one of the few remaining coal-fired power plants in New York State.  Huntley originally consisted of 6 units, placed into service between 1942 and 1958.  Units 1 and 2 (totaling 180 megawatts) were retired in 2005; Units 3 and 4 (totaling 200 MW) were retired in 2007.  The remaining two units, each 218 MW, were placed into service in 1957 and 1958.   Huntley is owned and operated by New Jersey-based NRG Energy, the largest competitive power generation company in the United States. 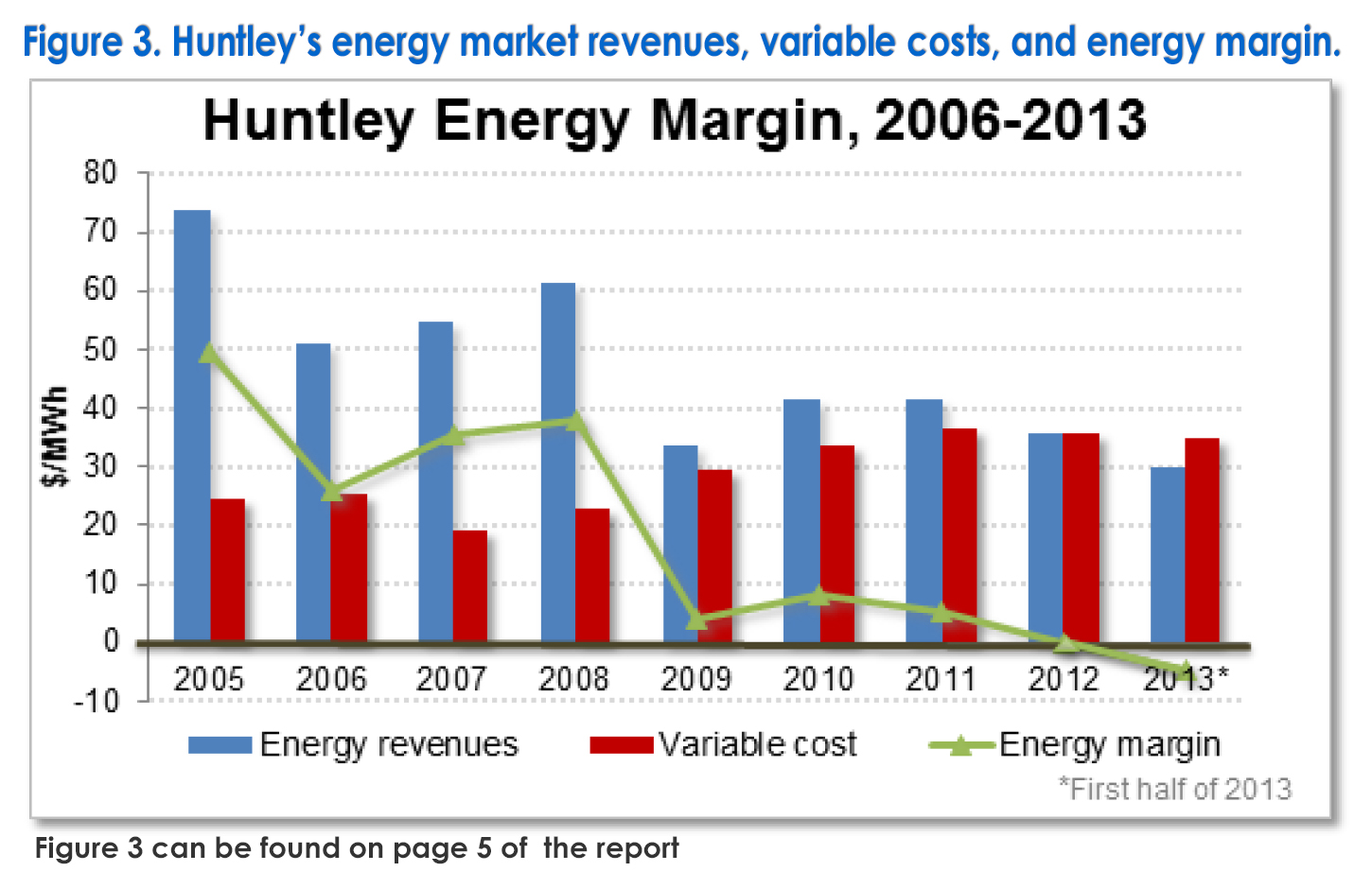 Cathy Kunkel, report co-author and research fellow, IEEFA, said: “The bleak financial future for the Huntley plant does not indicate any near-term relief from the economic forces that have made the plant unprofitable in recent years. Since 2008, weak demand for electricity, coupled with low natural gas prices, have pushed down wholesale electricity market prices.  Coal costs are projected to continue rising, driven by productivity declines as the most accessible coal seams are mined out.  These economic factors have led to serious financial troubles for deregulated coal-fired power plants. From a financial standpoint, the Huntley coal plant now appears headed for retirement.”

Erin Heaney executive director, Clean Air Coalition of Western New York, said: “The economics of the Huntley plant just don’t add up. There isn’t a viable future for this facility as a coal plant. We feel that it’s time for everyone to come to the table to preserve workers’ jobs, preserve the environment and generate sufficient tax revenue for the region.”

Former First Deputy New York State Comptroller Tom Sanzillo, report co-author and director of finance, IEEFA, said:  “The challenges posed by the Huntley plant can be handled by the region if planning starts now. We estimate there are less than 70 employees who may be affected by a coal plant retirement. The goal of our plan is to provide every employee with opportunities for a stable, long term income. The weak financial condition of the Huntley plant creates a revenue risk for the Town of Tonawanda, its Highway Department, Erie County and the Ken-Ton School District. By far the largest and most important NRG payment is to the Ken-Ton School District. As the plant’s financing deteriorates, tax payments to the district will become smaller. The actual budget for 2012 for the district was $135 million. Payments from the Huntley plant constitute 5.9 percent of actual district expenditures for 2012. With adequate planning, the loss of revenue from the Huntley plant need not result in a sudden jolt to the school district budget.”

The IEEFA report analyzes the recent and projected future financial viability of NRG’s Huntley coal-fired power plant in Western New York. The report finds that the pre-tax earnings generated by the plant have dropped precipitously in recent years, from a range of $56 million to $110 million in the years 2005-2008 to an average of -$1 million for 2009-2012. This has been driven by a “perfect storm” of conditions that have impacted deregulated coal plants around the country: low natural gas prices; stagnating power demand due to recession and increased energy efficiency; and uncompetitive coal prices.  Projections of future New York electricity market prices and coal prices do not indicate any relief from these trends, and the Huntley plant is not expected to approach its level of 2005-2008 earnings through at least 2020.

Utilities operating financial troubled coal plants typically do not reveal their plans until announcing closures. IEEFA released an earlier report reaching similar conclusions about the prospects for the Somerset, Massachusetts-based Brayton Point Station.  Immediately after making investments of more than $1 billion in pollution control equipment, Dominion Resources sold the 1,580 MW Brayton Point Station for the fire-sale price of an estimated $55 million, reflecting a substantial financial loss. Within a month of closing on that transaction, the new owner gave notice of its intent to retire Brayton Point in 2017.

The Institute for Energy Economics and Financial Analysis (IEEFA) conducts research and analyses on financial and economic issues related to energy and the environment. The Institute’s mission is to help facilitate the transition to a diverse, sustainable and profitable energy economy and to reduce dependence on coal and other non-renewable energy resources.  For more information, go to https://ieefa.org on the Web.

The Clean Air Coalition of Western New York is a grassroots environmental health organization based in Buffalo, New York. The group works to advance policy that protects public health, improves the environment and advances equity in the region.

EDITOR’S NOTE:  The streaming audio replay of this news event will be available as of 5 p.m. EST on January 28, 2014 at https://ieefa.org.