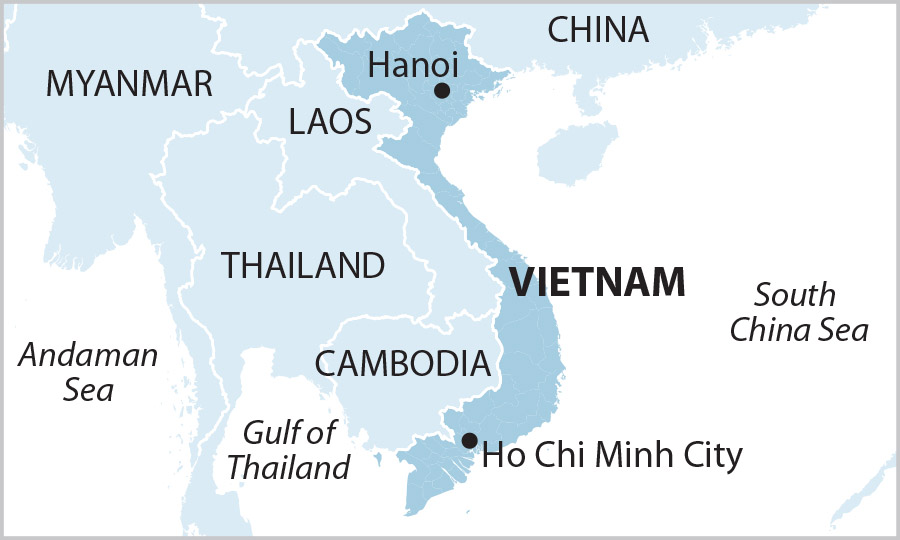 13 May (IEEFA Vietnam):  Vietnam’s Power Development Master Plan for 2021-2030 with a vision to 2045 (PDP8), was expected to be signed off at the end of March during the last days of Prime Minister Nguyen Xuan Phuc’s administration, but it hit an unexpected delay. Rather than being a setback, however, this delay can be an opportunity for Vietnam’s policymakers to reset and improve market structures, according to a new report from the Institute for Energy Economics and Financial Analysis (IEEFA).

“The past 12 months have been a period of intense activity for Vietnam’s power sector. The planning process surrounding PDP8 has dominated headlines as project sponsors scoured the country to confirm business partners, project sites, and potential allies in advance of a sign off that was expected at the end of March,” says the report’s author IEEFA Director of Energy Finance Studies for Asia, Melissa Brown.

“The intensity of the lobbying process is a fair reflection of the scale of the business opportunities and the expectation that PDP8 will set Vietnam’s power development program for the next 20 years.

“Vietnam remains South East Asia’s most attractive energy growth market, with 68GW of new capacity expected to be added to the system between now and 2030 under a base case scenario.”

The approval process for finalizing PDP8 was extended through June, raising important questions about how policymakers will contend with the rapidly shifting energy sector landscape.

The new report outlines the three key drivers of this process: a pivot from coal to gas, the growing importance of renewables, and a sea change in funding patterns. The report also outlines the opportunities that Vietnam has to use this delay to refine new strategies and improve market structures.

Brown outlines the three basic steps that the Ministry of Industry and Trade (MOIT) can take that would put the PDP8 process on a stronger footing and improve the government’s ability to win the right terms from developers. The key is to foster, rather than eliminate, competition between renewable and fossil fuel players by taking the following steps:

The key is to foster, rather than eliminate, competition between renewable and fossil fuel players

Increase the efficiency of existing generation assets with targeted grid investments. Near-term, to reduce the pressure to lock-in potentially uncompetitive projects, prioritize critical investments in the grid that will increase the efficiency of the existing generation fleet and increase the output from strategically positioned new renewable assets. This effort would help stabilize the grid and support the push for more favorable contract terms in the future. The key to this is more coordinated policy implementation from MOIT that can open the door to supportive funding strategies from the multilateral development banks that will accommodate diverse sources of power and storage.

Commit to an early round of auctions for renewables bundled with storage to encourage competition and reduce curtailment risk. The rapid build-out of renewable capacity over the past two years has positioned Vietnam to now benefit from significantly improved pricing from experienced incumbent players, provided that storage investments are encouraged as a means of offsetting curtailment risk.

All players should take market risk. Vietnam’s power market offers developers an attractive mix of risk-adjusted returns. The project development process is complex but MOIT has steadily improved the market structure and growth-oriented developers see opportunities in Vietnam that are hard to replicate elsewhere, particularly in the LNG and renewables sectors. It’s now time for MOIT to feel confident that investment in the Vietnamese power market does not require generous guarantees that rob the market of dispatch flexibility.

“The positive experience with renewables makes it clear that the demand for guaranteed take-or-pay fuel contracts and power offtake agreements from some LNG developers is nothing more than a negotiating gambit,” says Brown.

“The global energy majors seeking to enter Vietnam’s LNG market are experts at managing fuel risks—as evidenced by their trading profits. Given that the leading renewables developers regularly take market risk in Vietnam, it’s time for a level playing field that ensures all developers and their key suppliers are focused on affordability for Vietnamese consumers.

“If MOIT were to use this pause to establish expectations based on these principles, the market would have more confidence about the rules that will govern PDP8 implementation.

“This would significantly improve the prospects for effective price discovery and support better alignment with bankable developers.

“The delay of PDP8 gives MOIT a valuable opportunity to refine new strategies to improve market structures so that the players who can go the distance will stand out from the crowd.”

Read the report: Vietnam’s PDP8 Pause Is an Opportunity to Improve Market Structures