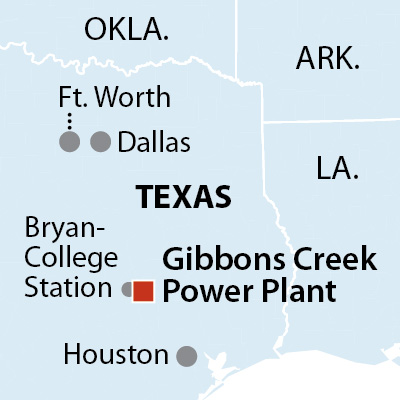 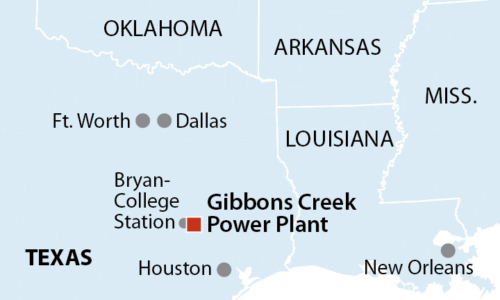 Conceding finally that it is uneconomical to operate the Gibbons Creek coal plant except during the hottest months of the year, the owners of the plant have announced it will run now only from June through September.

The news is emblematic of a broad shift nationally away from coal-fired electricity and is notable for being of a piece with what’s happening specifically across Texas.

An IEEFA report published this past September, “The Beginning of the End: Fundamental Changes in Energy Markets Are Undermining the Financial Viability of Coal-Fired Power Plants in Texas” concluded that continued operation of Gibbons Creek would unprofitable for any owner after the plant’s existing Power Purchase Agreements (PPAs) with its four owners expire in September 2018.

As we explained in that report, and as the plant’s owners now confirm, Gibbons Creek cannot compete anymore with the low-cost power provided by wind, which as we said a few months ago is “blowing away” the competition, and by all the natural gas-fired capacity in Texas. The thousands of megawatts of new solar expected to be added to the grid in Texas will make producing power at Gibbons Creek even more uneconomical.

Moving the plant to seasonal-only operation won’t significantly improve the economics of producing power at Gibbons Creek. In fact, because the plant will be generating only four months of the year, its fixed costs will be spread over a smaller number of megawatt hours of output. This will mean that the plant’s average cost of generating power (in dollars per megawatt hour) will go up.

Although energy market prices have increased somewhat since last year, they remain fairly low, even this summer, and very low during the off-peak hours when the generation from wind resources is highest. Prices are expected to stay low for years to come because of the abundant market in cheap natural gas and because of all the existing and planned wind and solar capacity in Texas. This outlook bodes poorly for coal-fired plants.

The four member cities that own the 470-megawatt Gibbons Creek through the Texas Municipal Power Authority— Bryan, Denton, Garland and Greenville—have been trying to sell it. Press reports circulated in August of last year that a buyer had been found. But no sale has materialized, and we remain skeptical that anyone would want to buy and continue operating an uneconomic coal plant.

ONE PERHAPS OVERLOOKED ASPECT OF THE GIBBONS ANNOUNCEMENT is that it comes from the municipalities in question. This reflects a growing trend in which municipal utilities and public power agencies are increasingly willing to retire uneconomic coal plants to protect their ratepayers from changing market forces and to take advantage of the improving economics of renewable wind and solar resources.

Denton, one of the four municipal owners of the Gibbons plant, seems to be ahead of the game, and presents a model others can follow. A “Renewable Denton Plan”  proposes increasing the city’s current renewable portfolio from the current 40 percent of energy served to 70 percent while adding a Denton Energy Center with six gas-fired reciprocating engines. The analysis for the City Manager concluded that the Renewable Denton Plan would be significantly less expensive for ratepayers than one that included a renewal of the city’s power purchase agreement with the Gibbons Creek plant.