While coal plant construction is slowing globally, existing and new builds are being consistently under-utilised and represent an enormous stranded asset risk representing hundreds of billions of dollars.

This was one key takeaway from an international conference hosted by the Institute for Energy Economics and Financial Analysis (IEEFA) held at Columbia Law School in New York from 17-19 June 2019.

Over 370 participants from 33 countries, including representatives from the banking, insurance, asset management, legal, environmental and energy sectors, attended the annual conference which examined trends and movements in financial markets and the energy sector around the globe.

DATA PRESENTED AT THE CONFERENCE SHOWED THAT NEW COAL-FIRED POWER STATIONS, ONCE BUILT, ARE BEING UNDER-UTILISED GLOBALLY. 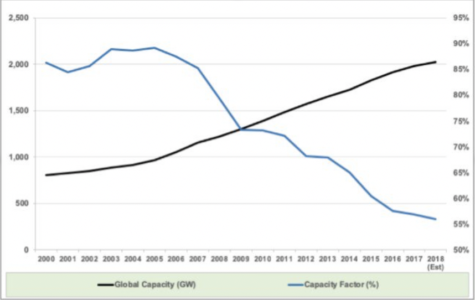 “An idle coal plant does not use any coal; it simply represents a stranded asset,” as one presenter put it.

The International Energy Agency (IEA) notes final investment decisions for coal plants have dramatically fallen, from 88 gigawatts (GW) to 22GW between 2015-2018, while in 2018 more coal plant capacity was retired than approved.

Despite being good news for investors and providers looking at long-term sustainable energy investments, there is still a lot of money being spent on what is rapidly becoming an obsolete technology.

For instance, Matt Gray – senior analyst at Carbon Tracker – told the audience that China currently has 150GW of coal plants under construction with a further 200GW planned, representing a $380 billion stranded asset risk, including operating fleet and that under construction.

CHINESE COAL-FIRED POWER OPERATORS ARE STRUGGLING FINANCIALLY AS THE GOVERNMENT PROMOTES ALTERNATIVES, including renewable energy. China Datang, one of the nation’s major power utilities, last month applied for bankruptcy and liquidation of a second coal power plant, following a similar move in December 2018.

In China, Carbon Tracker estimates that 40% of its coal operating fleet is cash flow negative which may increase to 60% by 2030.

That risk has already been recognised by over 100 significant global financial institutions who have announced their divestment from coal including banks, insurers and credit export agencies.

Credit Agricole, one of largest banks in the world, is the latest to announce in June 2019 that it has broadened its coal exit policy to now mean it will no longer finance companies expanding coal power, coal mining, coal transport or coal trading.

And in early July 2019, Chubb became the first major American insurer to announce a cessation of coverage for coal companies.

All up, some 24 global insurers and 28 commercial banks no longer provide project finance for new coal plants. And in just two years, 14 global insurers have adopted policies restricting support for the coal sector, with 7 insurers adopting policies in the last four months, Lucie Pinson from Unfriend Coal told the conference.

The momentum of financial institutions restricting thermal coal shows it is no passing fad.

While 18 months ago none of Singapore’s banks restricted coal, now OCBC Bank, DBS Bank and UOB Singapore all have ‘no new coal’ policies.

As one Southeast Asian power utility seeking coal finance lamented, “about 85% of the market now doesn’t want to finance”.

In turn, there’s been a systemic, inevitable if slow decline in thermal coal demand since 2014, with global coal generation capacity expected to peak in 2021 following a decade-long over-investment in new coal-fired power generation capacity.

As we enter the new financial year, the news from the U.S. reinforces the massively deflationary nature of renewables.

In California, the Los Angeles Department of Water and Power has entered a 25-year power purchase agreement for 400 megawatts of solar from 8minute Solar Energy at a record low price of just US1.997cents per kilowatt hour (kWh), with zero indexation. This beats the previous U.S. record, a 2.376 cents per kWh solar project proposed by Warren Buffet’s NV Energy in June 2018.

IN SOUTHEAST ASIA, THE COAL PLANT EXPANSION PIPELINE IS SHRINKING, despite the strongly growing energy demand prospects of the region, and reflective of the same trends evident globally.

India is another case in point, with permits for new coal plants hitting a record low in 2018. The country’s coal plants are facing increasing competition from alternative energies, with 20GW frozen in construction, sitting half-built and idle, unviable and stranded.

Instead, renewables are seeing huge capital inflows and cheaper tariffs. India is consistently awarding solar and wind at tariffs of US35c/kWh, which is 20% below the cost of domestic coal-fired power generation and half the cost of new import thermal power (LNG or imported coal).

China was the top global investor in clean energy in 2017, and it invested US$4.6 billion in 4.2GW of renewable capacity in Pakistan, Vietnam, Bangladesh, Indonesia, South Africa and Turkey during 2013-18.

IT WILL BE CHEAPER TO BUILD NEW SUBSIDY-FREE RENEWABLES IN CHINA BY AS EARLY AS 2021.

But domestic and foreign policies can be different.

While global demand for thermal coal continues to fall, state-owned financial institutions in China, Japan and South Korea remain key financiers of new coal projects at risk of becoming stranded assets. In fact, Chinese financial institutions are involved in a quarter of all coal power plant capacity under development in the country’s “Belt and Road” infrastructure initiative.

Further, recent shareholder value destruction by General Electric should be ringing alarm bells across the financial world. GE misread the energy transition and destroyed US$193 billion of shareholder wealth over 2016-2018.

Similarly, if China, Japan and South Korea would pursue a path towards cleaner, cheaper, sustainable energy investments and stop funding coal plants, there would be numerous benefits.

STAYING AHEAD OF THE CURVE IS NECESSARY TO MAINTAINING LONG-TERM INVESTMENT VALUE.

With global coal-fired power capacity on track to peak shortly, according to Carbon Brief, the time is well past for investors to exit coal financing, everywhere. What was once a blue chip is now a red flag. 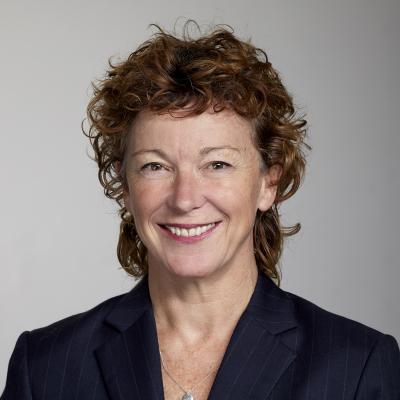 Kate Finlayson is Director of Strategic Communications, Australia/South Asia. At IEEFA, Kate partners with analysts and allies to disseminate expert research to media and target audiences, while growing the organisation’s and the analysts’ professional brand.