Expand Oil Drilling in California? Only If You Want Another ‘There Will Be Blood’

California, for good reason, is often thought of as the national leader on environmental and energy policy. The state has led the way in energy-efficiency electricity programs and the development of air-emission standards for automobiles. It’s also been in the vanguard of a wide range of other model initiatives that run the gamut from coastal protection to toxic-chemical limits in consumer products.

There’s a less progressive side to California, though, that is not as well known but that can be seen in its ranking as the country’s third-biggest oil producer. Only Texas and North Dakota are ahead of California, and the state produces more oil even than Sarah Palin’s Alaska.

Governor Jerry Brown, to his everlasting credit, has created or helped craft many of California’s most enlightened energy and environmental policy innovations, going back to his first tour of executive duty in the 1970s and 80s. Brown’s programs will stand one day as core pillars of his legacy, and when it comes to reducing demand for fossil fuels and expanding the use of renewables, there’s a good case to be made that Jerry Brown has been the greatest governor in U.S. history.

As exemplary as Governor Brown has been on the pollution and energy-consumption front, however, California has walked a very different path on the supply side of fossil fuels. The 2007 film “There Will Be Blood” vividly dramatizes this dark history in its telling of oil-empire tyranny that shaped and scarred pre-World War I California. Who can forget Daniel Day-Lewis’s demonic performance as the rapacious Daniel Plainview? The film is set in what seems a faraway past, perhaps, but it’s a parable for our own times. There’s not much good anyone interested in air, water or climate can say about oil.

What’s especially worrisome for California today is that the oil industry’s recent adoption of innovative extraction techniques stands to feed something akin to the environmental carnage depicted in “There Will Be Blood.” While there’s plenty of debate over the size of the state’s recoverable oil reserves, and while the recent collapse of oil prices may hinder new investment in oil-industry expansion for the short-term, California is potentially on a trajectory to another oil boom.

Such a boom would come at great cost.

Much of California is arid even when there isn’t a drought on, and the oil industry by its industrial nature has a huge thirst for this scarce California resource. More oil drilling would mean less water for other needs, and an expanded oil industry would introduce new water-pollution risks.

Oil-industry expansion brings the potential for worse air pollution, too, a problem of special importance to Californians. The is the original car-culture state, after all, and the first poster child for smog, It’s a little hard to understand why elected officials or regulators would expect residents to put up with expansion of an industry that only exacerbates air-quality challenges. Air pollution is still a problem that is very much alive and well in the Golden State. It is especially vexing still in Kern and Los Angeles counties, both of which have some of the worst air quality in the United States and both of which are targeted for additional oil drilling.

Finally, and perhaps most important, there’s the matter of how California oil in particular might affect the climate. Every barrel of oil that is extracted from the earth is destine to be burned someplace by somebody. As far as climate impact goes, it doesn’t matter whether that barrel gets burned in California, Kalamazoo or Calcutta. But not all oil is the same in it is environmentally damaging carbon content. Indications are that much of the oil under the ground in California is more carbon-intensive than a great deal of untapped oil elsewhere. It’s quite possible, then, that California’s oil reserves, if they’re brought to the surface, will bring greater environmental damage than oil reserves elsewhere.

So here’s a serious question state policymakers committed to representing Californians’ best interests—and the best interests of the planet—should be asking themselves: What good reason is there to go where Daniel Plainview went?

Larry Shapiro is chairman of IEEFA’s board of directors. 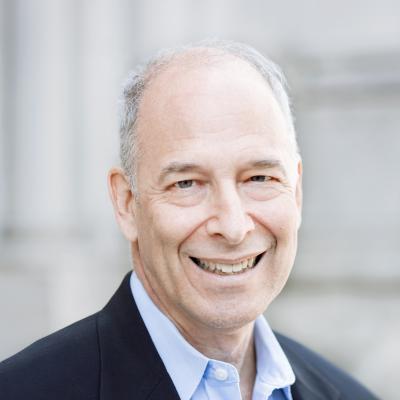