The owners of the Pleasants coal-fired generating station on the Ohio River, which is set to retire in 2023, continue to look for a buyer despite the plant’s checkered financial history and an increasingly uncompetitive market for coal-fired generation.

Pleasants, a coal-fired generating station on the Ohio River with a checkered financial history, provides a cautionary tale for investors in the PJM region.

The Pleasants coal-fired plant on the Ohio River has been trying to achieve financial stability for years without success – a prime example of the state of coal generation for investors looking at opportunities in the PJM region.

With coal power facing mounting economic challenges in the U.S., the inevitable closure of the Pleasants coal-fired generating station and other aging power plants in PJM is the proper course of action.

On the Ohio River just a few miles from Parkersburg, W.Va., sits the Pleasants coal-fired generation station, an unregulated 42-year-old, 1,288-megawatt (MW) power plant in the competitive PJM electricity market. For years, its owners have threatened to sell or close the economically struggling plant, and have now set June 2023 as its retirement date. But they have left the door open to selling the facility, a contentious possibility that is likely to be repeated over and over across the region as current owners look to dispose of their aging, increasingly uncompetitive coal-fired generation facilities.

The Pleasants plant has a particularly checkered history of efforts to make it financially viable: an attempted sale between subsidiaries of Ohio-based FirstEnergy that would have returned it to regulated status and shifted its high costs to West Virginia ratepayers (rejected by regulators); a West Virginia tax relief bill targeting the plant that saved it $12 million annually; and a spinoff of owner FirstEnergy Solutions (FES, a FirstEnergy subsidiary) that went through bankruptcy and was later renamed Energy Harbor.

None of those efforts appear to have stemmed the plant’s financial problems, however. In March, Energy Harbor announced plans to close Pleasants, along with its three-unit, 1,490 MW, coal-fired W.H. Sammis plant in Ohio, its other aging and similarly financially challenged facility 100 miles upriver, and become a “100% carbon-free” energy company focused on its three nuclear plants.

With coal power facing mounting economic challenges, the owners of PJM’s coal plants have latched onto three options they say could serve as viable business models:

Notably, none of these options features the traditional use of power plants—generating low-cost electricity for sale in power markets—that usually attracts investors. IEEFA believes each of these non-traditional options holds significant financial risks for potential investors and would impair realistic efforts to plan for the inevitable plant closures in the future. Instead, a better option (particularly in light of the significant amounts of transition funding in the recently passed climate legislation) would be for plant owners and localities to begin working together now to devise plans to move away from coal.

In this report, IEEFA takes an in-depth look at the narrowing options facing coal plants in PJM. 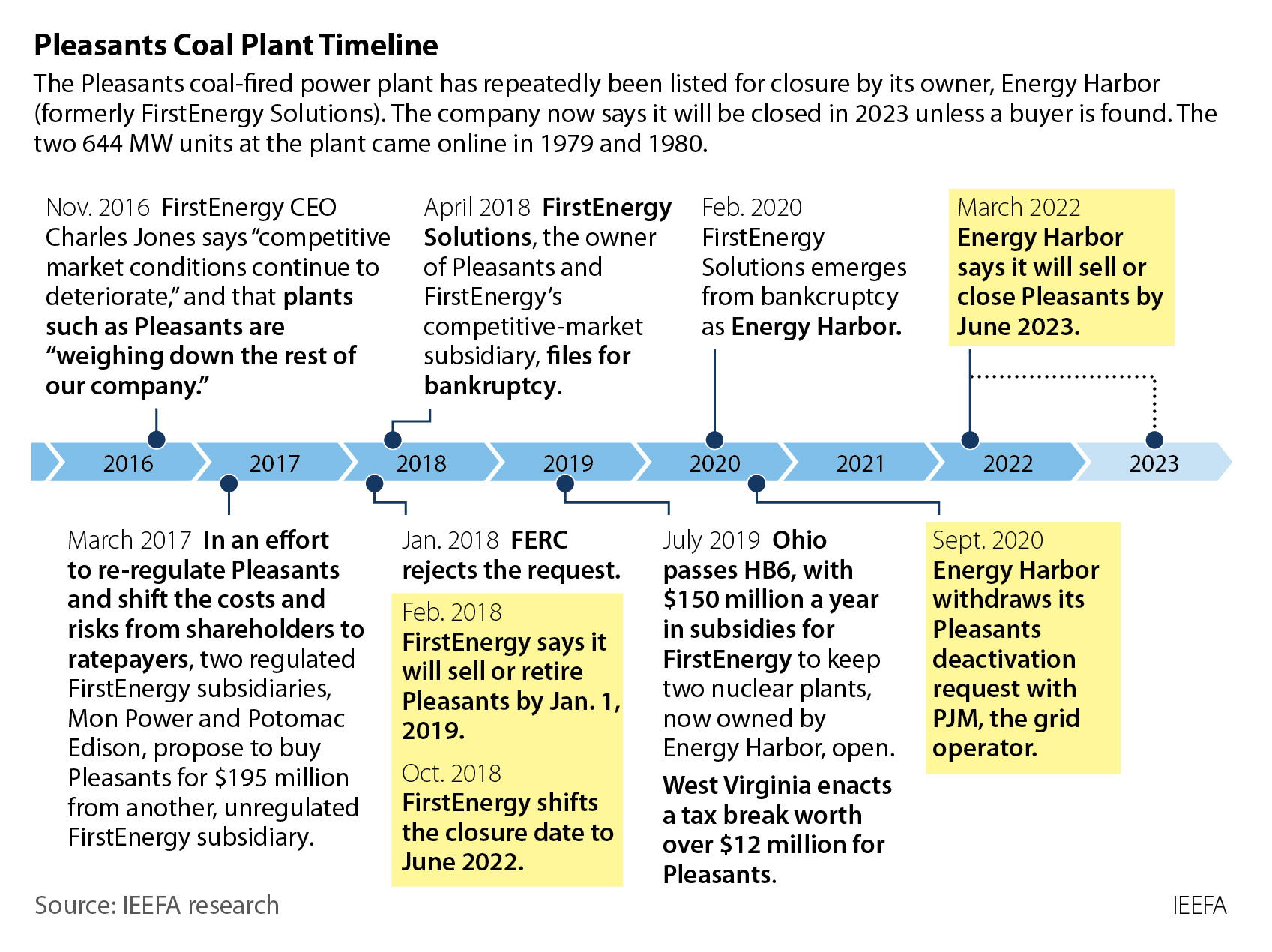