The Petra Nova CCS Project failed to perform as predicted after going online in January 2017. Its recent mothballing by NRG Energy should warn investors off other coal-fired carbon capture projects.

Other planned coal-fired carbon capture projects face a similar fate, including the heavily promoted project in New Mexico by Enchant Energy and another backed by Minnkota Power Cooperative in North Dakota.

Petra Nova's core investors and owners—NRG and the U.S. Department of Energy (DOE)—never publicly addressed essential performance issues at Petra Nova, including what it actually costs to capture carbon dioxide.

The 240-megawatt Petra Nova carbon capture and storage project at Unit 8 of NRG Energy’s W.A. Parish Generating Station near Houston is the only operational coal-fired power plant CCS facility in the U.S. As such, it is frequently cited by promoters of CCS retrofits at other coal-fired power projects as proof that the process works and that it is an economically viable option for cleaning up coal-fired generation. 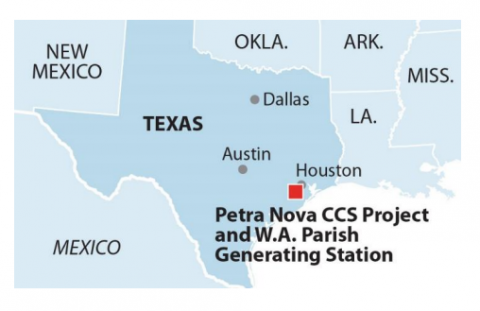 But there have long been serious questions about the performance at Petra Nova. These questions have only been heightened by NRG’s official announcement in late July that it mothballed the carbon capture project in the spring due to falling oil prices. NRG’s plans for the project remain uncertain, with the company only saying it could be brought back online “when economics improve.”

NRG’s decision to shutter Petra Nova also underscores the serious lack of transparency surrounding the plant and its operations. This lack of transparency is all the more worrisome given that the plant’s alleged success is being used to support the development of other CCS projects. In truth, essential questions about its performance and feasibility have never been answered, an awkward fact that should give potential investors in similar projects serious pause.

Any investor considering taking a position in any future coal-fired CCS project will want these six questions fully answered. As it stands, coal-fired CCS has not been shown to be a financially viable proposition, making investments in planned coal-based CCS projects high risk, at best.