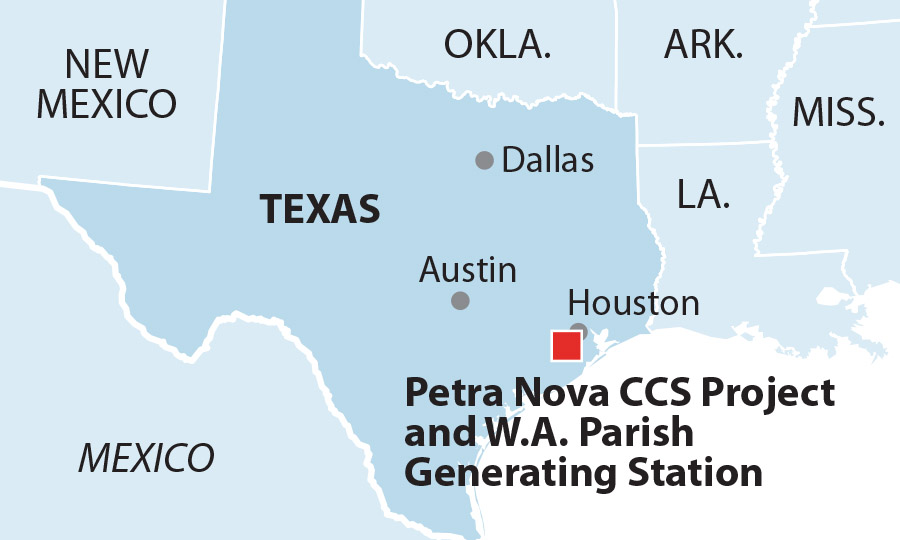 August 3, 2020 (IEEFA) — A research brief published today by the Institute for Energy Economics and Financial Analysis (IEEFA) concludes that the abrupt recent shutdown of the Petra Nova coal-fired carbon capture plant in Texas should be seen as a strong signal for investors to avoid such projects.

The report—Petra Nova Mothballing Post-Mortem: Closure of Texas Carbon Capture Plant Is a Warning Sign—describes how the project failed to perform as predicted after going online in January 2017 and how its recent mothballing by NRG Energy should warn investors off other coal-fired carbon capture projects.

The 240-megawatt Petra Nova project, located at Unit 8 of the W.A. Parish Generating Station near Houston, was the only commercially operational coal-fired CCS project in the U.S. It has been cited frequently by carbon capture promoters as a shining model of success that could be replicated widely to keep coal-fired plants online and was advertised as a means to use carbon dioxide emissions to improve production in nearby oil wells.

The IEEFA report concludes that Petra Nova failed to perform as advertised and that other planned coal-fired carbon capture projects face a similar fate. Such projects include one promoted heavily in New Mexico by Enchant Energy and another backed by Minnkota Power Cooperative in North Dakota.

“Proponents of these projects are selling an unproven dream that in all likelihood will become a nightmare for unsuspecting investors,” said Dennis Wamsted, an IEEFA analyst and lead author of the report. “Investors would do well to conduct their due diligence before investing in any coal-fired carbon capture project anywhere.”

The IEEFA report notes also that Petra Nova benefitted from significant DOE funding and concessionary lending from the Japanese government, benefits that may not be available for other proposed projects, further limiting their economic viability.

“Clearly, Petra Nova was never the money-maker the company had hoped it would be,” the report states. “What should be even more alarming to potential CCS investors elsewhere is that Petra Nova benefitted from a $190 million investment from the U.S. Department of Energy and received $250 million in concessionary lending from the Japan Bank for International Cooperation (JBIC) and Mizuho Bank, Ltd.”

The report describes also how Petra Nova’s failure is not the sole indicator of the difficulties facing carbon capture initiatives at coal-fired power plants.

“Additional risk comes from broader market dynamics that can be difficult to forecast. Here, the performance at Parish Unit 8 is a perfect example. The plant was a steady performer through the end of 2019, but 2020 has been a different story. For the first four months of the year (according to the most recent data available from the Energy Information Administration), the unit’s capacity factor was just 45.9%. An investor expecting a certain level of CO2 emissions and the receipt of 45Q tax credits based on unrealistically high and/or long-term levels of generation (and CO2 capture) was clearly out of the question at Petra Nova this year. This phenomenon could very well be repeated at other carbon capture projects, a very real possibility that should give investors pause.”