IEEFA Update: The Public-Relations Disaster That Is the Dakota Access Pipeline 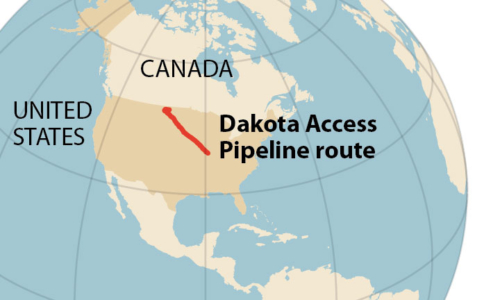 Headline risk and reputational risk are two heads of the same public-relations monster that—once it gets out of its cage—defies ever being confined again.

ExxonMobil with its climate-science scandal is on intimate terms with this beast. So are backers of the Dakota Access Pipeline project, branded globally now as a public-relations disaster for its backers. On the flip side, it’s a model for grassroots pushback against entrenched fossil-fuel interests that traditionally are used to getting their way.

Discourse on DAPL, as the project is known for short, still varies widely and by vantage point, and some angles are less informed than others.

There’s the craven Wall Street Journal op-ed this week that purports to establish what the pipeline “is really all about.” This take, as presented by Representative Kevin Cramer (R-ND),  described earlier this year by Reuters as “one of America’s most ardent drilling advocates,” is blithely dismissive of public resistance. Opponents, as Cramer tells it, are mindless puppets of operators 1,600 miles away in Washington. Political charade. Nothing to see here, move along.

A more informed narrative lies elsewhere, including in work by IEEFA’s Cathy Kunkel, who with Clark Williams-Derry of the Sightline Institute describes in a recent report published here how the pipeline is so superfluous as to be a poster child for old-energy-economy overbuild.

“Existing pipeline and refinery capacity in the Bakken will be more than adequate to handle the region’s oil production. The Dakota Access Pipeline could well become a stranded asset—one that was rushed to completion largely to protect favorable contract terms negotiated in 2014.”

Beyond being redundant, DAPL has now become a hurry-up-and-get-it-done project whose owners are nervous, and for good reason. The Economist writes up the truth of the matter in its weekend edition, working in some political context:

“According to court documents oil drillers have the right to void their contracts with ETP if the pipeline is not finished by January 1st, which could result in steep losses for the developers. The contracts were signed when the Bakken formation’s oil production was thriving, but in the autumn of 2014 the oil price collapsed and has not recovered since. Bakken oil production has fallen by more than 20% since its peak, according to the Energy Information Administration.

Hardly anyone on either side of the political divide doubts that the president-elect will approve the easement. But it might take time to settle the matter, which means that ETP and its partners will take a painful financial hit. The delay will cost the company $83m a month, or $2.7m a day, according to court documents. That is a powerful financial incentive for protesters to stay put in the new year, as many have promised to do.”

This coverage gets at the short-term investment inflections.

But the weight of history is great, and the imagery associated globally in the past few weeks with DAPL is so damaging as to be irreparable. Teepees in the snow and Native Americans under siege. Where have we seen this before?

The resisters cast a long and lasting shadow that is seen around the world and that signals the new normal in fossil-fuel infrastructure development. It’s an urgent investment-risk warning to those who would put their money into such deals.

The Dakota Access Pipeline is on the map as its backers never intended it to be.