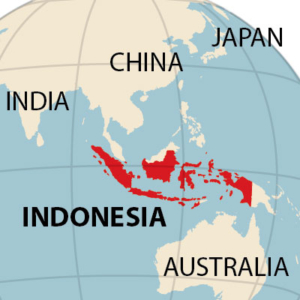 That’s the lesson that the many parties who have been feeding off of Indonesia’s power sector expansion must be considering after the announcement earlier this month that 13,374[1] megawatts (MW) of planned new power capacity would be delayed.

This cannot have come as a surprise. The warning signs around efforts by the state-owned electric company to add overpriced slabs of fossil fuel generating capacity have been accumulating at a breathtaking pace over the past two years.

Not only has PLN been a showcase for undisciplined planning, its aggressive commitments to expensive foreign-financed coal independent power producer (IPP) deals have undermined the utility’s financial credibility, exposing it to ballooning foreign-exchange-linked financing costs and guaranteed IPP payments.

The breakdown in financial management finally forced the Finance Ministry to step in to repair the damage—and to protect Indonesia’s sovereign credit profile—by working with the Energy Ministry to put roughly 37% of new capacity on hold.

The move comes just in time. With the  rupiah now down nearly 10% since the beginning of the year, the ministry is right to take every step possible to reduce exposure to FX-denominated obligations. The urgency is reflected in the mix of delayed projects, which range from those already under construction to those with signed PPAs to others that have simply been agreed to in principle.

The project delays nevertheless caught the market off guard. For much of the past two months, Indonesian power sector observers have been distracted by a high-level corruption investigation into coal IPP contracts that have raised important questions about the health of Indonesia’s power sector. Few commentators paid attention to the detail that emerged when the ratings agency Standard & Poor’s unexpectedly upgraded PLN’s bond rating in late August.  The upgrade seemed counterintuitive on its face as PLN’s 1H2018 results confirmed IEEFA’s expectation that its financial outlook was deteriorating fast due to its aggressive capital expenditures, rising payments for IPPs and fuel costs, and growing FX write-offs leading to higher PLN losses and greater subsidy payments from the Treasury.

No country today can afford to fall for a sales pitch built on outdated fossil fuel generation.

Why in a messy period of emerging volatility would S&P have suddenly delivered an upgrade to a troubled state-owned enterprise? It’s obvious now that S&P was responding to information indicating that the Ministry of Finance had earned the backing needed to rein in PLN. The capex cutback was effectively telegraphed by S&P’s decision to deliver the modest upgrade, from BB+ to BBB-, based on confidence that well-regarded technocrats at the Finance Ministry and the Central Bank would be better supervising PLN and that PLN’s spending plans would be coordinated more carefully with other ministries. The goal of greater coordination is to ensure that the Finance Ministry is not burdened by the specter of runaway subsidy payments to PLN, Pertamina (the oil and gas company), and other state-owned enterprises.

Despite PLN’s deteriorating fundamentals, S&P was signaling renewed faith in the Finance Ministry’s increased vigilance in guarding its commitments to borrowers.

THIS IS A RARE VOTE OF CONFIDENCE IN INDONESIA AT A TIME WHEN ANY GOOD NEWS is to be applauded. But what does it tell us about Indonesia’s power sector and the turbulent conditions that confront Southeast Asia’s fast-growing power markets?

That the region’s finance ministries and central banks need to play a bigger role in policy decisions about the power sector. This is a period of profound strategic change in global power markets, and Indonesia faces a bigger hurdle in redirecting its power sector than most countries due to its over-reliance on coal and its government ownership of all of the core power infrastructure.

As recent events have proven, debt-strapped developing markets would do well today to beware of strangers bearing gifts, whether they be equipment suppliers, export credit agencies, or bankers.

The trends shaping power sector technology and market design should be top of mind as the momentum is clearly toward cleaner, cheaper, and deflationary generation. But turning Indonesia’s ship will not be easy. That’s why financial policymakers need a powerful seat at the table, as economics, not capacity targets, will set the terms for competition between nations for decades to come.

No country can afford to fall for a 20-year-old sales pitch on outdated fossil fuel generation unless it wants to lock in a legacy of stranded assets and overpriced power capacity. This is the scenario that was beginning to worry S&P and PLN’s bond investors.

Indonesia has hit the pause button at PLN at an important moment. It’s time now to build credibility with some real reforms to PLN’s planning process.

Melissa Brown is an IEEFA energy finance consultant. She can be reached at [email protected].

[1] IEEFA estimate based on MEMR ESDM disclosures from September 4, 2018 cross-referenced against the 2018 RUPTL planning document.