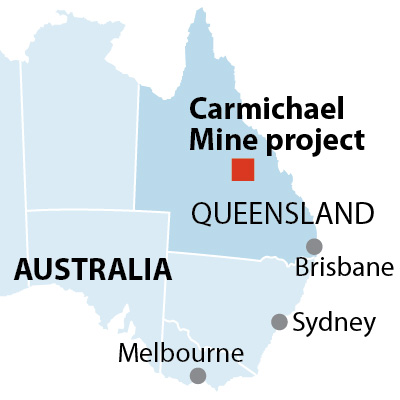 On behalf of the Institute for Energy Economics and Finance Analysis (IEEFA), I write to highlight some key factual errors and omissions in what we consider to be an extraordinarily disingenuous op-ed that your publication carried recently.

It is telling that the piece is credited to Frontier Economics, a coal lobbyist working for Adani Australia, the company that has faltered so badly in turning the Galilee Basin of Queensland into the infamous and still-unbuilt Carmichael export-coal mine complex.

Part of the real story here is that just this past week Adani Power Limited and Essar Power Gujarat Ltd both refused to comply with their contractual obligations to supply a collective 3,000 megawatts of import-coal-fired electricity generation to the government-run Gujarat Urja Vikas Nigam Ltd (GUVNL) power distribution company in the Indian state of Gujurat. It has been widely reported by both companies and in the Indian press that the steep increase in imported coal prices has made power generation unviable at the tariff Adani quoted.

Broadly speaking, the vertically integrated “pit-to-plug” strategy Adani Enterprises espoused back in 2010 is fraying, and at both ends. Global electricity markets have changed dramatically since the coal boom peak of that time, and Indian markets do not need the Australian coal that would come by way of Adani’s project, which is all but grounded because the evidence shows that it would be a massive boondoggle.

While some coal advocates continue to insist imported coal will relieve energy poverty in India, renewables are now providing the much-needed solution to  that problem.

This point has been repeatedly made by the Indian government under Prime Minister Narendra Modi. India Energy Minister R.K. Singh has just proudly reported that India is well on track to reach 175 GW of renewable energy installs ahead of its own self-imposed deadline of 2022.  Frontier Economics must have overlooked this widely noted news. The firm must also have missed a World Economic Forum speech at Davos last month by Coal Minister Piyush Goyal, who called for broader action to support the Paris Climate Agreement. Goyal called specifically for India to expand its electricity-generation goal of 40 percent reliance on renewables by 2027 to 50 percent by 2030.

It is no small irony that the very creators of a foundering mega-mine project are now channeling their capital into renewable energy instead.

It is in this context that one should review the November 2017 World Energy Outlook report by the International Energy Agency (IEA), which shows in detail how India is serious about modernizing its energy economy. Under its “sustainable development scenario” analysis, the IEA sees India’s electricity generation from coal declining by 65 percent, from 1,123 terrawatt hours in 2016 to 399 by 2040 (news breaks almost daily later on the speed of change in India). Coal proponents regularly misrepresent IEA through omission, but while Australia debates the merits of the Paris climate accord, China and India are all in as their leaders map out transformative energy and investment plans now. They are taking advantage as we speak of the myriad opportunities in the technology-led global energy-system transition that is setting in worldwide.

An energy-policy shift is afoot also in Japan, of huge importance here in Australia because Japan is our largest coal-export market.

THE END GAME FOR THERMAL COAL IS INCREASINGLY OBVIOUS, and for Australia to add to its low-quality, export-coal supply (and all the associated long-dated railway and port infrastructure needed to make it happen) is economic folly.

While a short-term, myopic analysis might argue that gaining market share for a product in terminal decline is somehow good for Australia, IEEFA sees such a mindset as deeply contrary to the national interest. Basic economics says oversupplying a falling market will only push down the price of the product involved. This is especially so if the apparatus behind a new supply is unbankable and can proceed only with massive government subsidies of the kind Adani has sought from the Export Finance & Insurance Corporation of Australia and the Northern Australia Infrastructure Fund. The fault in the Galilee project is also apparent in the seven-year coal-royalty holiday its backers want.

Three years ago, the Indian government called an end to thermal coal imports. That call, which has been repeated time and again since, marked the absolute peak of Indian thermal coal imports, which have declined almost every month since. While the Carmichael proposal was entirely consistent with India’s energy policy in 2010, nearly a decade on now, it appears more and more like a receding pipe dream that cannot achieve financial close and stands today as the very definition of a stranded asset.

One other tell-tale development of note: The multibillion initial public offering of Adani Green Power will be completed next month, and the Adani Group is now one of the leading developers of renewable energy in India. It is no small irony that the very creators of the Carmichael vision are channeling their capital today into the electricity industry of the future instead.