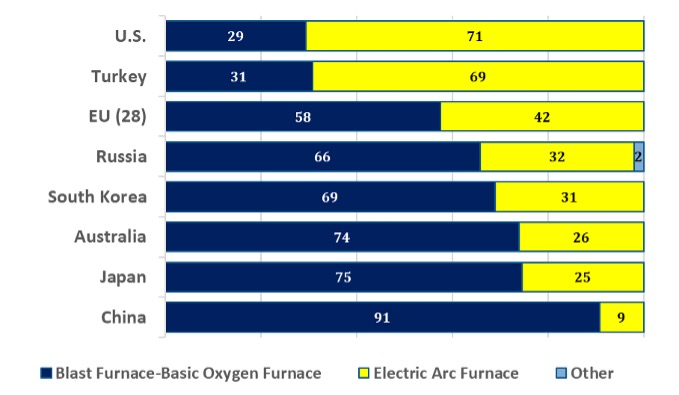 There is increasing investor pressure on steel manufacturers to reduce their carbon emissions in tandem with global commitments under the steel breakthrough agenda at COP26, a commitment to have near-zero steel technology established in every region by 2030, to which Australia is a signatory.

Given suitable qualities and quantities of scrap, electric arc furnaces (EAFs) powered by renewables may advance the 2030 carbon reduction ambition while also readying the industry for a future based on the direct reduction iron (DRI) process using green hydrogen.

However, BlueScope, Australia’s biggest steel producer, notes that it operates within a “hard-to-abate” industry – its 2030 steel-making decarbonisation target is just 1% reduction annually.

The industry’s largest emissions come from the coke derived from coking coal as a reductant in a blast furnace-basic oxygen furnace (BF-BOF) – still the dominant global steelmaking process. Scrap-EAF lowers carbon emissions, as the scrap input has been reduced from iron ore at the primary stage – so new steel can be made without coal or iron ore.

Scrap-EAF is a mature technology and EAFs powered by renewable energy provide a zero-carbon route that is already cost-competitive.

A new IEEFA report highlights how scrap-EAF is set to become more widespread in Asia. China, which produces most of the world’s crude steel, will double its output from scrap-EAF by 2030, according to the IEA. By 2060, the IEA foresees that the bulk of its production will be via scrap-EAF as its economy matures and more scrap becomes available. Port Kembla’s blast furnace is projected to reach the end of its operating campaign in the latter half of this decade. BlueScope has stated in its Climate Action Report that the most feasible technical and economic solution is to reline the blast furnace to keep operating for another 15-20 years rather than switching to scrap-EAF or DRI-EAF.

The Whyalla Steelworks has a nominal annual capacity of 1.2Mt. GFG Alliance’s June 2020 updated Whyalla Transformation Plan includes an EAF and a DRI facility to produce steel from South Australian magnetite iron ore and domestic scrap. Initially, gas will power the DRI plant; ultimately, it will use green hydrogen from GFG’s renewable energy projects. With this low-carbon steel, it aims to become globally competitive in a decarbonising sector.

GFG Alliance also owns InfraBuild – Australia’s largest long steel manufacturer with a capacity of about 1.5Mt, producing 100% via scrap-EAF. InfraBuild’s recycling chain has an annual capacity of 1.4Mt, supported by four shredders and 26 recycling centres. As with the rest of the GFG Alliance, InfraBuild is aiming for carbon neutrality by 2030.

In addition, Molycop’s Australian operations – including the Comsteel brand – are entirely scrap-EAF, with annual capacity of 0.25Mt.

In 2020, Australia exported 2.1Mt of scrap steel, equivalent to 38% of the year’s crude steel production, suggesting there is at least some potential for further recycling. BlueScope maintains the quality of Australian scrap limits the potential for scrap-EAF, as impurities present a technical challenge in the production of higher-quality steel.

The advantage of a blast furnace is in more easily controlling impurities so it is the main means of producing special grades such as advanced high-strength steel (AHSS).

However, buildings and infrastructure take the majority of global steel, with such products as rebar, sections, engineering and construction bars, where impurities in scrap are less of an encumbrance.

Steel manufacturers in the U.S. are finding solutions to quality issues

In addition, steel manufacturers in the U.S., where the scrap-EAF process represents the majority of steel production, are finding solutions to quality issues even for the quality-sensitive automotive sector, which made up 12% of global steel use in 2020.

Nucor Corporation is the largest steelmaker in the U.S. and also largest recycler of scrap steel. The company is investing to produce third-generation AHSS for the automobile sector via scrap-EAF processes. Until recently, AHSS products could only be made via the BF-BOF route.

BlueScope’s U.S. North Star operation is finding solutions to the issue and its new EAF will use scrap that was not previously suitable.

In November 2021 BlueScope announced the US$240m acquisition of U.S. scrap recycler MetalX, bringing the company “a crucial presence and expertise in scrap processing to further secure our scrap needs”, both in quantity and quality.

Technical, geographical and cost questions remain over further scrap use in Australia but investor pressure will only increase as companies’ climate plans come under the spotlight. Commitments to net-zero by 2050 that are heavily weighted towards carbon abatement in the late 2030s and 2040s will increasingly be seen as inadequate– investors increasingly want strong 2030 decarbonisation targets, even in the “hard-to-abate” steel sector.

Recently, BlueScope has demonstrated some increased interest in new, low-carbon steelmaking technology, albeit at a small scale. In October 2021, BlueScope announced a Memorandum of Understanding (MoU) with iron ore supplier Rio Tinto that will seek to develop a pilot direct reduced iron (DRI) plant at Port Kembla using green hydrogen.

In December 2021, another MoU was signed between BlueScope and Shell, encompassing two different projects. The first is to establish a pilot-scale green hydrogen electrolyser and deploy that in the blast furnace at the Port Kembla steelworks. The second project is the development of an Illawarra hydrogen hub.

Scrap-EAF technology powered by renewable energy may represent an opportunity

However, as a reminder that blast furnace technology remains central to BlueScope’s plans, it was revealed the day before this latest MoU was announced that the proposed Dendrobium coking coal mine extension had been given State Significant Infrastructure (SSI) status on the basis that the coal was essential to BlueScope’s Port Kembla steelworks.

The NSW Independent Planning Commission (IPC) had rejected the mine extension proposal in February 2021 on the basis that it risked damaging Sydney’s water supply. SSI status now paves the way for the project to go ahead.

Steel producers’ zero emissions DRI planning is often longer term but any shift towards green hydrogen DRI processes can be entirely complementary with increased scrap steel use in the shorter term. An immediate move towards more scrap recycling can mean that EAF infrastructure is in place to receive green DRI once available.

Given suitable qualities and quantities of scrap steel, scrap-EAF technology powered by renewable energy may represent an opportunity to bring forward steel sector decarbonisation and increase 2030 carbon reduction ambition while complementing preparations for the industry’s future based on DRI using green hydrogen. 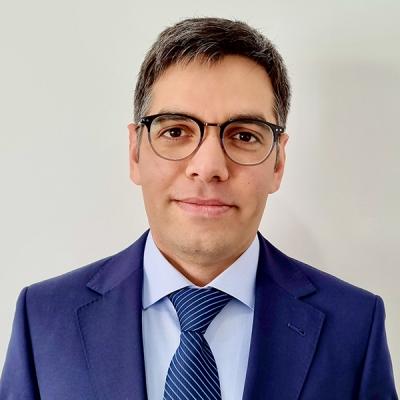