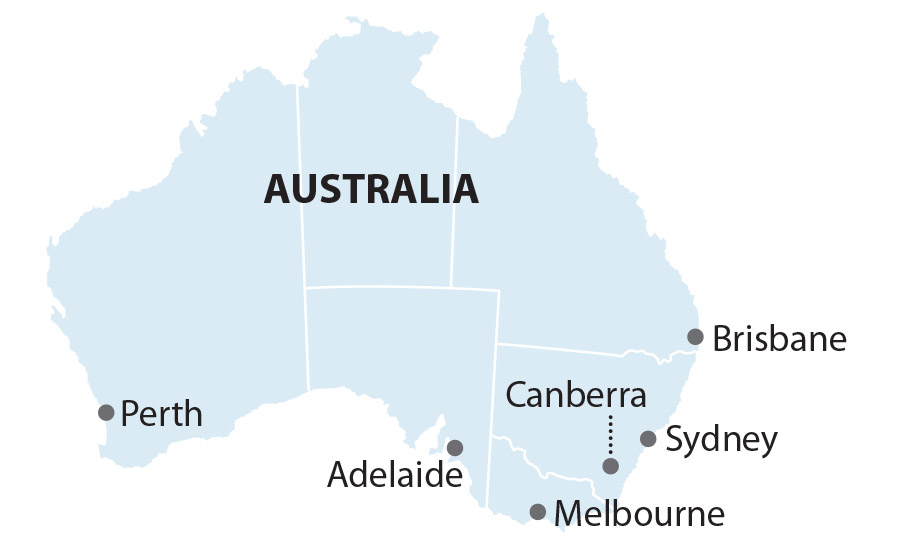 December 12, 2019 (IEEFA) – Australia has great potential to capitalize on its exceptional solar resources and save people big dollars by driving growth in electric vehicles powered by residential rooftop solar and batteries, according to a report released today by the Institute for Energy Economics and Financial Analysis (IEEFA).

The report, Steering by the Southern Sun – Australians Are Missing a Trick on Solar-Powered Electric Vehicles, finds enormous potential for the rapid adoption of electric vehicles in Australia, highlighting one fifth of households have already installed rooftop solar to reduce overly high electricity bills.

“We are seeing rapid change in Australia with people totally on board in adopting new energy technologies,” says IEEFA analyst Gerard Wynn.

“Australia is leading the world in rooftop solar market share, and people are looking around for the next carbon-free innovation.

In a market where electric vehicles and batteries are made more affordable, transport and fuel costs are also reduced

“THE BEAUTY OF ELECTRIC VEHICLES IS THEY CAN BE CHARGED BY A HOUSEHOLD’S ROOFTOP SOLAR PLUS BATTERY, with savings generated by on-site power generation and from avoiding the cost of constantly fuelling a conventional car.”

While rooftop solar in Australia is already achieving payback periods of 5 years or less, with consumers then benefiting from 20 to 25 years of free electricity, the report found Australia is lagging behind other developed countries in building an electric vehicle market.

“At the moment, the combination of an electric vehicle with rooftop solar plus battery has a payback period of nine years, falling to 4 years in 2025, and less than 2 years in 2030,” says Wynn.

“With the right government incentives, this payback period can fall to about five years today and be zero by 2030.

“Electric vehicles will become increasingly attractive to Australian consumers who have already demonstrated their passion for early solar adoption through more effective policies and incentives.”

The report also looked at other countries, such as Germany and Norway for examples of lessons that could be applied to Australia. Norway achieved rapid electric vehicle growth through incentives including removing GST and import tariffs on electric vehicles, exemptions on road tolls, exemptions from motor vehicle taxes, free public parking, and consumer capital starter-packs of up to A$6,500.

“When the government introduces the right mix of incentives, people in Australia will benefit from cheap, solar-powered charging for their vehicles sooner,” says Wynn.

“With rooftop solar being installed at faster rates per capita than anywhere in the world, Australia has a big opportunity to jump on the bandwagon and reduce everyday bills for Australians even further, while kicking climate goals.”

Full report: Steering by the Southern Sun – Australians Are Missing a Trick on Solar-Powered Electric Vehicles