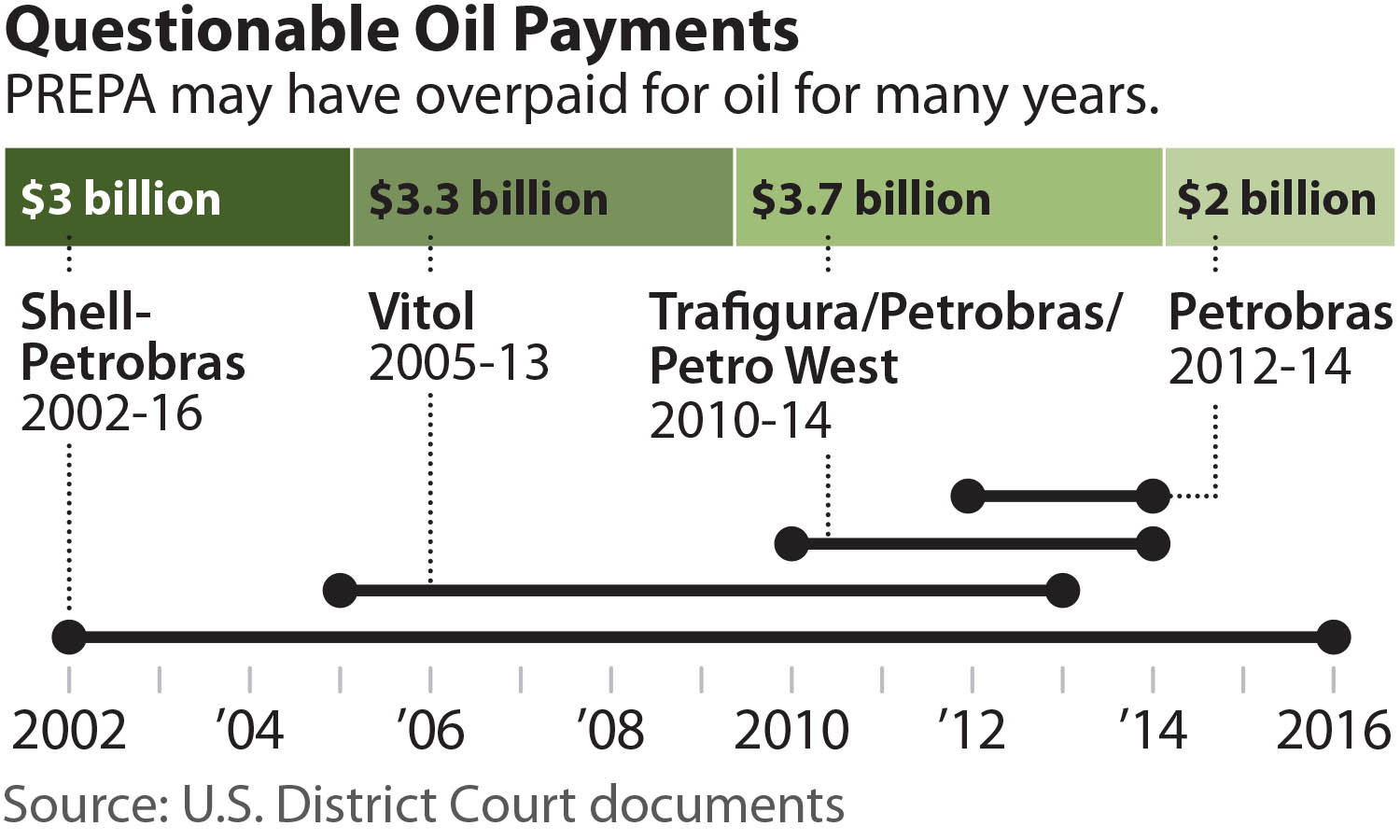 A report published today by the Institute for Energy Economics and Financial Analysis (IEEFA) — “Multibillion-Dollar Oil Scandal Goes Unaddressed in PREPA Contract Reform and Privatization: History is Repeating Itself in Puerto Rico” — concludes that PREPA’s privatization and a parallel government contract-reform initiative fall well short of correcting the circumstances that allowed an oil-purchase scandal to go on for as long as 30 years at the agency. 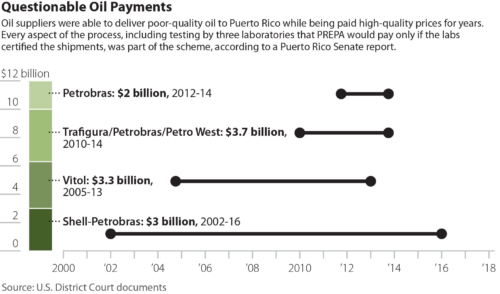 “Although weaknesses in the agency’s procurement and contracting processes are clear, they are not addressed in the recently-enacted privatization law ostensibly designed to transform PREPA,” said Tom Sanzillo, IEEFA’s director of finance and co-author of the report with Cathy Kunkel, an IEEFA energy analyst. “Nor are they adequately addressed in recently proposed contract reforms.”

The report lays out a history of “fraud, evasion of oversight, and budget distortions” at PREPA, all stemming from an arrangement by which oil companies working in concert with PREPA’s Fuel Office and private oil-testing laboratories very likely sold PREPA overpriced oil. It cites detail from both a class action lawsuit filed in 2015 that is currently being litigated and a 2016 Puerto Rico Senate investigation that urged prosecution of the scheme. And it notes that PREPA spent approximately $23 billion for fuel from 2002 to 2014, which suggests the cost to consumers and bondholders could have been more than $1 billion.

“Though it can be traced back many years, the scam in question has significant implications today, especially with regard to management reforms that are needed to rebuild PREPA,” Sanzillo said. “The commonwealth of Puerto Rico cannot advance, much less thrive, without an affordable and reliable electricity system. PREPA’s history of mismanagement and corruption—the most glaring examples of which can be seen in the agency’s Fuel Office operations and in the oil- purchasing scheme described in this report—remains a major impediment to its success and to its ability to maintain access to capital markets.”

The report notes that the oil-purchasing scandal may well give PREPA bondholders an opening to pursue claims against the involved parties. The bankrupt agency has more than $8 billion in debt, and the report says creditors “may have grounds to make claims for damages caused by PREPA’s mismanagement and corruption” in the oil-procurement practices described in the report. The report also describes a “systematic suppression” of whistleblowers.

Excerpts from the report’s executive summary:

Sanzillo said that among the failings of Rosselló’s privatization and reform initiative are key omissions of commitments to the prioritization of renewable energy development, which IEEFA sees as crucial to capital investment in Puerto Rico and solvency at PREPA. The report notes that the Federal Oversight Management Board for Puerto Rico alongside PREPA and the governor himself have encouraged less dependence on imported fuels and more development of renewable energy, especially solar, which is abundant in Puerto Rico.

“A comprehensive restructuring of the Fuel Office and true reform of PREPA’s overall contracting practices are urgently needed,” the report concludes. “Absent these meaningful actions, the “transformation” of PREPA is unlikely to bring real change for PREPA or its customers.”