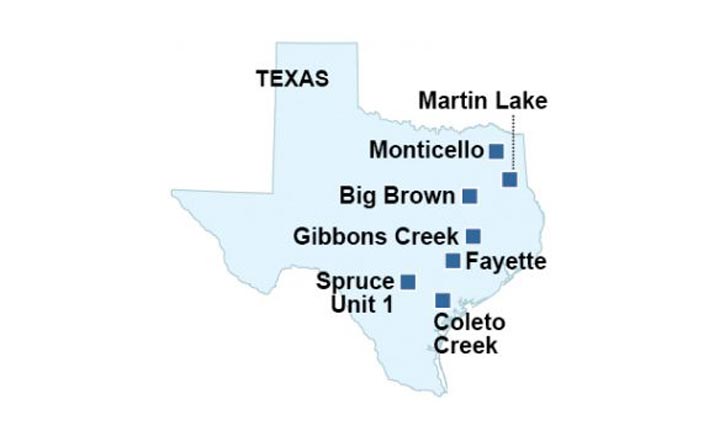 CLEVELAND, Sept. 12, 2016 (IEEFA.org) — The Institute for Energy Economics and Financial Analysis today published a research report describing how the coal-fired electricity industry in Texas is in decline and unlikely to recover in the face of rising competition from other energy sources.

The report—“The Beginning of the End: Fundamental Changes in Energy Markets Are Undermining the Financial Viability of Coal-Fired Power Plants in Texas”—by IEEFA Director of Resource Planning Analysis David Schlissel, looks specifically at seven aging plants that will likely be retired for their failure to compete.

Schlissel said the seven plants are emblematic of a fading industry.

and that six of seven Texas coal-fired generators they studied in Texas are at risk of retirement,” said Tom “Smitty” Smith, director of the Texas office of Public Citizen.

“The coal industry is undergoing rapid changes in Texas as EFH resolves its bankruptcy and considers retirement of its oldest  plants, as Gibbons Creek is being sold, as Austin Energy has begun to put money toward the retirement of its Fayette plant, as CPS retires rather than retrofit its JT Deely coal plant,” Smith said. “We think other Texas utilities should follow their lead. The transition will reduce costs, clear the air and create jobs.”

The report notes several forces arrayed against coal-fired generation and that suggest retirement of coal-fired plants is likely:

Schissel said it is not a question of whether ERCOT reliance on coal will fade, but when.

“The discussion should shift now to how to phase out these plants, what to replace them with, and how to retrain their workers,” he said in a companion commentary published on IEEFA’s website, with accompanying graphics.

Full report: “The Beginning of the End: Fundamental Changes in Energy Markets Are Undermining the Financial Viability of Coal-Fired Power Plants in Texas