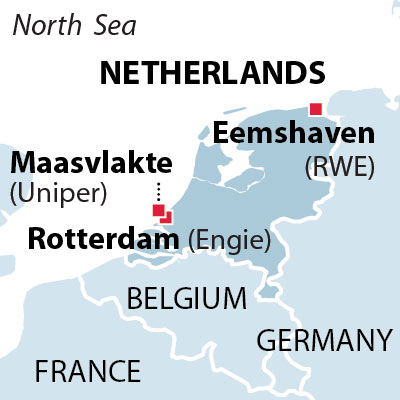 Investment in new coal-fired power plants appears off the agenda in Western Europe. 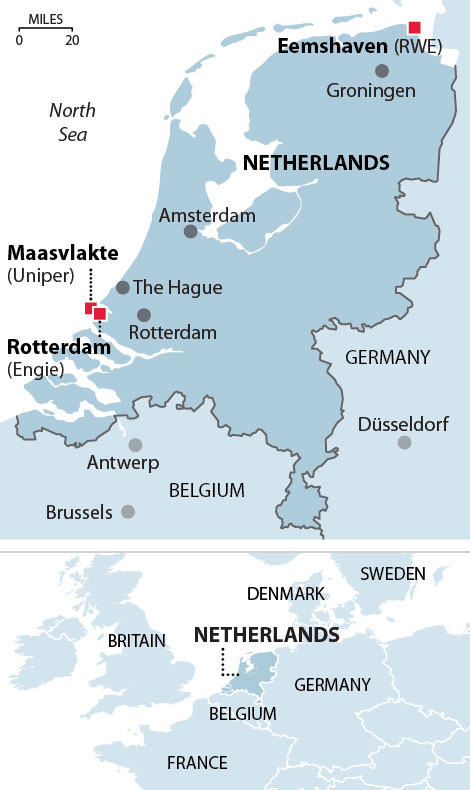 Witness the astonishing write-down of brand-new assets in the Netherlands, where European utility giants RWE, Uniper, and Engie have drastically reduced their valuations of plants barely a year old (read the report we published this morning, “The Dutch Coal Mistake,” which concludes that the plants have a current collective valuation, on owner balance sheets, of about €2.5 billion compared with original construction costs of more than €6 billion.

While additional coal-fired built-out regionally looks completely out of the question in the wake of such reductions, existing plants have a less final outlook, as the door remains open to payments for reserve capacity even with stiffer pollution-control targets on the horizon.

Europe is transitioning to a grid built around renewable power, with flexible back-up, including from natural gas, battery storage and demand response. While this evolution will have many twists, it’s safe to rule out new coal investment judging from the latest valuations of those three new Dutch plants (as measured by the utilities that built them).

RWE, Uniper and Engie—as our report shows—have collectively written off about half the value, respectively, of plants at Eemshaven, Maasvlakte, and Rotterdam, torching expected returns along with any hope that investors will support such projects again—certainly at least not in Western Europe.

RWE has written down to just €1.3 billion the value of its entire Dutch conventional generation fleet, including coal, gas and combined heat and power plants. The current valuation includes the Eemshaven plant, which alone cost €3 billion to build. We suspect that the three new coal power plants in question may be worth even less than the utilities acknowledge after taking into account the outlook for profit margins and coal plant running times.

THESE LOWER VALUATIONS ARE PARTLY ABOUT CHANGING MARKETS AS GROWTH IN RENEWABLES HAS LED TO LOWER WHOLESALE PRICES and to lower margins for both coal and gas-fired power plants. They are also about an expanding discussion on whether to get out of coal. Britain and Finland are both contemplating coal phase-outs by 2025, the Dutch parliament has requested a government phase-out plan, and similar initiatives are election issues next year in France and Germany.

The utility companies themselves recognize the looming risk. In August, executives at Uniper conceded such trends were hurting balance sheet.

“Given the political intent across Europe, and various discussed exit debates for coal-fired generation, we had to consider different scenarios and probabilities,” Chief Financial Officer Christopher Delbrück said on an earnings-report conference call announcing an impairment of €1.8 billion on its Dutch, French and German coal-fired power assets.

With losses like these, who needs coal? More interests perhaps than you’d think.

For the actual owners of coal-fired assets, sunk costs are sunk costs, and returns—even minimal returns—are better than none. The plants are still generating cash and they have some value on balance sheets, so why stop running them? Utilities will demand compensation for mandated retirement of coal-burning plants, and their spirited assertions may well deter officials from bringing the hammer down. The Dutch government’s response, due shortly, to its parliament’s request for a phase-out plan will be an interesting test.

Then there are the markets to consider. While European power prices have risen lately, hard-coal prices have risen as fast or faster, meaning operating margins for coal-burning plants have ebbed closer to zero.

But while hard coal is under the gun, it is quite a different story for brown coal, or lignite. Negligible fuels costs, zero hedges and rising power prices may have EPH, a Czech company, thinking it sealed the deal of the year. In acquiring the Swedish state-owned utility Vattenfall’s German lignite assets in August. EPH acquired the assets for free along with a €1 billion cash payment from the seller to help them cover mining rehabilitation costs. As we noted in a report we published a few weeks ago, EPH now has substantial liabilities tied to rehabilitating these open-pit mines, and cannot withdraw any cash for another three years. Nevertheless, without action from policymakers, EPH will sweat these assets happily.

Then there are coal power subsidies such as capacity payments, which some countries (including the U.K. and Spain) are making to prop up coal power plants as a way, ostensibly, to safeguard security of supply, and more likely satisfy powerful utilities. National governments will resist any effort by EU officials to limit the eligibility of coal for such schemes, as the European Commission tried hesitantly to do today.

All that said, the clunky characteristics of coal-fired power plants make them poorly suited to responding to the ups and downs of power demand and rising competition from wind and solar.  The growing regulatory response to climate-change risk puts coal at further disadvantage.

THE CLINCHER FOR EXISTING COAL PLANTS MAY BE A NEW ROUND OF STANDARDS, NOW IN THE DRAFTING, outlining best practice for large combustion plants. Stiffer, more costly pollution limits might be the final straw that sees utilities turn their backs on coal. That’s why such rules are hotly fought over, with some countries—including Poland, Greece and the Czech Republic—actively lobbying against tougher controls.

With so much to contend with, coal power looks down in Western Europe, but far from out in the East.


Full Report: “The Dutch Coal Mistake: How Three Brand-New Power Plants in the Netherlands Are at Risk Already of Becoming Stranded Assets”