Renewables accounted for one-third of U.S. electricity production for five days in 2022. 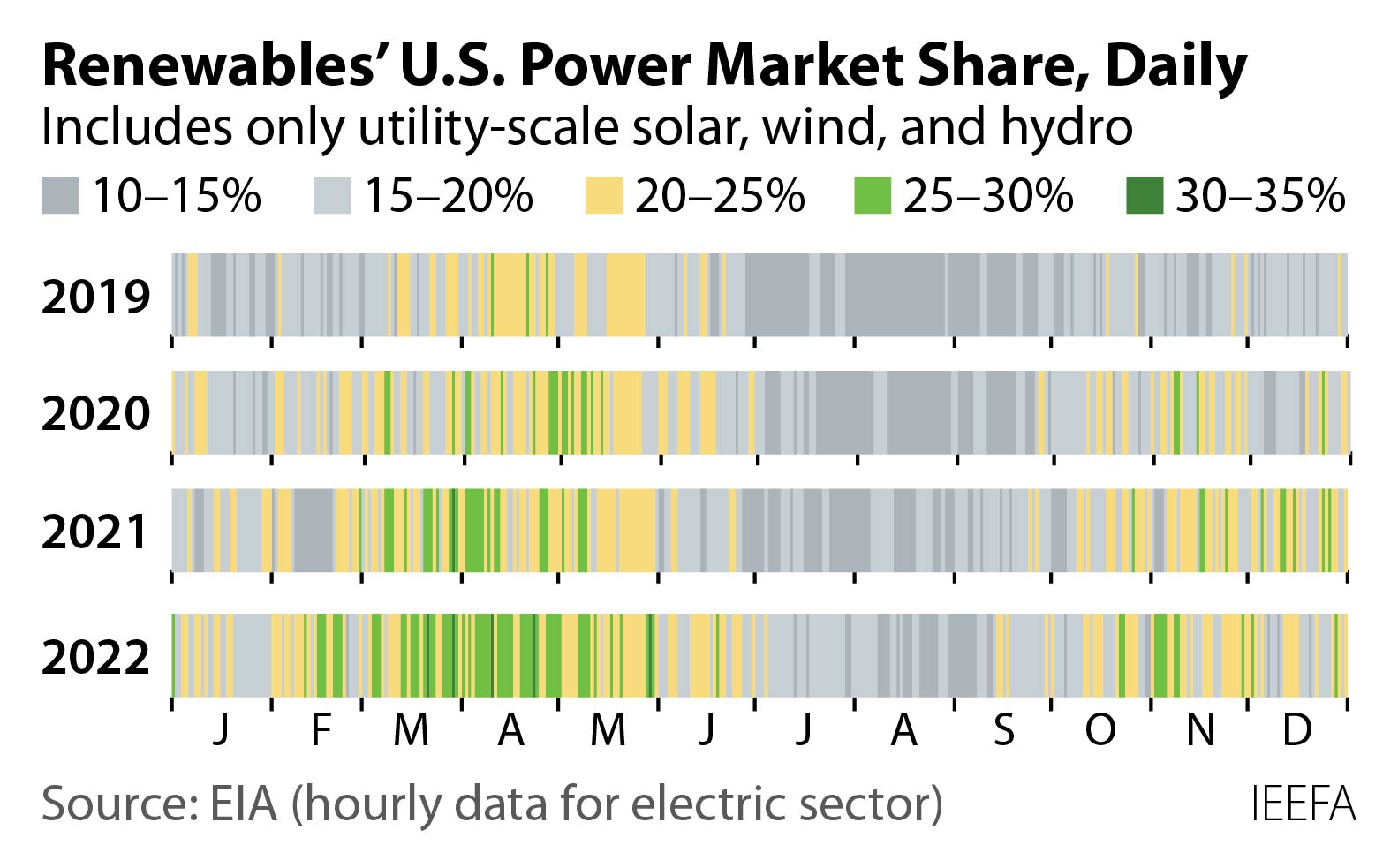 Renewable power made significant gains in the U.S. in 2022, new data from the Energy Information Administration’s Hourly Grid Monitor shows. After two years of disruptions from the COVID-19 pandemic, and turmoil in energy markets after Russia’s invasion of Ukraine in February, the rapid progress of the renewable transition came into focus in 2022.

The growing market share of utility-scale solar, wind, and hydro generation is clearly seen at a daily level: There were 191 days in 2022 when renewables’ market share exceeded 20%, more than three times the 63 days in 2019. This means that renewables are rapidly approaching parity with coal, which topped 20% on only 218 days, down from 335 in 2019.

And on five days last spring, renewables’ market share was between 30% and 35%—meaning they powered one-third of the nation’s electricity needs. Coal had no days in 2022 with a market share that high, compared to 12 days in 2019.

Generation in the summer months is shifting, too. Because demand soars on hot days and overall wind speeds diminish in the summer compared to the spring and fall, renewables have been slower to show an impact. But solar farms have proliferated nationwide over the past three years, boosting summer generation. In July, August, and September 2019, there were just 15 days when renewables’ market share rose above 15%; last year, there were 63 days.

The trends are likely to continue for the foreseeable future: Two-thirds of the nameplate capacity that the EIA expects to be added to the grid in 2023 consists of wind and solar, and another 18% is battery storage.

Meanwhile, coal’s role in the power sector continues to decline. Despite the potential for a rebound last year as gas prices soared and U.S. economic activity continued to recover from the pandemic, coal actually generated about 6% less electricity than in 2021 and 10% less than in 2019. Coal’s market share for power was less than 20% for seven months of 2022, the same as in 2020, when pandemic lockdowns sharply cut power use. It’s a significant number since coal had never had a month with a lower market share before 2020. 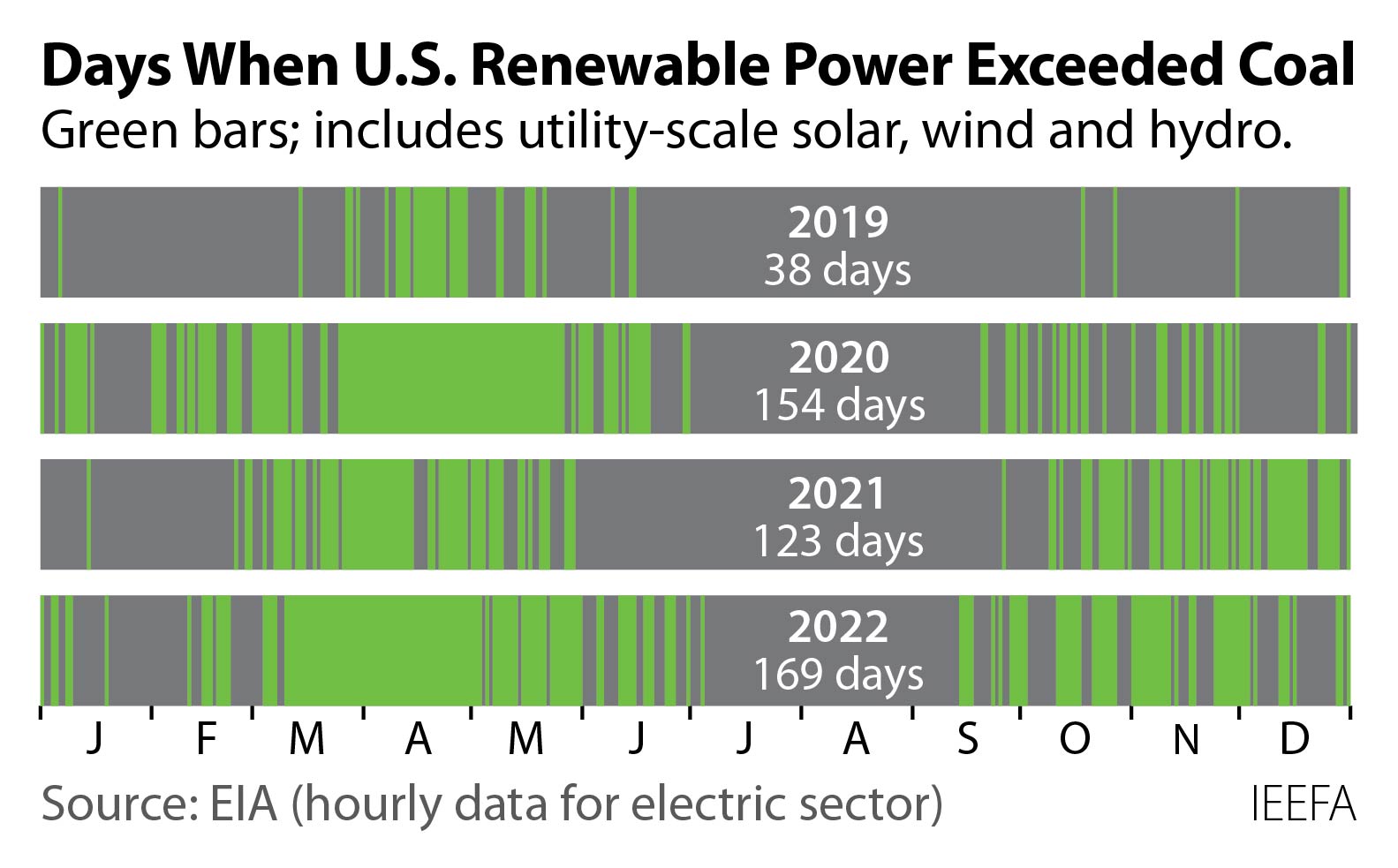 The diverging directions for coal and renewables are also clearly evident in a head-to-head comparison: Last year, utility-scale renewables in the power sector generated more electricity than coal on 169 days—and more than gas, the largest source of power, on 10 days. Back in 2019, renewables out-generated coal on just 38 days, and never produced more than gas.