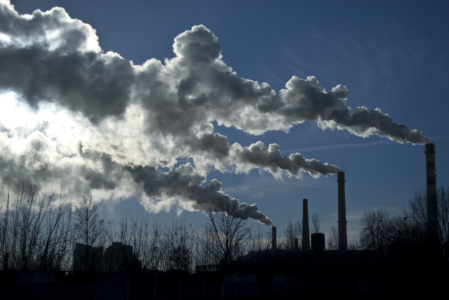 Last month as Senate Republicans passed two resolutions to strike down provisions of the Clean Power Plan, members of the Regional Greenhouse Gas Initiative (RGGI), a collaboration of nine Mid-Atlantic and Northeastern states, met in New York. Discussions centered on how the country’s first carbon cap-and-trade market will approach compliance with the EPA’s Clean Power Plan. Members even talked about expanding the program to states that want to participate in regional agreements as a cost-effective vehicle for reducing carbon emissions from electricity-generating units.

How exactly does the program work? RGGI summarizes it neatly like this:

“States sell nearly all emission allowances through auctions and invest proceeds in energy efficiency, renewable energy, and other consumer benefit programs. These programs are spurring innovation in the clean energy economy and creating green jobs in the RGGI states.”

The initiative’s history is short but successful.

The participants developed a multi-state CO2 emissions budget, or cap-and trade program, whereby electric-generating units with a capacity of 25 megawatts or greater purchase a mandated amount of allowances as a function of their share of carbon emissions (one allowance = one ton). Parameters for CO2 allowances and offsets are set according to statewide carbon emission limits. The limited offsets under the program provide some flexibility in compliance. Each RGGI state also sets the timing and other logistics for participation in the regional auction platforms, in which 90 percent of the allowances are auctioned quarterly. The program has been tweaked periodically over the years to improve compliance standards and overall market integrity.

Its performance is worth noting:

In other words, the nine states that chose to participate in RGGI have benefited enormously. By contrast, New Jersey, the state that pulled out of the agreement. has missed out on hundreds of millions of dollars of revenue.

To be sure, the cap-and-trade approach has critics, some of whom argue that it can concentrate emissions in politically and economically vulnerable communities, and this is an issue that should be addressed in designing any cap-and-trade system.

But as states develop their respective approaches to Clean Power Plan compliance, RGGI provides a wealth of instructive data and a potential model for participating in a multi-state and regional collaborative with a proven record for reducing carbon emissions in a cap-and-trade market.

Regulatory Consultant Lisa Anne Hamilton has provided legal support to Skadden Arps Meagher Slate & Flom and the Financial Institutions Group of Davis Polk & Wardwell. She is a member of the legal bar in New York, Maryland, and the District of Columbia.