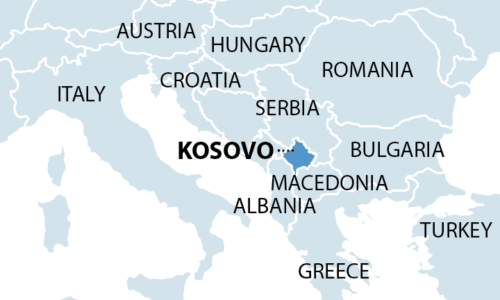 A recent Kosovo government announcement of a contract with U.S. developer ContourGlobal to build a new coal-fired power plant in Pristina appears to be in violation of European state-aid rules.

The deal, which awards ContourGlobal a no-bid contract to build a 450-megawatt (MW) plant that would burn domestically produced lignite, effectively serves as a barrier to competition from lower-cost renewable energy technologies.

The 269-page agreement, which the government to its minor credit has posted on its web site, includes a “target” consumer cost for the power plant’s electricity of €80 per megawatt hour (MWh). However, this number would not cover total costs, which in the contract appear to be based on calculations that take 22 pages to explain (Pages 170-192) The document offers no answers to these formulae, leaving significant uncertainty as to what such a plant would really cost.

This is an iffy proposition reminiscent of similar past proposals researched by the Institute for Energy Economics and Financial Analysis. Among previous iterations was a 2016 proposal also involving CountourGlobal that never got off the ground and that IEEFA concluded would jeopardize the entire economy of Kosovo by generating very expensive electricity and creating a huge debt burden. There is no reason to think that these risks are any different with this new deal.

The contract protects ContourGlobal, guaranteeing not only reimbursement on a variety of costs that range from fuel to corporate taxes, but return on its investment of 18.5 percent. It includes minimal protection for Kosovo.

A better option: opening the market to competition and allowing for power generation that takes into account affordability, security of supply and the environment.

The document, formally known as a power purchase agreement (PPA), ensures ContourGlobal of “energy payments,” “availability payments,” and “additional payments.” The first would cover the power plant’s operating costs, including for fuel (it seems that this revenue would come from the €80 per MWh customer rate). The availability payments would cover fixed numbers, including ContourGlobal’s equity return and interest payments. “Additional payments” would cover ancillary services to balance the power grid. What any of these costs would truly be is not spelled out.

That said, it is significant that these penalties are capped. And notable that they are essentially negated by potentially greater rewards for the developer that include a 20 percent bonus if the power plant runs above a certain threshold. The penalties are also minuscule compared with potential annual revenues of €260 million (assuming an 8 percent capacity factor and €80/MWh rate).

The big protections favor the developer.

And they raise conflict-of-interest questions. The name of the U.S. law firm of Hunton & Williams features prominently on the contract, and if that law firm was the sole drafter, the Kosovo public will rightly want to know who paid for it.

Although part of the Kosovo government’s aim here is probably to attract foreign investment to a country seen as high-risk, surely the government can get a better deal than this for consumers.

NOT ONLY DOES THIS AGREEMENT LOOD BAD FOR KOSOVO, it seems also to constitute what is known as “illegal state aid” under European Union standards, which figure into the discussion because Kosovo is an aspiring EU member state.

The “availability payments” in this contract break recently published EU guidelines, which require such payments to be competitive and technology neutral, to include interconnection, and to be a last resort—after power market liberalization, which is meant to encourage competition.

These payments would also limit Kosovo’s electricity grid options for 20 years, since the  availability payments (which, again, cover all fixed costs, including debt and equity costs and returns) would be paid regardless of whether electricity is even dispatched. This would confer a financial advantage to the coal plant, making a nonsense of the Kosovo government’s recent claim that 2018 will the “year of green energy” in a country that is already 98 percent dependent on coal for its electricity generation.

There’s a much better option in simply opening the market to competition and allowing the government of Kosovo to develop multiple forms of power generation that take into account affordability, security of supply and environmental impacts.

The government would do well to open contract terms like those it is offering ContourGlobal to all forms of power-generation technologies. And it could create cost reductions by way of competitive auctions, an approach that has worked well around the world to drive wind and solar prices down.