IEEFA update: Commercial need for Trans Mountain Pipeline no longer holds – if it ever did 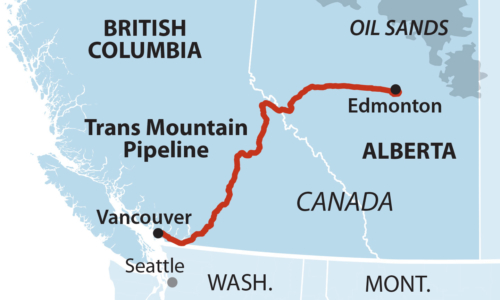 The Government of Canada is expected to rule by June 18 on whether the Trans Mountain Pipeline Expansion should move forward. In addition to possible legal challenges, the business case for the pipeline expansion continues to weaken. An updated financial analysis needs to be conducted before committing Canadian taxpayers to spending billions more on this non-competitive and risky project.

THE TRANS MOUNTAIN PIPELINE HAS A TROUBLED HISTORY. The Pipeline Expansion, if completed, would connect oil sands from Alberta to Canada’s West Coast, presumably for export to Asia. Over the past two years, the controversial project has faced many challenges. By May, 2018, its former owner, Texas-based Kinder Morgan, had all but walked away from completing the expansion, having lost its appetite for facing ongoing legal, environmental, and regulatory hurdles. Later that same month, the Canadian government made the extraordinary decision to buy the unfinished pipeline and related assets (primarily an ageing pipeline between Alberta and Puget Sound in Washington State) for $4.5 billion should another buyer not step forward. (NOTE: All figures are in Canadian dollars except where indicated otherwise). The Canadian Federal Court of Appeal, on August 30, 2018, formally halted construction. Thirty minutes after the ruling, Kinder Morgan shareholders approved the deal, and, two days later, the Canadian government had, in effect, become the buyer of last resort.

The true costs of acquisition, expansion and ongoing operation of the pipeline are not fully understood.

Since the pipeline purchase, the Government of Canada has structured its acquisition, planned expansion and ongoing operation in a way that makes it difficult to determine how much taxpayers are paying now and will pay in the future. A recently-released annual financial report by the Canadian Development Investment Corporation (CDEV) suggests that between September and December 2018, operating income ($48 million) from the related assets of the Trans Mountain sale (primarily the aging pipeline between Alberta and Puget Sound) did not cover the interest on the loan to buy the pipeline ($82.4 million – see CDEV Annual Report 2018 pages 56 and 61).

THE BUSINESS CASE FOR THE PIPELINE IS WEAK AND GETTING WEAKER AS OIL SANDS GROW LESS COMPETITIVE. Oil sands from Canada cost more than oil produced elsewhere and the price differential is going to grow. 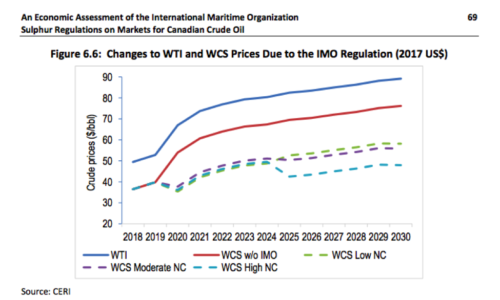 Significant amounts of fossil fuel reserves are already being sold at a loss during this time of global price volatility and political instability. Competitive forces are only increasing as more countries (such as the U.S. and Russia), enter the global market. These countries are bigger and can better withstand oil price fluctuations. At best, oil sands are marginally profitable.

Even viewed optimistically, the oil sands export potential suggests Canada will become, at most, a swing producer within the existing market structures. Since the pipeline was barely economically viable in its original configuration, expected delays and anticipated increases in construction costs cast further doubt on whether there is any business case for the expansion project at all. Best to figure that out before building it.