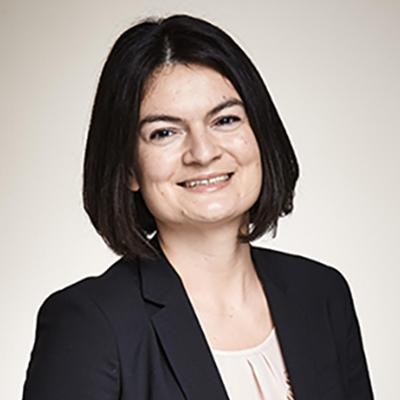 Amandine is a recognized expert in net zero emissions transitions across the economy. She led the development of the first domestic net zero emissions pathway for Australia and subsequent updates, which are considered to be the reference for Paris-aligned pathways and used by business, finance and government organisations. She has worked with and advised many organisations on the strategy, investment and risk implications of the energy transition.

Amandine joined IEEFA following a decade in leadership positions at Climateworks Centre, Australia’s leading climate organization and a trusted advisor to decision makers in Australia, South East Asia and the Pacific. She first set up and managed Climateworks’ research team, then oversaw its Australian program portfolio and finally led its inaugural strategy team. Prior to joining Climateworks, Amandine worked as a management consultant for McKinsey and Company in Sydney, advising clients across public and private sectors on strategy, sustainability, carbon abatement opportunities and associated policies.

Amandine holds an MBA, as well as a MSc. from Ecole Polytechnique (France) and a MSc. from the Massachusetts Institute of Technology (M.I.T.). She also graduated from AICD’s Company Director’s course.