Save the Date! Webinar: Why Small Modular Reactors are not a climate fix 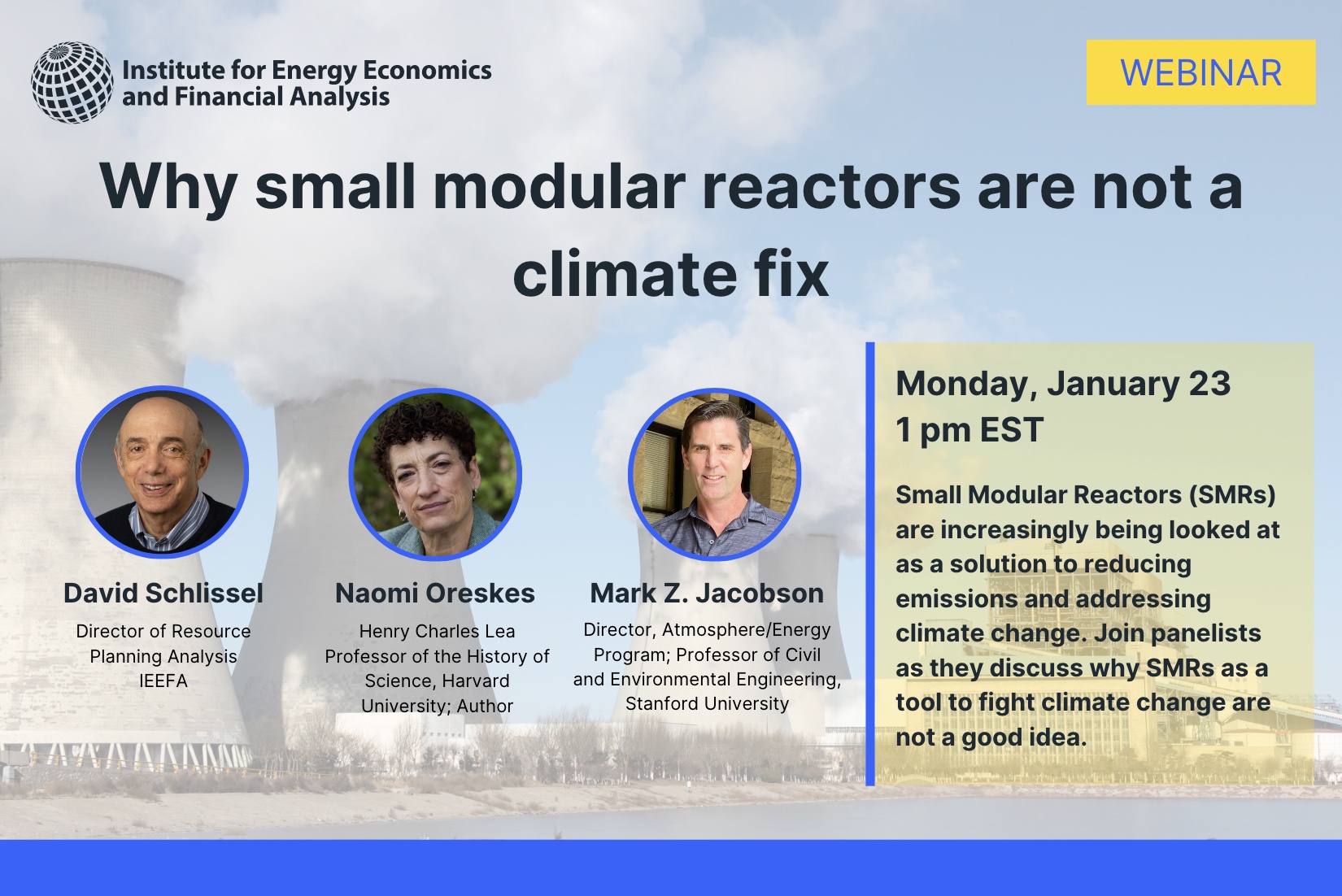 Small Modular Reactors (SMRs) are increasingly being looked at as a solution to reducing emissions and addressing climate change. Yet like most nuclear power projects, SMRs have a history of significant cost over-runs and years-long schedule delays.

Join IEEFA analyst David Schlissel, Mark Jacobson from Stanford, and Naomi Oreskes from Harvard as they discuss why SMRs as a tool to fight climate change is not a good idea. Register today.