The rapid installation of 2,000 megawatts (MW) of rooftop solar systems in Bangladesh could reduce 15 million tonnes of CO2 through 2023-30 and contribute to achieving the country’s Nationally Determined Contributions (NDCs).

Bangladesh has set a target of unconditionally reducing 26.31 million tonnes of CO2 equivalent from the energy sector alone by 2030 in its Nationally Determined Contributions (NDC).

To achieve its goal, Bangladesh cannot afford to ignore the vital role rooftop solar can play in decarbonising the energy sector. Rapid implementation of 2,000 megawatts (MW) rooftop solar systems without battery storage could roughly reduce 15 million tonnes of CO2 from 2023 to 2030.

Fossil fuels still dominate Bangladesh’s electricity system. The country’s on-grid renewable energy capacity is merely 584MW out of the installed capacity of 22,607MW (excluding off-grid and captive systems). Of the renewable energy capacity, rooftop solar installations are at a paltry 90MW compared to the ballpark potential of 5,000MW from only rooftops of existing industries.

Rapid implementation of 2,000 megawatts (MW) rooftop solar systems without battery storage could roughly reduce 15 million tonnes of CO2 from 2023 to 2030.

Bangladesh would be better off exploiting rooftop solar at scale as this is one of the cheapest sources of green energy.

About a decade ago, high prices of solar panels held back the country's large-scale adoption of solar energy. However, during 2010-19, solar panel costs fell sharply to US$0.38 per watt from US$2 per watt in the international market. This made solar power affordable and competitive with most fossil fuels.

Reportedly, electricity prices for consumers are likely to increase following the latest hike at the wholesale level. As such, industries and commercial building owners can fix energy bills using rooftop solar systems when the sun is available.

Assuming an average availability of sunshine for four hours a day throughout the year and 15 days of shutdowns for various reasons, a 1MW rooftop system can generate approximately 1,400MWh per annum. The payback period for a 1MW rooftop system for an industrial entity would be just over six years at the current tariff of Bangladesh Taka (Tk) 8.45 per kilowatt-hour (kWh). An electricity price hike, which is highly likely, could reduce the payback period to around five years.

With more than 4,000 industries, the apparel sector, contributing 9.25% to the gross domestic product (GDP) and 82% of the total export earnings during the fiscal year (FY) 2022, could deploy a significant capacity of rooftop solar systems to cut emissions. This is because the sector faces international competition and needs to reduce its carbon footprint as part of the buyers’ compliance and the global fight against climate change. Other industries and commercial buildings could follow suit from a purely commercial angle.

Bangladesh would be better off exploiting rooftop solar at scale as this is one of the cheapest sources of green energy.

Similarly, the Infrastructure Development Company Ltd. (IDCOL) offers loans to rooftop solar projects at a 6% interest rate. Being an accredited entity of the Green Climate Fund (GCF), IDCOL could also develop an extensive programme for industrial rooftop solar systems, following the model it has adopted in its GCF project for enhancing energy efficiency in Bangladesh’s garment sector. Moreover, with the falling price of solar energy and reduced payback periods, investors would encounter fewer risks than they had at a borrowing rate of 9%.

Furthermore, the net metering guidelines of Bangladesh allow industries and commercial buildings to install rooftop solar systems and connect to the national grid through a bidirectional meter. As the levelised cost of electricity from rooftop solar systems is roughly Tk5.5/kWh, they will save significantly by reducing grid electricity consumption that currently costs industries Tk8.45/kWh and commercial buildings Tk9.02/kWh.

Despite huge potential, to maximise the benefits of rooftop solar facilities in the country, fixing a couple of problems is imperative. For instance, in the absence of locally manufactured high-quality inverters, people rely on imported inverters. Currently, the import duty on inverters is 37%, which raises project costs and demotivates investors.

There is also concern over the quality of solar equipment. While Bangladesh needs to import solar panels and inverters, sufficient testing facilities are unavailable to check and ensure quality. This calls for establishing accredited testing labs with adequate capacity to provide quality checks of solar panels and related accessories. In addition, to ward off the market penetration of sub-standard solar accessories, the Bangladesh Standards and Testing Institute (BSTI) may consistently monitor the market.

The green refinance scheme, launched by the Bangladesh Bank in 2009, has undergone a series of revisions over the years. Therefore, many stakeholders might be oblivious to the present terms and conditions of the scheme. The central bank can carry out an awareness-raising campaign on the recent changes in green refinancing to address the information asymmetry and/or attract industrial and commercial entities to invest in cost-competitive rooftop solar projects.

The Sustainable and Renewable Energy Development Agency (SREDA), the government-mandated agency to promote clean energy, could organise sessions with industries, commercial entities and their associations. In these sessions, the SREDA can create awareness and enlighten stakeholders about how its solar helpdesk could support them with technical, policy and other information.

With the rising cost of electricity, the low-cost green refinancing scheme and IDCOL’s facility have increased the attractiveness of rooftop solar systems. While these are important steps to increase the adoption of rooftop solar systems, stakeholders also need updated information and a simpler loan disbursement process. Moreover, to usher in a rooftop solar revolution to help achieve its NDC targets, the government must ensure the quality of panels and waive import duty on inverters.

This article first appeared in The Financial Express 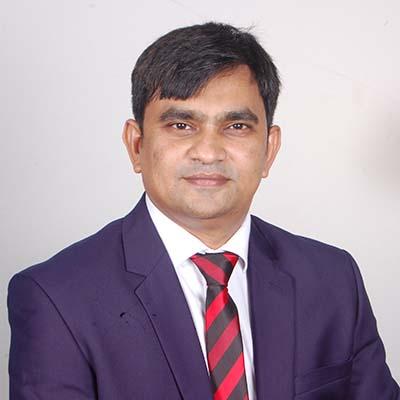