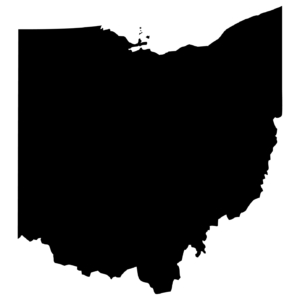 Utilities in Ohio and West Virginia clinging stubbornly to coal-fired power plants for electricity generation are finding the strategy backfiring in a way they might not have anticipated.

Some of the world’s biggest investors are saying no thank you to enterprises so deeply—and dangerously—attached to coal. They include Norway’s Government Pension Fund Global, or GPFG, which last week announced its first round of divestiture from such holdings. Among the companies on Norway’s divestment list are three utilities operating in Ohio: FirstEnergy, American Electric Power, and AES, the parent company of Dayton Power and Light. Each of them has received or is seeking ratepayer bailouts to keep aging and increasingly costly coal-fired power plants alive, a strategy seen as badly out of step with the times.

Big as those numbers are, the full impact of GPFG’s action is even bigger. It is one of the most influential investors in the world, and other institutional investors are following its lead, including German insurance giant Allianz, French insurance company Axa, and huge public pension funds in California and New York.

Managers of these funds, which control hundreds of billions of dollars of wealth, will simply no longer bet on an industry in structural decline.

While Norway’s precedent-setting move is based in part on environmental and moral principals, it is also informed by the reality that coal is the poorest-performing investment sector in the world.  Investors are up against a blunt, hard financial reality that is reflected by some of the largest investment fund in the world having lost confidence in coal.

FIRSTENERGY, AEP, AND DAYTON POWER AND LIGHT HAVE ALL FILED DOCUMENTS WITH THE PUBLIC UTILITIES COMMISSION SHOWING THAT THEY ARE LOSING MONEY BY RUNNING COAL-FIRED PLANTS THAT CAN’T COMPETE WITH LOWER-COST POWER FROM NATURAL GAS AND RENEWABLES. Their path for survival involves persuading the PUCO that customers should bail them out and pay extra for power from those plants. Our utility experts here at IEEFA estimate that the FirstEnergy bailout alone will cost Ohioans an extra $4 billion above market prices in the next eight years. The Ohio Consumers’  Counsel has come to a similar conclusion.

The PUCO approved FirstEnergy’s and AEP’s proposals last month, but customers and competitors are currently challenging them at the Federal Energy Regulatory Commission (FERC) and will likely also go to the Ohio Supreme Court. Dayton Power and Light is asking the PUCO to approve their proposal by the end of this year.

Both FirstEnergy and AEP have also gone to great lengths in West Virginia to keep their uneconomic coal-fired plants in operation by shifting them from deregulated subsidiaries into the regulated rate base.

This strategy ignores a fact that managers at funds like GPFG grasp: that coal-fired electricity cannot compete and that no profits can be gleaned where none exist.

GPFG’s divestments allow it to reinvest in companies if they change their strategic direction to lessen their reliance on coal-fired power.  GPFG’s simple premise is that diversification of supply of energy for electricity is the most prudent financial and environmentally course to take.

Insistence by Ohio utilities to keep their coal-fired plants running by depending on ratepayer bailouts not only prove s to be a costly burden to customers, but costs the companies too in their inability to  attract and keep institutional investors.