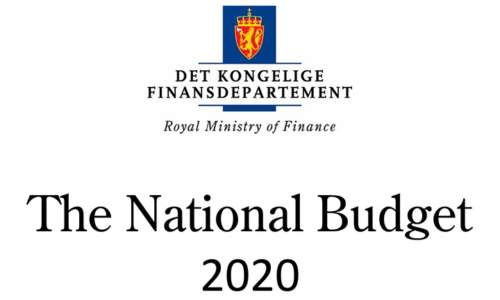 Long-term low oil prices and competition from other countries and technologies have driven the Norwegian government, heavily dependent on its large state-owned oil and gas producer, to acknowledge a permanent profit squeeze. Twenty-six percent of the country’s annual budget revenues and 17 percent of its GDP are tied to the oil and gas market. The growing profit squeeze increases the risk of budget gaps and political divisiveness.

The Norwegian government, sobered by these disclosures, is taking stock.

For most of the last 30 years, Norway has had the enviable dilemma of what to do when total revenues are more than enough to cover budgetary needs. For decades, rising oil and gas revenues consistently created annual budget surpluses.

THE SURPLUS WAS TRANSFERRED TO NORWAY’S GOVERNMENT PENSION FUND GLOBAL (GPFG), commonly known as the “Oil Fund” and invested in stocks and bonds.  The fund grew to $1 trillion and the diversified investment stratagem served as protection against the ups and downs of the oil and gas market. The Norwegian public receives regular reports on the fund, which is managed by professionals and guided by elected leaders. The GPFG is integral to Norway’s fiscal health and contributes to civic life.  Norwegians continue to debate how best to use the fund and ensure it reflects their values.

The Norwegian Ministry of Finance’s recent national budget makes clear that the country cannot continue its heavy reliance on oil revenues, stating: “The era of large increases in petroleum revenue spending since the fiscal rule was introduced in 2001 (a rule that limited spending) is coming to an end.”  The ministry also recognizes that oil and gas revenues will continue to be a large part of Norway’s prosperity and that its oil operations will remain largely profitable providing revenue for many years to come.

But it cautions that, not only are revenue increases coming to an end, there are also signs of impending declines: “Petroleum revenues will gradually start to decline, and a decade from now, the revenue from the Fund as a share of mainland GDP will most likely be on a downward path.”

THIS WARNING IS SPARKING A PUBLIC DEBATE. What to do now that its heavy dependence on fossil fuels is declining? What to do with a ten-year warning notice? How best to invest the $1 trillion fund and use it to keep the Norwegian economy healthy?

The budget document presents a number of possible strategies: 1) Reduce reliance now on oil revenues even if the economy and revenues are up; 2) Utilize remaining oil and gas assets in a prudent manner, take profits and reinvest them into broader industries; and 3) Use public spending to diversify the economy.

These budget and policy issues are emerging at the same time that Norwegians are grappling with their unique role in the global climate change debate. Norway is a large producer of fossil fuels but also demonstrates a deep commitment to combatting global warming.

THE FUND’S POLICY RESPONSE TO CLIMATE CHANGE UP UNTIL NOW HAS BEEN:

Norway’s fiscal prudence and conscious attempt to address climate change contain lessons for the oil and gas industry and more broadly, for countries that depend heavily on fossil fuel revenues.

FIRST, NORWAY’S PUBLIC RECOGNITION OF THE FINANCIAL DETERIORATION OF THE FOSSIL FUEL SECTOR is an important pre-condition for constructive policy action. The history of applying its oil and gas wealth to meet broader societal goals – for shared benefits – has led to a public dialogue about the country’s energy transition. By necessity, the end of fossil fuel dependency is inextricably linked to the next phase of Norway’s economic growth plans.

Second, from a strictly financial perspective, it is not the absolute decline or imminent collapse of the fossil fuel sector that is prompting action, rather a recognition of the sector’s long-term decline. The justification for fossil fuel investment in the past has been the promise of unending growth. As Norway is acknowledging, it is easy to hitch one’s political fortunes to economic growth. Annual oil and gas surpluses may have obscured the tough political choices that need addressing.  But as growth slows, these hard choices have come to the surface and the country’s historic commitment to the public good can get lost. The 2020 budget summarizes the matter this way:

“FROM A PUBLIC FINANCE POINT OF VIEW, TAX REVENUES FROM PETROLEUM EXTRACTION ARE LARGE, vary considerably from year to year, and will eventually end. For many resource-rich countries, the temporary large revenues have led to relatively short-lived booms followed by long-lived and painful adjustments as production and revenues diminish. A common pitfall is excessive spending, which destabilizes the economy and fails to benefit future generations.”

FINALLY, FOR THE FORESEEABLE FUTURE, THE WORLD IS MANAGING TWO ECONOMIES: the fossil-fuel economy and the low-carbon economy. The fossil-fuel economy has been volatile and inflationary, characterized by high profits, high risk, and high costs. Driven by outmoded business models, its financial outlook is negative.  The fossil fuel sector, however, remains a critical part of the global economy, and still enjoys growing demand for its products. The low-carbon economy, by contrast, is characterized by steady, modest profits. As a deflationary growth story, the young low-carbon industry has a positive financial outlook.

Managing these two economies – fossil-fuel-based and low-carbon ‒ is upending financial concepts of supply and demand, price, profit, competition, risk, volatility and stability. Norway is attempting to find a path forward using the umbrella of its national political ideology and institutions. The country is clear about where it will land financially in ten years. What path the country will travel is more of an open question. The political openness and full disclosure of fundamental economic and climate change policy will have lessons for us all.