A fragile consensus has emerged from the recent Puerto Rico legislative session and a parallel energy planning process being carried out by the Puerto Rico Electric Power Authority (PREPA), its consultant Siemens, and the Financial Oversight and Management Board for Puerto Rico.

The progress: new legislation establishes a goal of 100% renewable energy by 2050 and the new energy plan now in development reflects the need to place renewable energy as the top priority for energy investment.  But there are many hurdles before this progress on paper translates into reality.

Can the fragile consensus withstand dealmaking?

The uncertainty? Puerto Rico’s House of Representatives has delayed taking up the proposed law until January, fueling suspicions that the bill will be weakened.

Additionally, the government is soliciting secret privatization proposals in a separate process run by Rothschild, Citibank and Governor Ricardo Rosselló. The process, spearheaded by the Public-Private Partnerships (P3) Authority controlled by the Governor, can produce deals that can legally skirt any new or existing energy law or PREPA’s energy plan.

Our recent inquiry to gather information about what companies are making proposals, for what kind of electricity plans, at what cost and under what kind of ownership has been rebuffed. P3’s response is that all information is proprietary – even though the law would not prevent the agency from providing a list of pending projects, type of energy source, size, high level costs and other information that has no bearing whatsoever on the proprietary interests of the applicants or Puerto Rico. This is just another example that closed contracting remains business as usual.

Our concern is heightened because Citibank’s record in Puerto Rico is less than stellar: it has been part of the underwriting team for most of PREPA’s bond issuances during a period of rapid economic decline and the use of bond proceeds for operating purposes, and also held Puerto Rico bonds for a time. Now the bank is involved in screening new deals that are likely to generate more underwriting fees in both the public and private sector. The potential for conflicts is apparent; will Citi’s advice be based on what’s best for Puerto Rico, or what generates the most fees? And one has to ask why the government would continue to hire a company that helped bring Puerto Rico to the brink.

PUERTO RICO HAS A HISTORY OF CREATING LAWS AND PLANS THAT SAY ONE THING, WHILE DOING THE OPPOSITE. The legislature passed a law in 2010 that said by 2015 there would be 12% renewable energy. Today there is 2% renewable energy — and the contracts for that are flawed and have above-market costs. Earlier this year, PREPA’s certified Fiscal Plan required a $400 to $500 million reduction in its annual fuel costs in order to remain solvent. Heavy investment in renewable energy is required to achieve this vital fiscal goal. New natural gas plans do the opposite. When the political process takes over the law is simply ignored.

As we have noted, PREPA’s Executive Director Jose Ortiz, a political appointee of Governor Rosselló, remains committed to natural gas generation as the priority, even though the recent withdrawal by developers from the Aguirre gas port is fresh evidence that such projects are economically unsustainable. Natural gas proposals have been known to come and go as developers are first seduced into Puerto Rico and then see that its hills are tough terrain and its finances and politics are not on the level.

We expect more such proposals. Indeed, just last Friday PREPA announced that it would be signing a contract within the next 30 to 40 days with New Fortress Energy, a company that wants to construct the infrastructure for importing natural gas to the San Juan power plant.

Why? For the same reason such deals have come up in the past: Puerto Rico’s contracting processes remain opaque and prone to corruption. (The audit of last year’s Whitefish contracting scandal that was supposed to be released in October, for example, has been buried). In particular, the politicization of PREPA and other executive agencies – which has subjected them to the shifting priorities of every new governor’s administration – was discussed at length by the Financial Oversight and Management Board’s independent investigator, but with little progress towards fixing the problems.

MEANWHILE, THE SAME ENERGY PLAN THAT ENCOURAGES RENEWABLES IN THE SHORT TERM INCLUDES NEW NATURAL GAS GENERATION IN SUBSTANTIAL PROPORTIONS IN 2025 and beyond. Fees from such deals fuel Citi, Rothschild and an unending parade of Wall Street financial firms with conflicted interests.

In the meantime, the creditor community has petitioned Judge Laura Swain, who is handling PREPA’s bankruptcy case, to appoint a receiver to run the agency. They have made a good case. And last month news leaked out that a grand jury has been impaneled to look into the administration of the current and some former governors.

With the investigation by the Financial Oversight Management Board, the request for a receiver in the bankruptcy court and some digging by prosecutors, perhaps the actions of Puerto Rico’s local officials and their abettors are being scrutinized. If so, there may still be a rude awakening for them and a chance of more solid progress towards the electricity system Puerto Rico actually needs.

IEEFA Puerto Rico: A step toward renewables or another scandal waiting to happen? 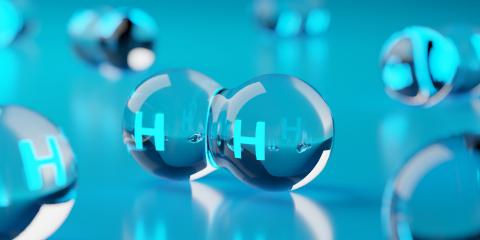