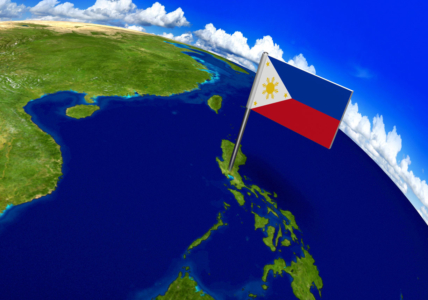 Global coal prices have increased dramatically since the beginning of the year, a trend that has been felt as painfully in the Philippines as anywhere.

The long-term resilience of the Philippine economy depends on finding a more practical energy model—one that will shield consumers and businesses from price- as well as exchange-risk volatility.

Practical solutions include the long-neglected development of renewable energy, which is on the rise across much of the rest of Asia. Liquefied natural gas (LNG), in the meantime, is a viable transition fuel to a much more competitive electricity sector.

Core policy reforms are called for too. Under the status quo, ratepayers absorb all fuel-cost risk. A more equitable arrangement—and one that would more broadly benefit the economy—would have utilities carry much more of that risk. Without such reform, utilities have no incentive to get off coal (or oil, the other major electricity-generation fuel in the Philippines) or to hedge against price-change and currency risk.

The Philippines’ fuel-cost pass-through model is no anomaly, as it is inherent in standard project financing practices. Full pass-through also has deep historic roots in developing countries, where electricity-sector development has been thwarted by underinvestment in generation capacity.

In the Philippines, nationalization of the generation and transmission components of the power system combined with regulation of the parts that were privately owned occurred in the early 1970s. Nationalization led to weak operational and financial performance by the National Power Corporation (NPC), which in turn stymied underinvestment in generation capacity.

One result: Chronic blackouts. In an effort to spur investment in power generation, privatization and restructuring of the power sector came into play in the early-1990s and while NPC was finally privatized in 2001 the change brought no relief to ratepayers. In fact, NPC stranded-asset costs of $ 6 billion was passed on to consumers.

The Philippines, in any case, remains overly dependent on coal, which accounts for 45 percent of its electricity-generation mix. Because the country produces only low-quality coal—which must be burned in larger amounts than higher-quality coal—it turns for its baseload needs to imported coal, 70 percent of which comes from Indonesia, an arrangement that raises obvious national energy security questions.

HOW CAN THE PHILIPPINES MOVE BEYOND THE HIGH-COST, HIGH-IMPORT ELECTRICITY TRAP? ONE WAY FORWARD is to tap LNG as a bridge fuel to a far more renewables-based economy. Another is to embrace solar, which is fast becoming competitive and indeed is the lowest-cost option now in many countries, where it is approaching grid parity and where its deflationary nature is an enormous advantage (after the capital expenditures are paid for, costs are very low because there are no fuel costs or high maintenance costs).

The status quo is clearly no longer viable, and change is coming globally in a myriad of regional wrinkles. In India, for example, purchase power agreements (or PPAs, the coin of the realm across the utility industry) are awarded now according to how much a utility or independent power provider (IPP) is willing to step back from the traditional cost past-through model and shoulder more fuel-price risk. Many such deals in India now have IPPs agreeing to limit fuel-price pass-throughs to 30 percent. In some cases, IPP proposals are also being presented now with fuel hedge contracts, which reduce exposure to fuel-cost volatility. Such contracts are already widely used by airlines, cruise lines and trucking companies, and can certainly be tapped by the electric power industry too.

Capital markets are in play, and they include Western and Middle-Eastern institutional investors, Chinese investors, and European export credit agencies, all eying new energy-market opportunities in the Philippines.

Hurdles remain, of course, and they are numerous and include regulatory bottlenecks, lack of policy clarity, and archaic transmission infrastructure. It is widely understood nonetheless that energy security supported by more affordable, more reliable, more efficient, and clean power is a win-win across the board.