More Stark Words and Pictures on Just How Bad Things Have Gotten for U.S. Coal Producers 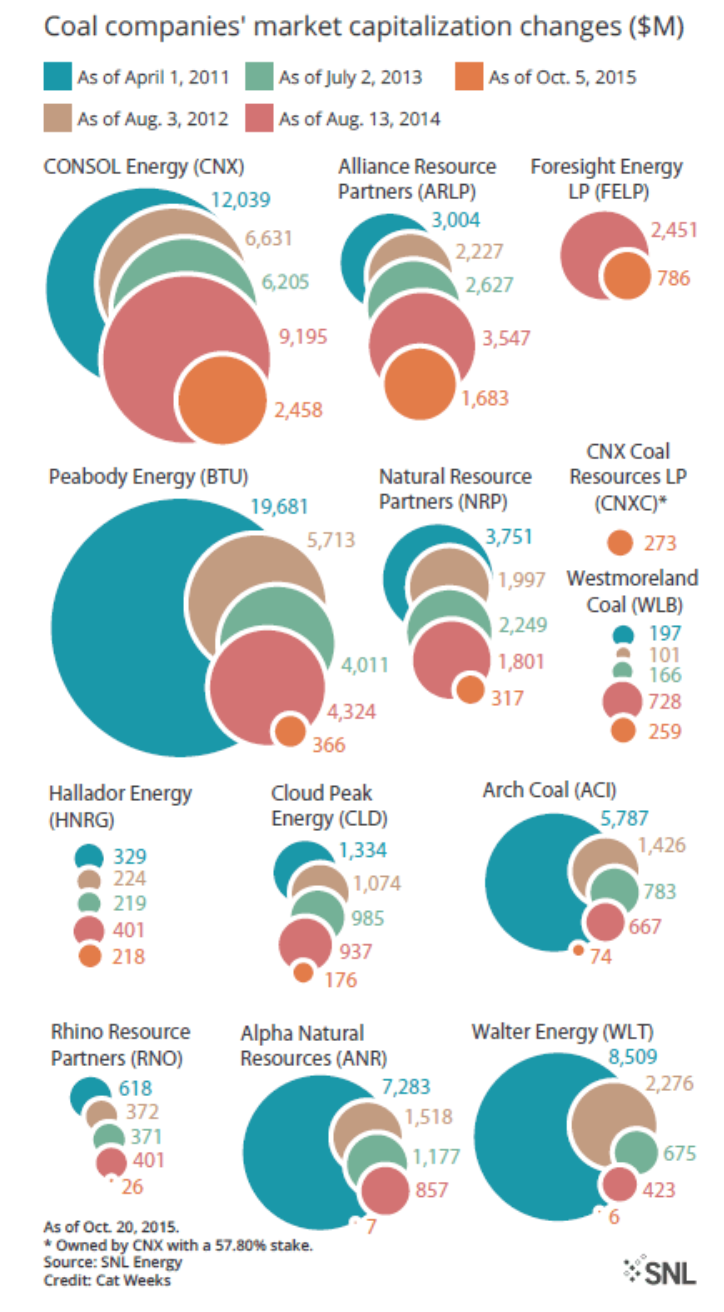 SNL is out today with an article that explains in stark words and pictures just how bad things are for the U.S. coal industry.

“In a year that has seen the coal industry’s financing and investment landscape become especially troubling for domestic producers, the market value of U.S. companies has continued to collapse, shrinking by 74% from August of last year and nearly 90% from where it stood in April 2011.”

It notes that the slide has continued mostly unabated this past year, putting the total market capitalization of 13 “selected publicly traded coal companies” at $6.65 billion this month, down from $25.73 billion in August 2014. To put a percentage on it, those companies have dropped 74 percent of their value.

Here’s an additional paragraph of perspective:

“The decline is part of a sustained descent in value that began shortly after April 2011. Since then, U.S. coal companies have fallen nearly 90% in value thanks to a toxic mixture of market challenges, regulatory pressure and competition that has driven prices down to unsustainable lows.”

If I were to add one observation it would be that this plunge is related to the increasing fragmentation of the industry. We see lots of companies with some viable mining still going on but no mining company with truly solid across-the-board operations. And we see lots of power plants still ordering coal but many of them doing it only in very small amounts. 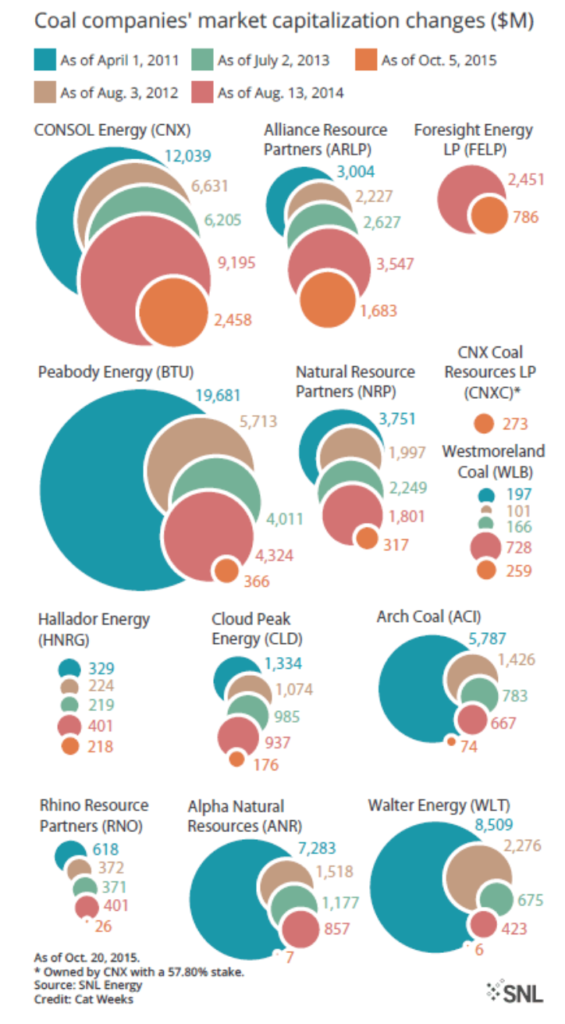 Demand is much narrower today as coal is squeezed into competing more and more with natural gas and renewables. The upshot will be fewer mines and fewer companies. The path to that result is complicated by ownership of plants, quality of plants, corporate structures of mining companies and so on. That road to consolidation and growth is long, uphill and full of obstacles. The industry is in for a lot more pain.

A new round of metrics starts next week with company reports on third-quarter performance. Early numbers out of the Powder River Basin, the single largest coal-production region in the country, suggests production might not have dropped precipitously. Margins across the industry will remain very thin, however.

Companies will respond by scrambling to show that they can cut costs and that they are still technically in the black (if they don’t count debt). This may give them some hope in bankruptcy, but their margins—in the pennies per ton—will not be encouraging.

One additional fact of note in the SNL article: While Consol Energy has the biggest market cap in the industry, it has moved aggressively now into natural-gas production.

The full Coats article, published here, is well worth a close read.