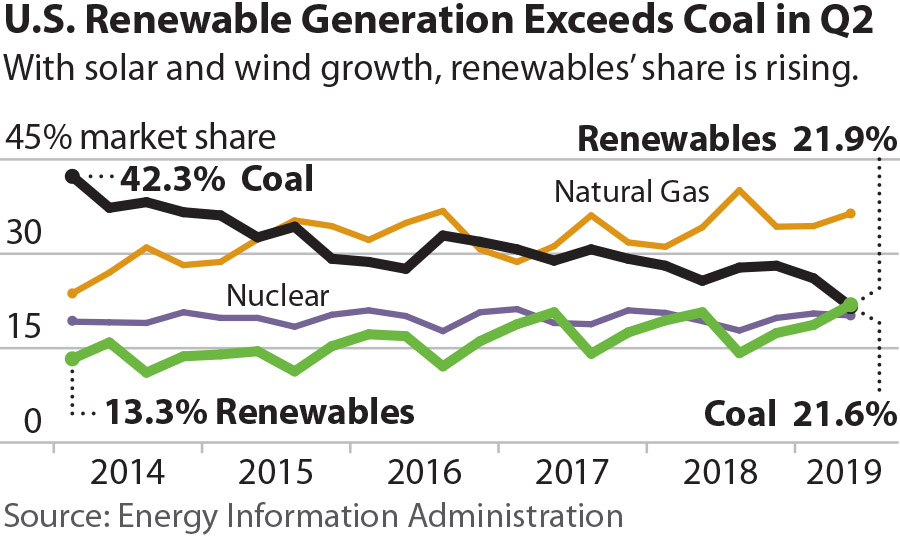 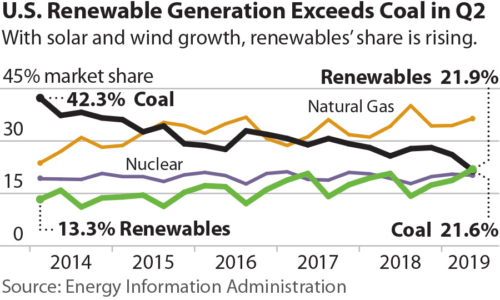 August 26, 2019 (IEEFA U.S.) — First it was one month, with renewables topping coal generation in the U.S. for the month of April. Now it has been a whole quarter. Data in the Energy Information Administration’s Electric Power Monthly, released Monday, show that renewable generation (which includes wind, solar, hydro, biomass and georthermal) outpaced coal for the entire second quarter of 2019—another first for the U.S.

For the period, renewable generation (including an EIA estimate for small-scale rooftop solar) totaled 213.5 million megawatt-hours, topping the 210.6 million MWh generated by the nation’s coal sector. IEEFA advanced the possibility that renewables would top coal in the second quarter in a June post here.

The numbers are admittedly close and could change with future revisions, but the trend is clear. Renewables are eating into coal’s market share—further evidence that the transition to a cleaner generation sector is well under way.