IEEFA Report: ‘Dutch Coal Mistake’ Shows Three New Plants in the Netherlands Failing to Live Up to Expectations and at Risk of Becoming Climate-Risk Stranded Assets 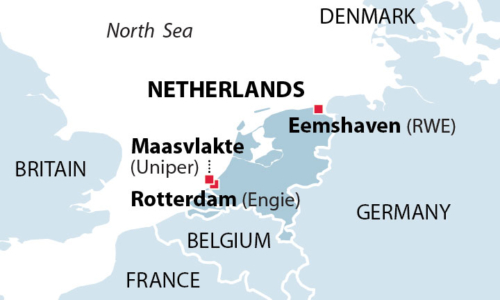 Nov. 30, 2016 (IEEFA.org) — The Institute for Energy Economics and Financial Analysis today published a report concluding that three new coal-fired power plants in the Netherlands are proving far less valuable than expected and are fundamentally out of step with electricity-market trends across Europe.

The report comes as European policymakers grapple with how best to manage a transition to a low-carbon grid build-out around renewables, as seen in the so-called “Winter Package” reforms published today by the European Commission. The IEEFA report documents how markets and existing laws have already undermined the viability of new coal-fired plants in Europe and have created risk for existing coal plants as well.

At issue in the Netherlands are the economics of plants placed online in 2015 by three major European utilities: RWE (at Eemshaven), Uniper (at Maasvlakte) and Engie (at Rotterdam).

The report — “The Dutch Coal Mistake: How Three Brand-New Power Plants in the Netherlands Are at Risk Already of Becoming Stranded Assets” — finds that all three plants are failing to live up to their original valuations and investment-return targets. The report concludes that the plants have a current collective valuation, on owner balance sheets, of about €2.5 billion compared with original construction costs of more than €6 billion.

Gerard Wynn, a London-based IEEFA energy finance consultant and author of the report, said the plants’ underperformance is driven by current market trends that include falling power prices, rapid growth in renewables, flat or falling energy demand and new emissions-control policies. Wynn said these trends may imply further write-downs to come for the Dutch plants.

“These will very likely be the last coal-fired power plants built in Western Europe,” Wynn said. “Our research finds these plants are classic ‘bad examples’ of energy investment due to their failure to compete and their vulnerability in particular to climate-change risk and the rise of renewables.”

Wynn said the new plants are typical of a fading generation of coal-fired generation that is at risk globally to increasingly ambitious initiatives to cut carbon emissions. “This is acutely evident today in the Netherlands, where a recent court ruling and a parliamentary motion supporting tougher actions to avert climate change represent a growing trend,” Wynn said.

“Mandated, early retirement of these new plants may be the most cost-effective way to meet climate targets in the Netherlands,” Wynn said. “Our analysis finds few if any scenarios under which these power plants can return value to investors.”

“While this report examines the impact of national and regional pressures on these three coal-fired power plants in particular, we see broader implications for the business case for new-build coal power in Europe and further afield. In markets where utilities are still planning to build new coal power plants, the Dutch Mistake serves as a warning to investors against taking utility profit projections at face value.”

Excerpts from the report’s main findings:

“These plants are uneconomic in terms of meeting their original valuation and investment return targets, and their owners may have to take additional impairments,” Wynn said. “Their example rules out any new-build coal power in western Europe, while suggesting difficulties ahead for existing coal-fired generation.”