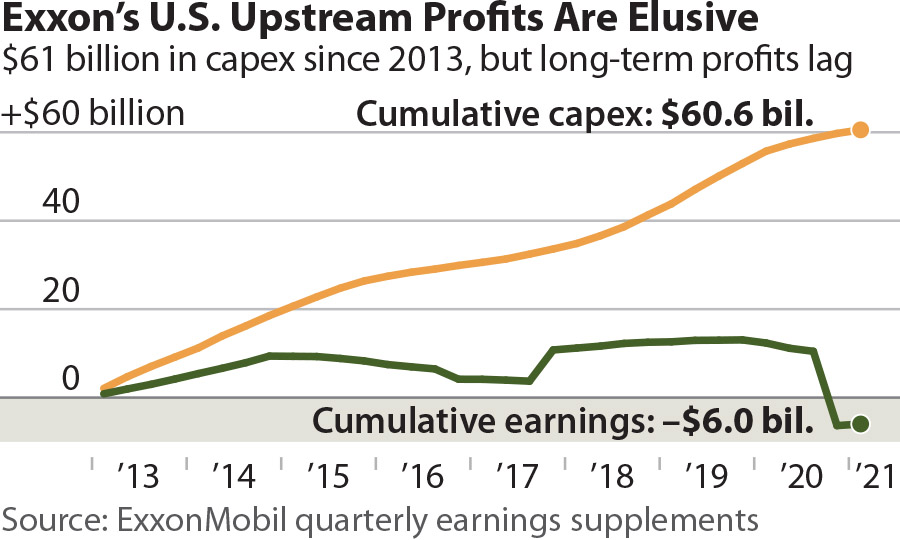 April 30, 2021 (IEEFA) — Despite an extraordinary rise in the price of oil for ExxonMobil’s U.S. operations, the company’s U.S. reserve portfolio managed a meagre $363 million in earnings, according to an IEEFA analysis of its first-quarter earnings report. “ExxonMobil has been pouring billions into the Permian Basin since 2013,” said Tom Sanzillo, IEEFA director of financial analysis. “The earnings report of $363 million this quarter—when oil prices took off—represents more an accounting gimmick than an actual return for investors.”