Once seen as a silver bullet to solve the country’s economic and energy problems, development of the vast Argentine oil and gas shale reserves known as Vaca Muerta (“Dead Cow”) in Patagonia has sputtered to a near-halt.

Government subsidies have evaporated due to Argentina’s deteriorating fiscal condition. Without substantial investment by domestic and foreign oil and gas companies, Vaca Muerta’s potential will fall short of ambitious plans set forth by Argentina’s previous administration.

Vaca Muerta, Argentina’s vast oil and gas reserve in Patagonia, has been seen as the silver bullet to solve the country’s economic and energy problems for the past few years. Unconventional production (hydraulic fracturing, or fracking) would boost the country’s economy, ultimately creating a lucrative export market. But development of Vaca Muerta has been slow by comparison with other shale basins — even before this year’s global demand destruction and plunging oil prices. It has now sputtered to a near halt. It was dependent on foreign investment that has been slow to materialize over the past few years.

Development of Vaca Muerta has relied on joint ventures between the Argentine government and international corporations, which have until now been fueled by significant subsidies from the Argentine government. As those subsidies have evaporated due to Argentina’s deteriorating fiscal condition, foreign companies’ commitments to Argentina has eroded. Without substantial investment by domestic and foreign oil and gas companies, Vaca Muerta’s potential will fall short of ambitious plans set forth by Argentina’s previous administration.

Among the most active oil and gas companies in Vaca Muerta tracked by IEEFA, three — state-controlled YPF, Chevron and Vista Oil and Gas — have demonstrably pulled back on specific investments. In 2017 and 2018 (the most recent year figures are available), these three companies accounted for 39 percent of investments in unconventional production in Neuquén Province, home to most of Vaca Muerta. Four other significant oil and gas companies invested in Vaca Muerta — Shell, Total, BP and Exxon — have pulled back on their enterprise-wide capital investments. As foreign oil and gas companies rein in their capital expenditures globally, expanding their nascent operations in Argentina will be postponed — or abandoned entirely.

Other smaller oil and gas companies appear to be taking a wait-and-see approach as they evaluate the country’s new president, Alberto Fernandez, and recovering economy.

These findings and recent production numbers show that the 2018 Argentine Energy Plan formulated under former President Mauricio Macri, has failed to materialize and the new president must rewrite Argentina’s energy future. Argentina’s new administration has an opening to consider alternative approaches to meet the country’s energy needs and promote economic recovery. 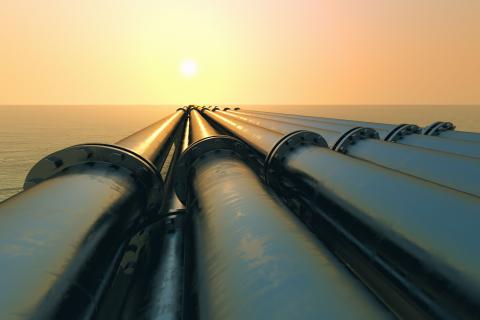