Hoping to block Adani’s proposed coal project in Queensland, two representatives of the Wangan and Jagalingou people of northern Australia were in New York this week to discourage Wall Street from investing in the $10 billion mine.

Their visit, part of a month-long round-the-world campaign, will most likely only add to the many hurdles Adani is facing as it strives to develop its project. 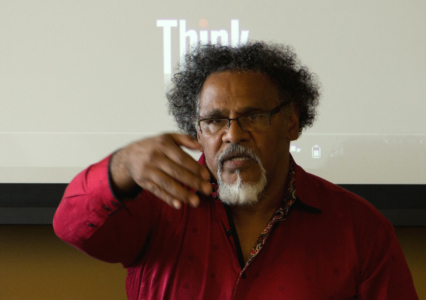 “It would be a direct cause of devastation of our homeland, our culture, our spirituality, our identity and our rights to self-determination,” said Adrian Burragubba, who is traveling with his niece Murrawah Johnson as global envoys against Adani’s plan to develop the Carmichael mine in northern Queensland.

Burragubba and Johnson met with representative of three banks—Goldman Sachs, Citigroup, and Bank of America—and said they came away assured they had been heard. Goldman Sachs and Citigroup have previously distanced themselves from the project, as have a raft of other major global investment houses that include Societe Generale, Deutsche Bank, HSBC, Royal Bank of Scotland, Barclays, Morgan Stanley, and JPMorgan Chase.

While the Wangan and Jagalingou see Adani’s proposal as a threat to their way of life, critics see its impacts as potentially devastating to the Great Barrier Reef as well. The project, which would ship Australian coal to India, would require a new overland railroad and seaport expansion near the reef, which is a UNESCO World Heritage site.

CARMICHAEL WOULD BE THE LARGEST OPEN-CUT MINE IN THE SOUTHERN HEMISPHERE and would be excavated on land to which the Wangan and Jagalingou hold native title. The project would also bisect the river that is both the traditional physical and spiritual center of the tribe and that provides water for five other tribes that live downstream.

Burragubba said the Wangan and Jagalingou voted this past October against Adani’s plans and that the tribe has refused any payment from the company. Adani, which is based in India, has gotten around opposition by gaining government approval and by exploiting a provision of Australian law that says such a project must be approved by either the traditional owners or the Australian government.

The tribe, represented by lawyers from Earthjustice, has appealed the government decision in federal court and has vowed to take the case to the United Nations if necessary.

Research by IEEFA has shown that the project is unbankable and commercial unviable. The Wangan and Jagalingou point out that it would also violate the Equator Principles, a set of human rights standards adopted by socially responsible financial institutions. 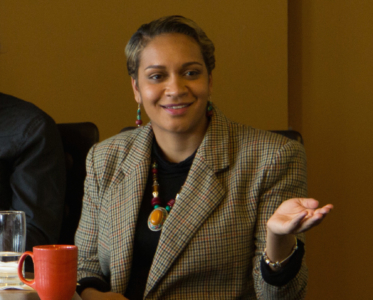 AT A BRIEFING THIS WEEK AT THE ROCKEFELLER BROTHERS FUND IN NEW YORK, Burragubba and Johnson placed the fight in the context of 200 years of Australian government oppression of aboriginal people, who could not vote and did not have full constitutional rights until the 1960s. Burragubba noted that more than 500 aboriginal governments were disbursed under English colonial rule, which forced families to separate and that took his own grandfather at gunpoint from his land.

Before their New York meetings, Burragubba and Johnson met with Native Americans in San Francisco and with members of the First Nations in Canada who are opposing the development of oil-sands mines on their land. They planned to travel to Washington for discussions with the Export-Import Bank and on to London to meet with financial institutions there.

While their presence has drawn scant press attention, it creates additional reputational risk for banks.

“We are exercising our right to withhold consent and have that action mean something,” Johnson said. “The land has sustained our people for 60,000 years. I refuse to be the broken link in the chain.”

Link to video: Stop Adani Destroying our Land and Culture