The Energy Security Board made the right diagnosis but recommended the wrong treatment.

The capacity market mechanism should be rejected by state government energy ministers as there are better options available to address challenges facing the National Electricity Market.

The financial viability of several coal generators is under threat, such that there is a risk of abrupt, unexpected closure. It is vital to manage coal exit uncertainty.

This report has been produced in response to a recommendation flowing from the Energy Security Board’s post-2025 market design review. This review investigated whether the market design for the east coast main electricity grid (known as the National Electricity Market or NEM) was appropriately structured given expected substantial changes in the future electricity supply mix.

This report focuses in on one recommendation strongly backed by the Federal Energy Minister Angus Taylor for the introduction of a capacity market into the NEM, which is currently an energy-only market. Our analysis suggests that this capacity market mechanism should be rejected by state government energy ministers, as there are better options available to address challenges facing the NEM which have been identified in the ESB’s review.

Under the current energy-only market design, electricity generators are only compensated by the energy market operator for the megawatt-hours of electricity they deliver to the grid and market customers only pay for the megawatt-hours of electricity they consume. Under the ESB’s proposal this would continue, but in addition market customers would need to also pay generators for capacity credits. The credits would be awarded to a generator based not on the electricity they actually produced but rather an assessment of the maximum electricity they could potentially produce during periods of time that energy officials considered to face risks of supply outages (black-outs). By definition these would be periods when wind and solar generation was low so these plants would be largely excluded from qualifying for capacity credits.

The Energy Security Board proposes to develop the detailed design of the capacity mechanism over the next 12-18 months, with the starting point for the design work being what they have entitled a Physical Retailer Reliability Obligation proposal.

In this report, we have chosen to evaluate this proposal for a PRRO capacity market based on an assessment as to how well it helps address a series of problems or ailments that the Energy Security Board themselves have indicated afflict the National Electricity Market. For the most part we believe the ailments identified by the Energy Security Board are valid and act to deter private sector participants on their own initiative and without support from governments from making timely investments that would ensuring the adequate supply of electricity to ensure reliability. In addition to evaluating the ESB’s proposed remedy we examine various alternative policy options to deal with each of the ailments.

Recent reports IEEFA have written on this topic have come to the following conclusions.

From these previous reports, is clear that such a massive change to the National Electricity Market, involving a new, perpetual multibillion dollar annual payment given to primarily conventional generators is not justified, nor justifiable, on a cost-benefit basis. It is also clear that a capacity mechanism will not address the investment uncertainty challenge that the National Electricity Market currently faces.

In this report, we find that the capacity mechanism does not address the ailments facing the National Electricity Market, as it will increase uncertainty around coal exit, will not increase the duration of contracting, does nothing to combat first mover disadvantage and does not address the underlying reasons for why governments are regularly intervening in the electricity market.

The capacity mechanism does not address the ailments facing the National Electricity Market.

Energy ministers should instead consider a combination of the following measures as a starting point, which could be further developed and evaluated by a genuinely independent panel of energy market and decarbonisation technology experts: 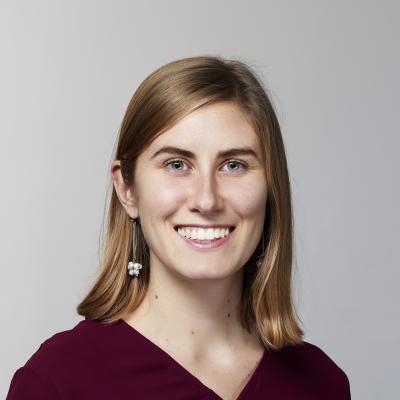