IEEFA update: Rebound from collapsed oil prices will be low and slow

If there were questions about what volatility in a low-priced oil market looks like, on Sunday, an iconic example was on full display.

When the markets opened, oil traded in the $30/barrel range—a whopping 20 percent decline from the previous Friday. The fall was triggered by Russia and Saudi Arabia, which both promised to boost global oil supplies. Those announcements had multiple intents, including disciplining the U.S. shale industry, boosting Chinese imports, shaping global oil markets—and, possibly, punishing each other. The disorder and conflict that preceded these announcements, and the market chaos that ensued, clearly demonstrated that no one institution is in control of the oil markets.

The new price volatility brings some key market trends to the foreground, all of which bear watching:

The broader market signals are pointing away from fossil fuels and toward renewables and other fossil fuel replacement strategies. These signals should make it clear that, even if oil prices eventually recover some lost ground, the next growth area is not in the fossil fuel sector.

Yes, fossil fuel interests will continue their talk of an “if only” rebound: if only the flu would go away, if only interest rates would stabilize, if only oil and gas prices would rise, if only climate and environmental regulations would disappear, if only U.S. shale producers would become disciplined.

Yet in truth, fossil fuel development is too expensive for this economic epoch.

The industry cannot thrive at $55 per barrel, much less $35 per barrel

Even fossil fuel proponents seem to agree that nobody—not the Saudis, nor the entire OPEC crew, nor Russia nor the U.S. shale industry—has the power to control oil prices. We may even see some new organizational forms emerge in the oil sector, attempting to bring some cohesion to policy and production decisions.  The result would likely be an agreement to raise prices, but such an outcome would only spur consumer nations, business and households to press even harder for alternatives to fossil fuels.

WE CAN EXPECT FOSSIL FUEL COMPANIES TO DOWNPLAY THE SIGNIFICANCE OF THE WEEKEND’S PRICE COLLAPSE, arguing that prices will have to stay low for a long time to cause damage to the U.S. economy and global markets. But this completely misses the last five years—a period when oil prices rose to the $50-70 range, yet large segments of the energy sector sank into financial disarray. There is scant evidence that the industry can thrive at $55 per barrel, much less $35 per barrel, when big players like ENI have pegged US$45/bbl as the break-even for their new five-year capex plans.

Collapsing stock prices attest to market wariness about the new price regime. Low oil prices will also trigger job losses in the energy sector—look at Alberta, Canada as a harbinger. And even the most bullish companies will ultimately fall in line with the trend toward decreased capex spending.

The plea that price increases will solve the industry problem also misses the fact that that there are new markets in the energy and transport sectors that every day are finding both supply-side and demand-side innovations to diminish the market’s captivity to fossil fuels. These alternatives offer cheap, stable and efficient alternatives to the roller coaster ride of fossil fuel markets.

The energy sector was down well before the coronavirus. This is the third year, now going on the fourth, that energy stocks have been the market’s worst performers.  Last place is a clear statement of the energy sector’s loss of financial performance, technological acumen and political leadership—and a sign that oil and gas is a sector better suited for another time and another place. Today was a reminder that markets look forward, and are unforgiving to Luddites who fail the leadership test. 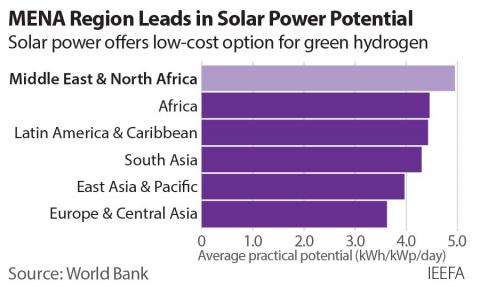