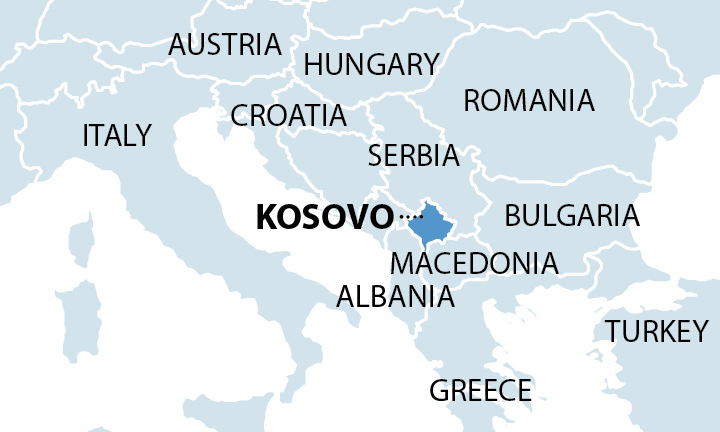 The Balkan republic of Kosovo can meet its future electricity needs at least cost by scaling up its renewable energy resources, investing in energy efficiency and cleaning up the country’s existing coal generation, according to an unpublished World Bank study, which reveals why the bank last year withdrew support for a new coal-fired power plant.

The study also begs the question of why ContourGlobal is still trying to secure funding to build a new coal plant in Kosovo using GE technology.
The World Bank study found that a 450-megawatt (MW) coal power plant of the specification selected by ContourGlobal would “create significant additional costs for the country.” In contrast, the study concluded that a combination of smaller, alternative supply options could do the same job cheaper and cleaner.

The study is significant, both for reversing the World Bank’s previous support for new coal power in Kosovo, and for its global implications: that a modern, new coal power plant is no longer the least-cost option, even in a country sitting on massive brown coal (lignite) reserves, as in the case of Kosovo.

The finding that a modern new coal plant was no longer Kosovo’s least-cost option was based on a number of factors, including the country’s recent and planned investments in efficiency and renewable energy, and the significant global decline in the cost of solar, wind and battery storage.

Solar PV, wind and storage technology costs have gone down

“There have been significant reductions in capital costs of solar PV, wind and storage technologies,” it said.

The World Bank’s decision last year to withdraw support for a new coal power plant in Kosovo was controversial, not least because of the close relationship between the United States and a Kosovo government that favoured a new coal power plant, and the United States’ weight as the World Bank’s largest shareholder. The confidential World Bank study was only published internally, in August last year.

Obtained by the Institute for Energy Economics and Financial Analysis (IEEFA), the 23-page executive summary compared the cost of 10 different supply options for meeting Kosovo’s electricity demand securely over the next three decades.

The base case included following through with existing plans to close the country’s oldest coal power plant, while renovating the remaining one, and investing heavily in efficiency and renewable energy capacity, as well as reducing network losses and expanding district heating.

Significantly, the coal options did not include the cost of lignite mine reclamation and cleanup, as the World Bank said “no reliable estimates are available.”

All the supply options would meet Kosovo’s electricity supply needs securely, on an hourly basis, for the next three decades, and allow electricity imports at historical levels.

One of the new coal plant options considered was a 450MW, supercritical (SC) lignite power plant, as selected by ContourGlobal and the Kosovo government. The study concluded that building such a coal power plant no longer made sense, for two critical reasons.

First, it was too expensive. Depending on the World Bank scenario, cheaper options included scaling up renewables and battery storage; refitting existing coal units; or building a sub-standard (“sub-critical”), inefficient coal power plant, a cheap but obsolete technology rejected by ContourGlobal.

Under the first scenario, the option to refit two existing coal units was deemed the lowest cost option, although the study warned of “significant technical and cost overrun risks.” Scaling up renewables was the third lowest cost option, after a new “sub-critical” coal plant.

Under the second scenario, which included the cost of local air pollutants, the sub-critical coal power plant was found to be lowest cost, followed by scaling up renewables.

Under the third scenario, which included the cost of air pollution and carbon emissions, the renewables scale-up was found to be the least-cost option, and an ultra-supercritical coal power plant the second lowest.

The World Bank executive summary did not pick a winner. However, if we rule out obsolete “sub-critical” coal technology, it found that Kosovo’s future electricity supply needs could be met at least-cost either by scaled-up renewables or rehabilitation of existing coal generation units, depending on whether local air pollution and carbon prices were taken into account.

The bank was blunt in its rejection of plans for a new 450MW coal power plant, as marketed by ContourGlobal, because of its excessive cost, and redundant capacity. If ContourGlobal wishes to avoid creating “significant additional costs for the country,” then it should withdraw those plans.

Related Posts:
IEEFA update: New renewable energy projects undercut business case for coal in Kosovo
IEEFA update: In Kosovo, plans for a power plant that would be out of compliance on Day One
IEEFA update: Kosovo’s latest coal-plant plan would violate E.U. standards for market competition