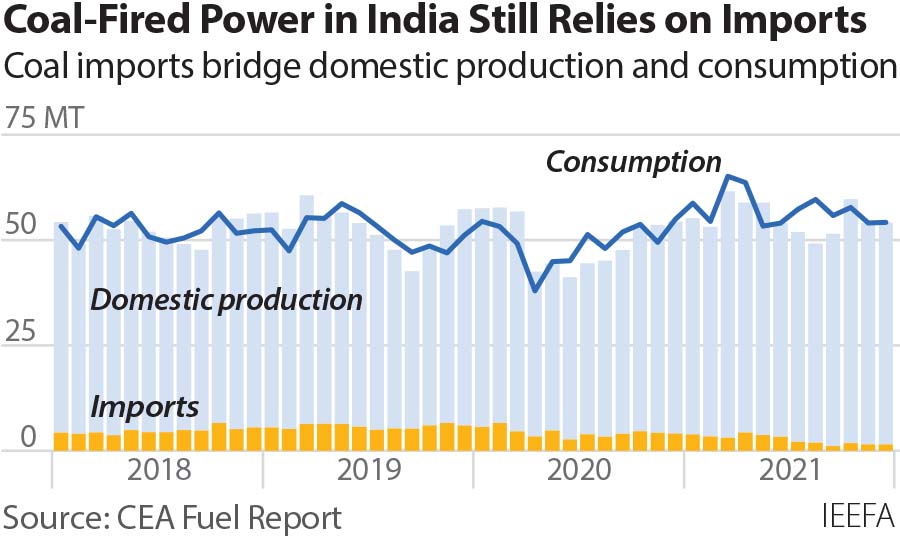 Indonesia, the world’s biggest exporter of thermal coal, has begun to loosen its coal export ban which it implemented for the month of January to increase domestic supply, as Indonesian power plants grapple with critically low stock levels.

Given that about half of India’s total coal imports are from Indonesia, how might such a ban impact power generation? And also, how should India protect itself in the future from the associated price volatility and energy security risks of continued reliance on fossil fuel imports? India has about 16 gigawatts (GW) of imported coal-based plants, which comprise about 8% of the total coal-based capacity. Most of these plants are located in four major coastal states – Karnataka, Andhra Pradesh, Gujarat and Tamil Nadu. Indonesia’s ban is likely to impact these states the most. However, these plants have power purchase agreements with a host of other states, so any shortfall in generation will lead to energy shortages across many states in India.

How should India protect itself from price volatility and the energy security risks of reliance on fossil fuel imports?

India has been progressively reducing reliance on imported coal by replacing it with domestic coal production, as well as increasing reliance on domestic renewable energy alternatives. Coal imports for the power sector increased from 57 million tonnes (MT) in 2018 to 70 MT in 2019, but have since declined by ~55% because of government action to boost domestic coal production and reduced power demand due to low economic growth and COVID-19.

Taking a conservative estimate that assumes Indonesia supplies half of India’s imported coal-based capacity (8GW), this would imply a loss of 45 billion units (BU) of annual generation (at 65% plant load factor, or PLF).

India currently has a peak demand of 175GW. This can be met through domestic thermal capacity and renewable energy, including hydro.

With Indonesia set to lift restrictions on coal exports early, the disruption caused by the ban will be temporary and India will manage its power demand without an energy crisis. In an extreme, but unlikely, scenario of a continuing export ban, India would have been forced to look at alternate sources of supply, both domestic (coal and accelerated renewables deployment) and imports. Indonesia earns huge revenue from coal exports, so a continuing ban is unlikely in the future because it would impact economic growth.

With Indonesia set to lift restrictions early, the disruption caused by the exports ban will be temporary

Finding alternatives and the issue of cost competitiveness

To fill the gap, India has the option to increase imports from South Africa or Australia. But when Indonesia announced its coal export ban, prices of South African and Australian coal went up – Newcastle coal futures rose to a 10-week high above $170 per metric ton. India’s existing imported coal-based capacity is already struggling with the lost competitiveness of high prices, and the changing source of supply would further reduce competitiveness. Power producers would also have to bear the increase in freight charges.

While this would be considered a force majeure which would allow coal developers to pass on import costs, the power distribution companies (discoms) may not be able to charge consumers high tariffs, implying an increase in government subsidies. Meanwhile, the discoms are already reeling under projected losses of ~ Rs90,000 crore in FY2020/21, and as of December 2021, owed ~Rs100,000 crore to power producers.

India could also meet the shortfall by increasing domestic coal production. However, with states like Gujarat and Chhattisgarh announcing coal exit policies, any expanded reliance on new coal mining would be met with huge resistance.

Moreover, most of the imported coal-based capacity consists of recently built plants based on slightly more efficient, supercritical technology requiring coal with high calorific value. Replacing this with domestic coal of low calorific value would require more coal to produce the same output, thereby increasing the per-unit cost of generation.