IEEFA: Nuclear power euphoria in Indonesia is all smoke and mirrors with no current technical, financial or market viability | IEEFA Skip to main content

IEEFA: Nuclear power euphoria in Indonesia is all smoke and mirrors with no current technical, financial or market viability 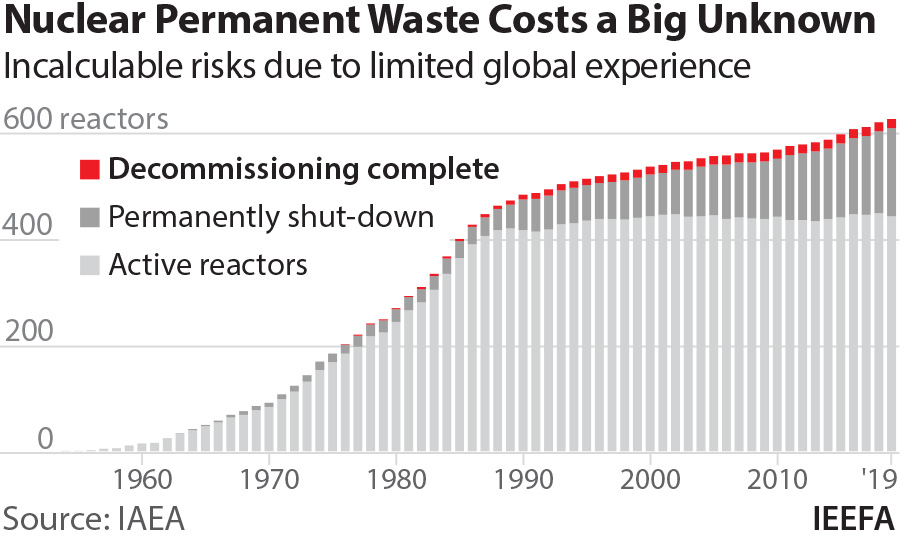 2 June 2021 (IEEFA Indonesia):  In growing energy markets like Indonesia, decision makers are facing a barrage of pro-nuclear media coverage as the nuclear industry floods the market with panels and webinars focused on the potential of nuclear power. A new report from the Institute for Energy Economics and Financial Analysis (IEEFA) highlights that while nuclear is promising as a baseload substitute for coal power, it currently has no technical, financial, or market viability in the Indonesian context. 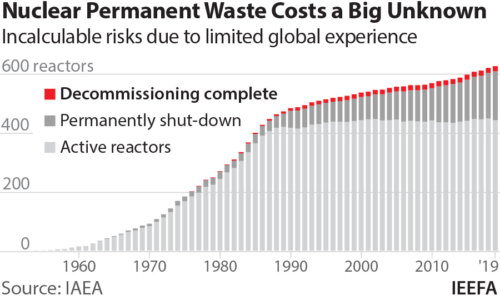 Author of IEEFA’s report Elrika Hamdi says that Indonesian nuclear power supporters often promise that nuclear will be an affordable, safe and sustainable solution for the problem of over-reliance on fossil fuel.

Yet, 70 years after the first nuclear power developments were announced, the technology is quickly losing market share as global power markets pivot toward more cost-competitive renewables and storage solutions.

“Despite the steady erosion of nuclear power’s competitive potential, key Southeast Asian energy ministries continue to be lobbied by nuclear advocates. Many of these lobbyists are international backers of new small modular reactor (SMR) technologies, who are actively engaging with governments and utilities around the region,” says Hamdi.

“As old generation large-scale nuclear units face decommissioning, there is little consensus about how long it will take for newer small-scale nuclear technologies to be economically viable or how long-standing safety and waste disposal risks will be addressed.

“Determining the suitability of nuclear for the Indonesian power market will be a challenging task that will require honest and deep engagement by senior policymakers to ensure there is a high degree of accountability as Indonesians need to know the real cost of having nuclear in the power system as well as how the government will handle the problem of nuclear waste.”

Research has shown that an estimated 97% (175 out of 180 projects examined) of nuclear power projects exceed their initial budgets. The average cost overrun for a nuclear power plant was US$1.3 billion per project with construction delays adding 64% more time than initially projected.

The economics of nuclear power in Indonesia is also blurred by the fact that under existing regulations, nuclear accident liabilities for nuclear owners/operators are capped at a maximum of IDR 4 trillion (US$276 million) for power plants with a capacity of more than 2000MWe. It is cut in half as the capacity decreases. This means smaller nuclear reactors would be liable for only a fraction of potential accident costs.

“These open-ended cost issues make it hard to evaluate claims about the market viability of nuclear power in Indonesia’s cost-sensitive market. This is particularly true when most established nuclear nations are pivoting away from commitments to new nuclear power facilities as more flexible renewable plus storage options reshape power sector economics,” says Hamdi.

“If a decision is reached to move ahead with pilot stage nuclear projects, policymakers and the government will need to do a lot of policy work including the technical evaluation, the regulatory preparation and the financial support, including preparation of the currently non-existent third-party liability insurance framework.

“This will place a serious burden on a government already taxed by the response to the COVID-19 pandemic and efforts to revitalize the financially constrained PT Perusahaan Listrik Negara (PLN), Indonesia’s national power company.”

PLN also recently pledged to become carbon neutral by 2060. However, the plan released shows nuclear only entering the energy mix in 2040. This demonstrates that PLN is realistic about the technical, financial, and market challenges that need to be overcome if nuclear power is to successfully integrate into Indonesia’s future energy mix.

Hamdi says that until these issues have been acknowledged and fully addressed, the safe path for Indonesia, for now, would be to pause and set realistic goals for its power development strategy.

Currently only 2.5% of Indonesia’s 400GW renewable energy potential has been utilized

“Currently only 2.5% of Indonesia’s 400GW renewable energy potential has been utilized.  That means that new technology options such as nuclear must compete with the deflationary cost curve in evidence with increasingly low-cost and low-risk renewable power solutions.

“New innovations to support grid flexibility such as demand response and storage are providing a cost-effective alternative to baseload-heavy planning disciplines. This trend raises questions about how small-scale nuclear reactors will fit into a more diverse power market where more cost-competitive renewable options could under-cut untested technologies that are years away from realizing economies of scale.

“The smaller, easily dispatchable, and walk-away safe promise of the new Gen-IV SMR technology offer is promising, IF and when the technology reaches commercial stage. But until such technology is proven to be technically and financially feasible, Indonesia’s safest option is to pause and set a more realistic net-zero scenario with resources and technologies that are already readily available with less cost, less risk, and less future liabilities.”

Read the press release in Bahasa