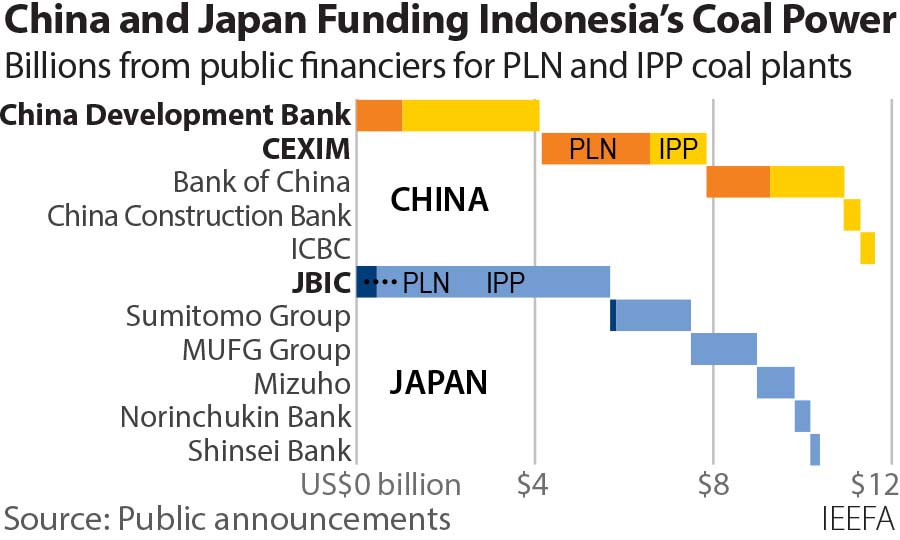 18 November (IEEFA Indonesia): Japanese and Chinese investors combined have a 41% ownership interest in Indonesia’s coal independent power producer projects. According to the latest report from the Institute for Energy Economics and Financial Analysis (IEEFA), financial giants Japan and China are responsible for Indonesia’s excessive coal power expansion over the past 15 years, but they can also be key to supporting Indonesia’s green energy transition.

“The result is alarming. There will be a 50-60% reserve margin in PLN’s main grids, accompanied by mounting debt and independent power producer lease liabilities for the state utility, and a shrinking space for renewable energy to grow.

“As Japanese and Chinese investors reap the benefits and returns from these over-investments, it is only logical for them to be part of the solution in supporting Indonesia’s energy transition.”

At the recent United Nations climate change conference COP26, Indonesian President Joko Widodo (Jokowi) re-announced that no further expansion of coal power would be tolerated beyond projects already in the construction pipeline. Prior to that, Chinese President Xi Jinping pledged to exit overseas coal financing. This also coincided with similar announcements from the Prime Ministers of Japan and South Korea.

Taken together, these should reflect a new turning point to change Indonesia’s power sector direction toward the energy transition. However, PLN is already locked into unneeded baseload dirty power. Most of the coal power pipeline has been built or is under construction with strict terms and conditions in the power purchase agreements.

“PLN is trapped in a financial straitjacket that leaves few easy options for reforms. To date, the many complex legal and contractual issues that accompany independent power producer financing have prevented PLN from openly discussing the issue of burden sharing with investors and lenders.

“There is little reason to believe that PLN can manage this problem alone and related parties will need to be ready to take a meaningful part at the negotiation table.

“Stakeholders should also be aware that PLN’s overcapacity challenges will become much more apparent to investors in the next year, when almost 10GW of new power from baseload coal-fired power plants come online, bringing with it a large increase in payments to the foreign independent power producers.”

The dominance of Japanese and Chinese banks in global coal power sector financing over the past two decades is now well-known. Their role in unlocking funding for Indonesia’s coal independent power producers is a consistent pattern seen in other markets.

Of the 31.9 gigawatts (GW) of currently installed coal-fired power plant capacity in Indonesia, Chinese entities financed 41% or 12.9GW, either fully or partially, while Japanese banks backed 17% or 5.5GW. As for the 13.8GW in the pipeline, at least 7.3GW have received financing from Japan or China and 2GW from South Korea. The remaining 4.5GW is still in the planning stages or under construction with limited information about reaching financial close.

“It is undeniable that Japan and China have played a key role in Indonesia’s power infrastructure development at both the government and private sector levels,” says Hamdi.

“Leading Japanese and Chinese public financiers, Japan Bank for International Cooperation (JBIC), China Development Bank (CDB), and the Export-Import Bank of China (CEXIM), appear to have all played a monumental role in funding many coal-fired power plants in Indonesia. This is a departure from their traditional role, where they have only acted as the enabler to other domestic lenders. “While building some coal power capacity provided solutions in past decades, overbuilding them has never been a wise option. Now, global climate commitments backed by the Chinese and Japanese governments are at odds with the financial interests in Indonesia’s power sector.

“The history of Indonesia’s independent power producer program and extensive Chinese and Japanese investments set the terms for choices Indonesian policymakers must now make about rescuing PLN and finding decarbonization pathways in conjunction with the Jokowi Administration’s net-zero commitments.”

Of note, the “green” RUPTL includes the first serious embrace of a role for solar technology in PLN’s future. The introduction of pumped hydro and battery storage technology complements this. Both technologies are critical to PLN’s efforts to develop the capacity and operating skills needed to integrate renewables efficiently.

Japan and China have the ability to provide technology for grid upgrades, smart grid equipment, and smart appliances

“Even with a modest demand growth scenario, Indonesia’s power demand is forecast to rise from 253TWh in 2021 to 390TWh by 2030, creating a meaningful market opportunity for renewable energy capacity,” says Adhiguna.

Cost-effective renewable and storage technologies, as well as the grids sector are areas for targeted business investment to attract concessionary financing and system-driven planning. A flexible and reliable smart grid would be the critical enabler for higher penetration of renewable energy and demand management.

“As Indonesia grapples with the realities of implementing its net-zero pledges in the near future, there must be greater urgency in PLN’s plans to upgrade and prepare its grid systems to benefit from new technology innovations,” says Hamdi.

“Here, the two giants can play a major role. Japan and China have the ability to provide technology for grid upgrades, smart grid equipment, and smart appliances. Combined with their typical concessionary financing, they could also mobilize precisely the type of long-term capital appropriate to funding critical grid infrastructure.”

Read the report: Indonesia Wants to go Greener but PLN is Stuck with Excess Capacity from Coal-Fired Power Plants

Read the report in Japanese here. 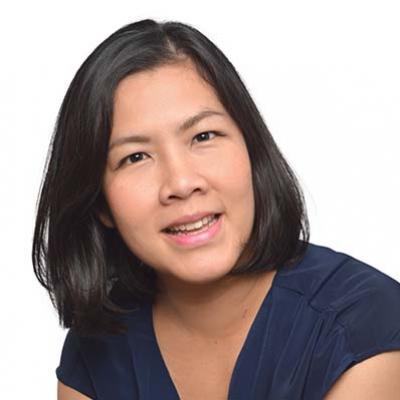 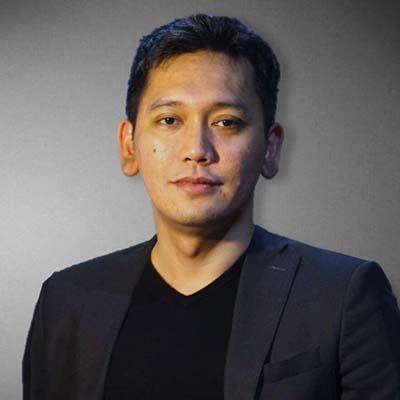