We want sun and we want more

One of the vulnerabilities of Puerto Rico’s current grid configuration, which was dramatically exposed by hurricane Maria, is its over-reliance on south-to-north transmission because the majority of the power plants are located in the south and the main population center (the San Juan metropolitan area) is in the north.

Energy Futures Group identified several areas where energy efficiency programs could be scaled to meet the goal of meeting 25% of projected 2035 electricity demand through energy efficiency.

In 2018, Queremos Sol (“We Want Sun”), a multi-sectoral coalition of Puerto Rican community, environmental and labor organizations, put forward a policy proposal for the renewable energy transformation of Puerto Rico’s electrical system under a reformed public ownership model. The proposal emphasized efficiency and distributed renewable energy, particularly rooftop solar and behind-the-meter storage, as a strategy to provide resilience to households in future blackouts, to reduce the impact on agricultural and ecologically valuable lands from utility-scale renewable energy projects, and to reduce the island’s dependence on imported fossil fuels and extensive transmission systems. Queremos Sol proposes a transformation that is equitable, affordable and that ensures a transition to renewables that is fair to PREPA workers.

In this report, we summarize the result of in-depth grid modeling studies completed in early 2021 to investigate specific technical aspects of the Queremos Sol proposal. Specifically, Telos Energy and EE Plus performed modeling of the Puerto Rico Electric Power Authority’s generation, transmission and distribution infrastructure, using data obtained from PREPA, to analyze scenarios of increasing penetration of renewable energy, up to 75% (with over half of that from residential installations) of total electricity consumption by 2035. Energy Futures Group used these grid modeling results to estimate costs. Key results of this analysis are:

Puerto Rico’s future electric rates face significant uncertainty due to federal funding, privatization contracts and PREPA’s ongoing debt restructuring. Without including legacy debt, the 50% and 75% distributed energy scenarios modelized here result in average system costs equal or less than 20 cents per kWh. The study does not assume any specific ratemaking policy. If $9.6 billion in federal funding is used to cover necessary distribution system improvements and to invest in distributed solar and battery systems as proposed by Queremos Sol and modeled, the average system cost is less than 15 cents/kWh in 2035. Moreover, Puerto Rico’s dependency on fluctuating fossil fuel prices would be dramatically reduced providing greater stability in rates.

After the 2017 hurricanes, high-level rhetoric has emphasized transitioning to a renewable energy-based, resilient electrical system, while money has flowed to privatization, centralized generation and natural gas infrastructure. Most recently, PREPA’s 10-Year Infrastructure Plan calls for spending about $10 billion in federal funds to harden PREPA’s centralized transmission and distribution systems and to build out new natural gas infrastructure, with zero dollars directed towards renewable energy and storage. Decisions over the use of billions of dollars in federal funding will shape Puerto Rico’s grid for decades to come.

A distributed energy future for the island is technically achievable, affordable and would provide real resiliency to Puerto Rico homes and businesses. In this report, we make the case for policy development and prioritization of federal funding to widely deploy rooftop solar and storage, coupled with energy efficiency, across Puerto Rico. 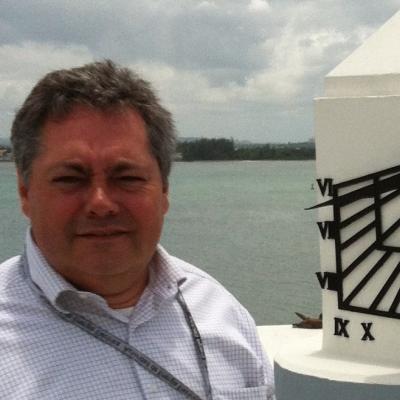 Dr. Irizarry conducts research on renewable energy and how to adapt the existing power grid to add more sustainable resources. He has served as a consultant to communities, environmental organizations, government, and private entities and as an expert witness in civil court cases.