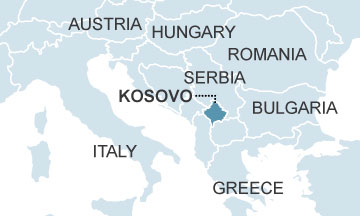 The government of Kosovo should abandon its plans to build the New Kosovo coal-fired power plant.

That’s the conclusion of a preliminary project review we’ve just completed, working with the Kosovo Civil Society Consortium for Sustainable Development (KOSID). Introduction of the plant would likely cause electric rates in Kosovo—a country whose people are already paying too much for electricity relative to their income—to rise by up to 50 percent.

This plant has been under consideration off and on for over a decade and the size and scope of the project has changed repeatedly and without explanation, including as recently as two weeks ago.

Our research has led us to question in particular the World Bank’s support for the project.

A central mission of the World Bank is to ease poverty, but this plant—under any of the various scenarios that have been put forth—would leave the poor paying more for electricity. It would harm national economic growth by encumbering the public with large loans for decades to come and it is an unnecessary burden, at a significant expense, with unreasonable terms and extravagant subsidies.

The project, mysteriously enough, has friends in other high prices, too. Secretary of State John Kerry on a visit to Kosovo this week said the plant was a grand idea.

Our research suggests also that the cost of the plant could be significantly higher than the government of Kosovo has acknowledged.

Among the project’s red flags:

Reliance on a sole bidder (U.S.-based ContourGlobal, which apparently is seeking a high return on its 30 percent equity stake) poses numerous risks and shows that the project is a weak candidate for investment.

Financing for the project, at any likely size or terms, would put Kosovo’s banking system outside its loan-to-deposit credit benchmarks, which would slow economic growth, raise interest rates and make Kosovo a generally unattractive investment on other fronts.

Neither the government nor any potential investors in the project have come forth with publicly available information on how the project would affect ratepayers.

The project runs the risk of high costs related to public opposition to the forced dislocation of residents, higher rates of air pollution and higher electric rates.

Earlier plans for the plant have been based on economic and energy growth assumptions that have failed to materialize.

We noted these additional problems:

No investment bank has come forward publicly with financing, and the government’s most recent disclosures lack mention of how the plant would be financed, a sign that the deal is not creditworthy and that the government of Kosovo would be dependent upon government-sponsored lenders for deep subsidies.

Recent statements of support for the project by the World Bank and the U.S. Treasury suggest that outsiders who stand to gain will drive up costs.

Even with considerable improvements in billing, collections and loss-management processes over the past few years, Kosovo’s electricity system continues to suffer from long-standing weak management controls—a history that would suggest cash flow problems for the new project that would jeopardize repayment to equity investors and lenders.

Any government-supported bank considering subsidizing this wasteful and expensive project would better serve its public—and its mission—by investing instead in the development of renewable energy and energy efficiency.