PREPA’s non-compliance with its own RFP process guidelines—as well as NFE’s continued access to the authority’s consultants, officials and information—provided NFE an unfair advantage to the detriment of PREPA, other bidders and the public interest.

This report places the NFE contract against PREPA's historic pattern of mismanagement and lack of accountability.

The process of privatizing PREPA appears to be driven by private financial and energy interests, not the best interests of the people of Puerto Rico.

This report raises serious legal and policy questions regarding the award of a contract by the Puerto Rico Electric Power Authority (PREPA) to New Fortress Energy (NFE) for the conversion to natural gas and fuel deliveries to San Juan power generation stations 5 and 6. 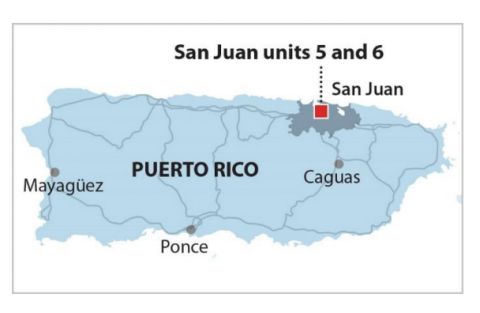 The $1.5 Billion contract marks PREPA’s first major generation project since Hurricane Maria devastated the island in September 2017. The Institute for Energy Economics and Financial Analysis (IEEFA) and CAMBIO’s review of documents obtained through litigation with PREPA, PREPA’s bankruptcy filings and public documents provide the facts that compel an answer to the question: Did PREPA grant an unfair advantage to NFE in the award of this contract? The facts we have gathered are clear—there was an unfair advantage—but it will be up to oversight authorities with greater authority to more thoroughly render a final judgment.

PREPA’s non-compliance with its own RFP process guidelines—as well as NFE’s continued access to the authority’s consultants, officials and information—provided NFE an unfair advantage to the detriment of PREPA, other bidders and the public interest.

The final contract, signed in March 2019, has experienced considerable delays in implementation. Its financing provisions raised objections from one of Puerto Rico’s Energy Bureau commissioners. The federal Financial Oversight and Management Board approved the project even though purported budget savings from the new investment had been substantially overstated by PREPA and NFE, and no provisions in the contract required NFE to meet actual savings targets despite PREPA’s dire budgetary straits.

This report places the NFE contract against PREPA’s historic pattern of mismanagement and lack of accountability. PREPA is currently engaged in a major “transformation” plan that will rely heavily on private contracting, and it was recently announced that NFE is on the short list for another lucrative PREPA contract. The NFE contract for the San Juan project appears to repeat many of the same offenses that has brought the agency and Puerto Rico to its current state of insolvency.

PREPA’s organizational structure requires a complete overhaul, including a new way to appoint executive directors who are free from political interference.